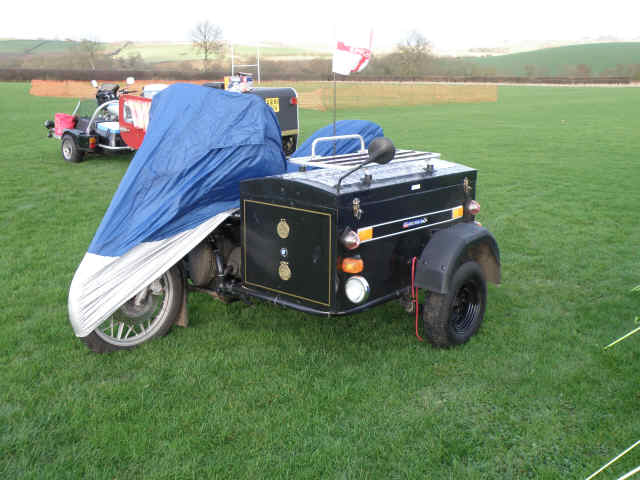 The Tri-Anglia Wheels winter camping weekend was a trifle damp; to be honest it was a wet one.  Even so, the turn was as good as ever which was fantastic. This did stretch the logistics of the Friday evening meal of the famous liver, bacon and sausage casserole a little, with over 30 opting for the home cooked meal. Those few who didn’t get vegetables, as they had run out, got a double sausage with their mash so it turned out OK. Next year we will have bigger pans so we can cope with the numbers. 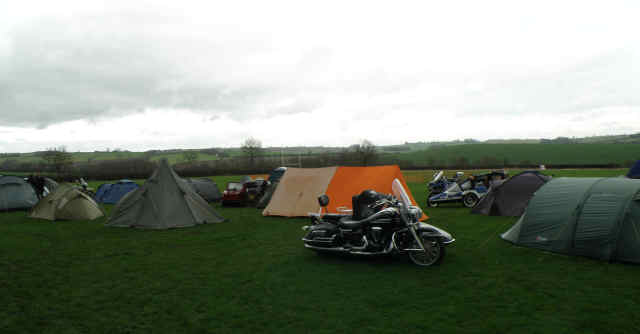 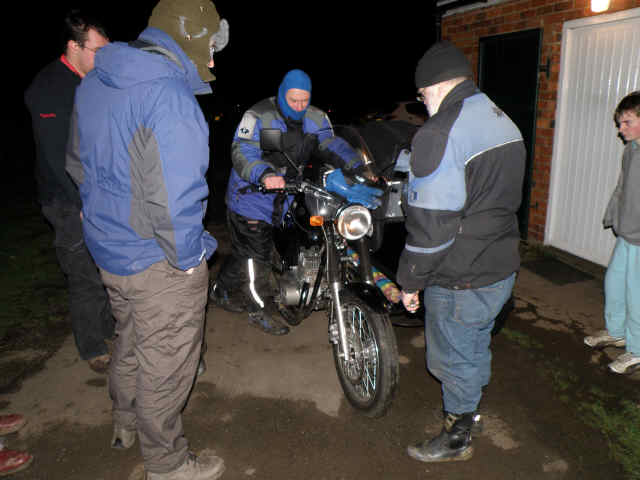 It was a rally of breakdowns; well a couple, Kev’s recently new Jawa outfit wouldn’t fire up, and, with several goes at trying, promptly filled the crankcase with fuel and oil. The plugs were well wet and oiled, even with cranking it over with no plugs in and petrol off, it still was full of fuel. Anyhow after warming up the plugs in the oven and much lead from a pencil the Jawa burst into life and dumped all the excess oil out of every orifice on the pair of exhausts, it reminded me of Lesley’s 350 Jupiter which was 20 to 1 mix in the tank. 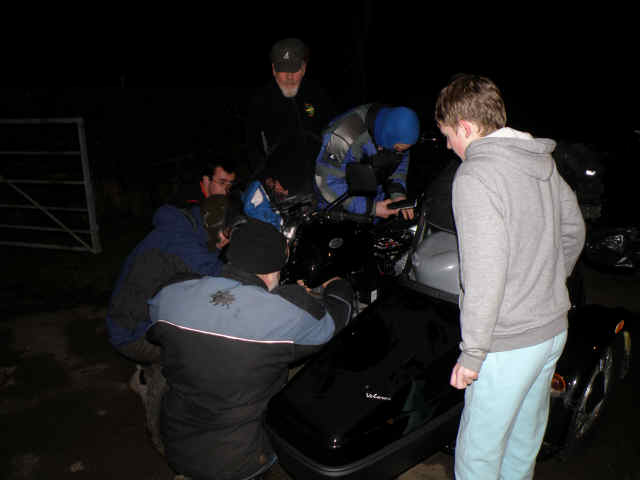 The new Jawa has direct automatic oil injection and care has to be taken as it is like other two-stokes with this system, much twisting of the throttle will pump a lot of oil into the little beast and make it a pig to start. However adding oil into the tank as well for running it in, I found strange and certainly didn’t help the situation. As with all two-strokes the standard spare you should carry is a set of plugs. 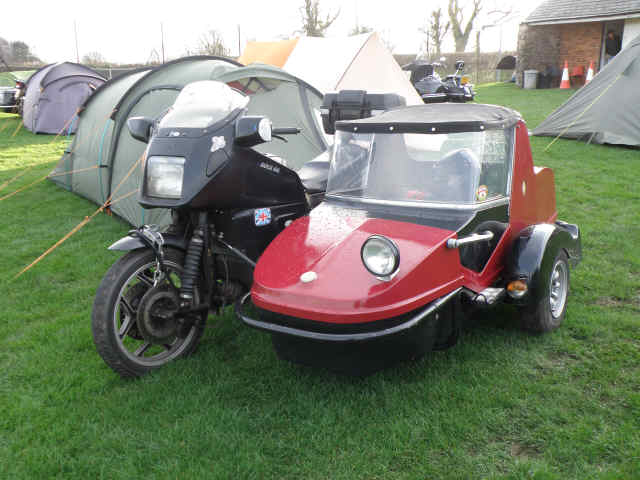 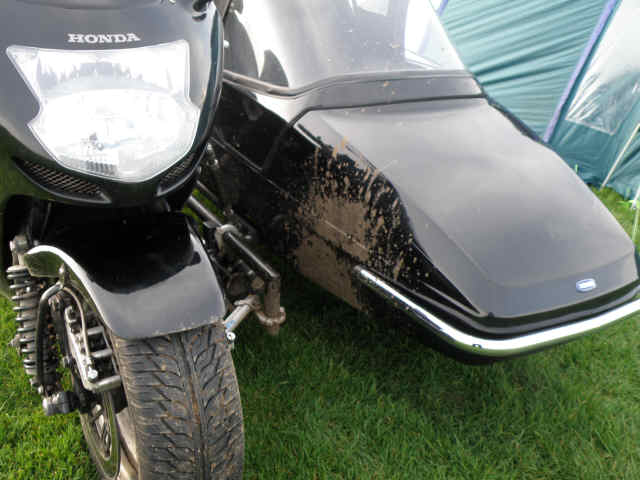 The grand prix didn’t suffer any non-starters and went off without any hitches, after many preliminary rounds the final was contested between Ozzy, Tracy and Myself with Tracy taking the spoils. 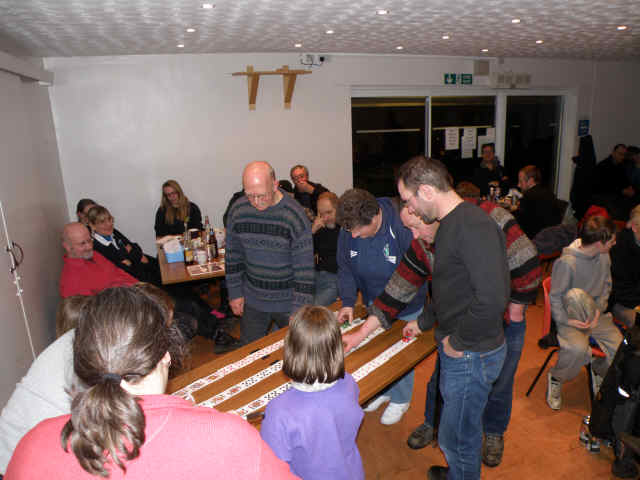 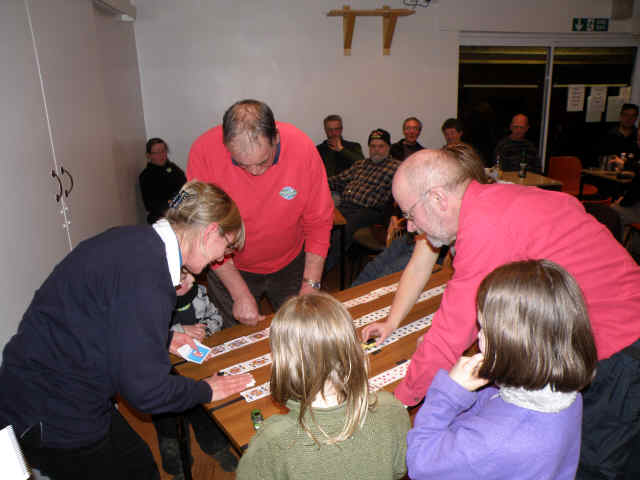 We did have a couple of attendees  who were worse for wear, Jenny drunk a wee bit too much on the Friday and Kate ate a bit too much on the Saturday, but it was more likely the combination of fish and chips with a big chocolate Easter bunny that proved the final straw. At least Dickie didn’t get a shoe full from Jenny this year as he was up in Scotland, the thing is, when it has got to come up the nearest container gets used. 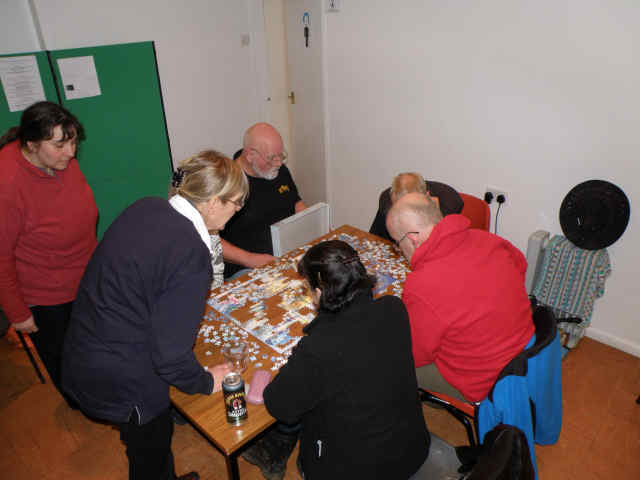 Sunday morning and it looked as if the rain had gone while everybody had the breakfast sandwiches but it was not to be fine for long with heavy drizzle by mid morning, as Foz said, “all I have to bring is eating irons and a mug so packing up the kit is easy”. 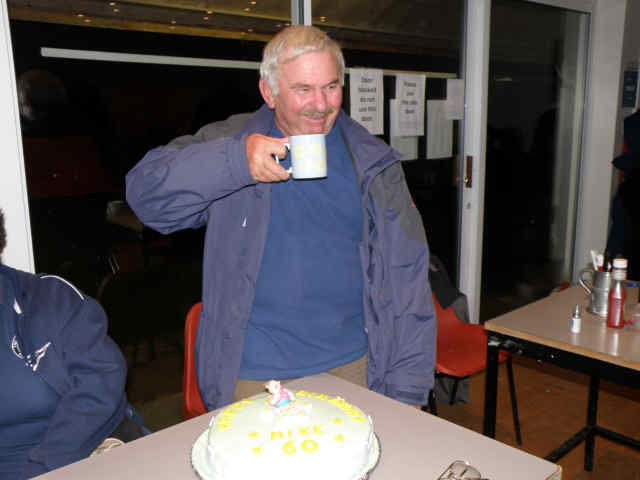 Some managed to get off the field without getting stuck, but one or two needed a hand; Mick had this all under control and made running repairs to the grass. 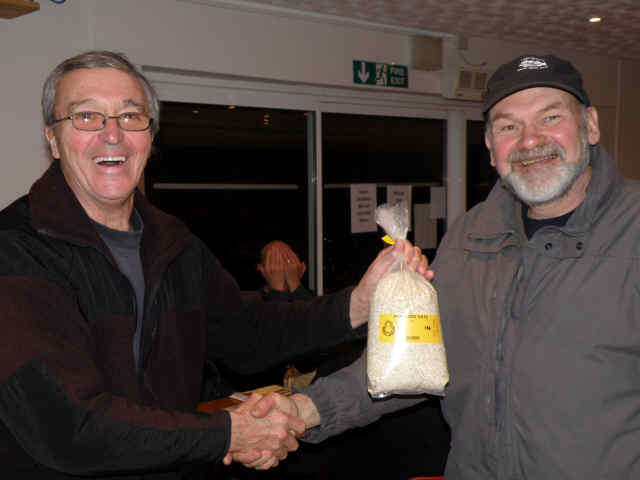 Our Michael had a special delivery from Frank all the way from France. As the attendees departed one returned, Mark on his 750 Guzzi. He had a puncture in his rear tyre, this was caused by a self tapping screw, so you could say he got screwed in the rear end, somewhat painful if you ask me. Anyhow international rescue came to his aid, plugged the hole with an on-the-rim repair kit and got him on his way, saving him the wait for breakdown truck. 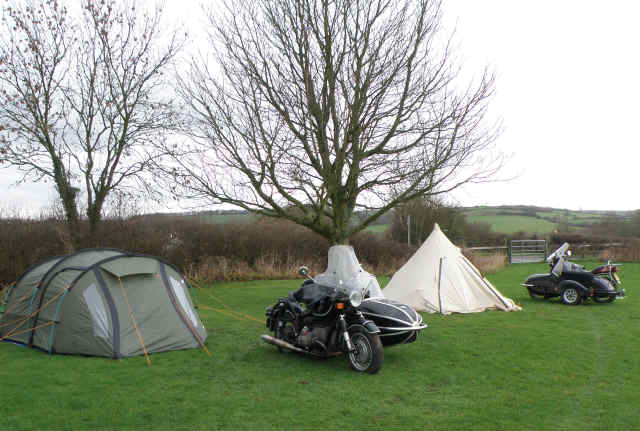 For Lesley and I it was a case of chuck everything in plastic bags with the help of fellow members and sort it all out when we got home. Many thanks to all who attended and made it a great weekend.

He should try this stuff https://www.youtube.com/watch?v=cY1YndLmbXQ 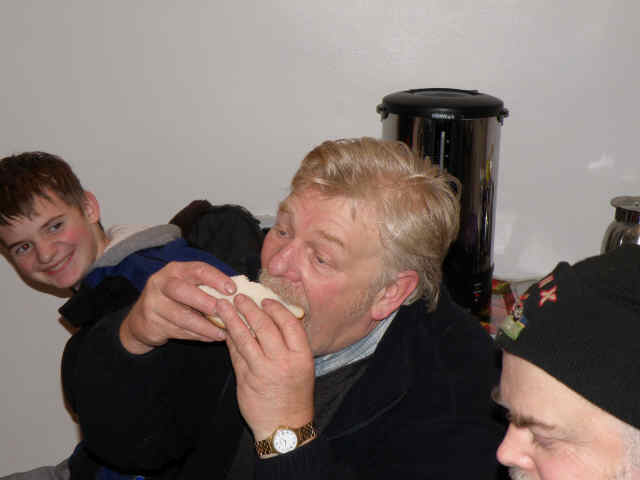 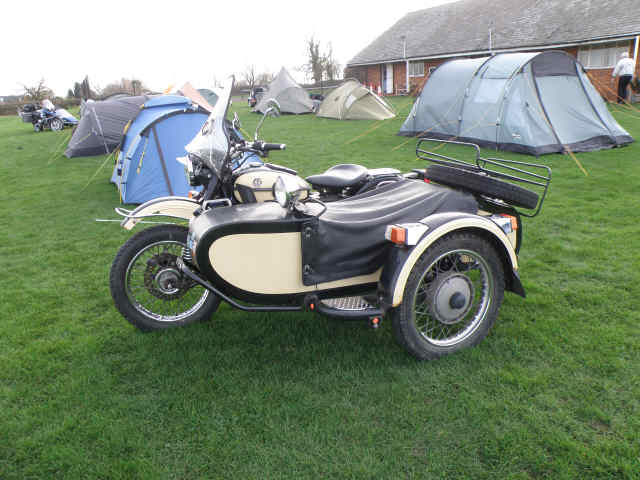 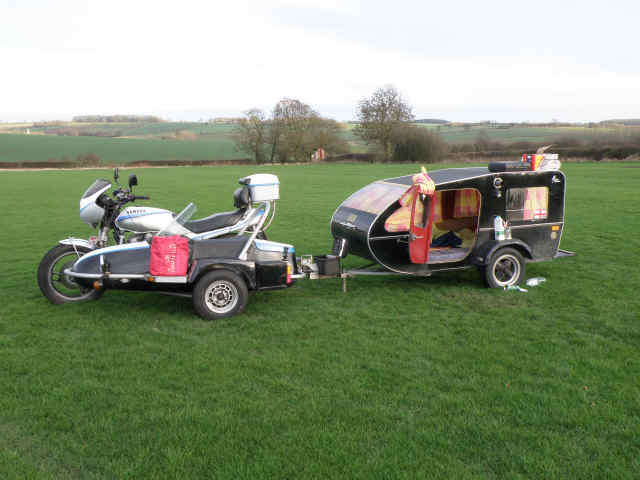 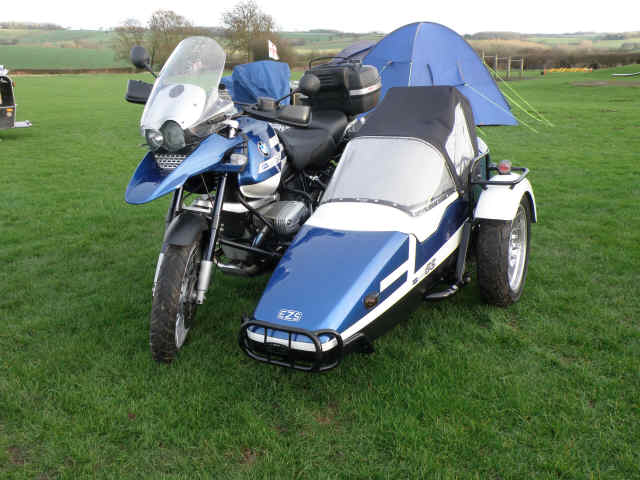