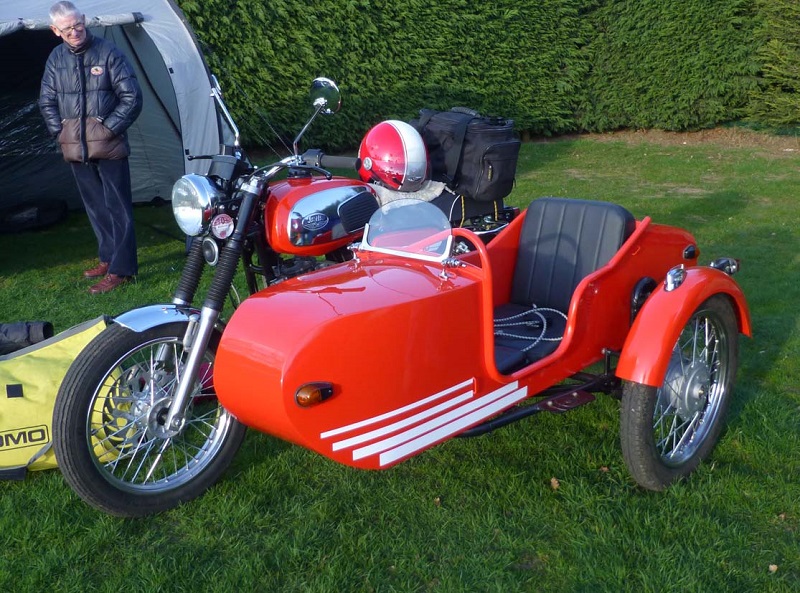 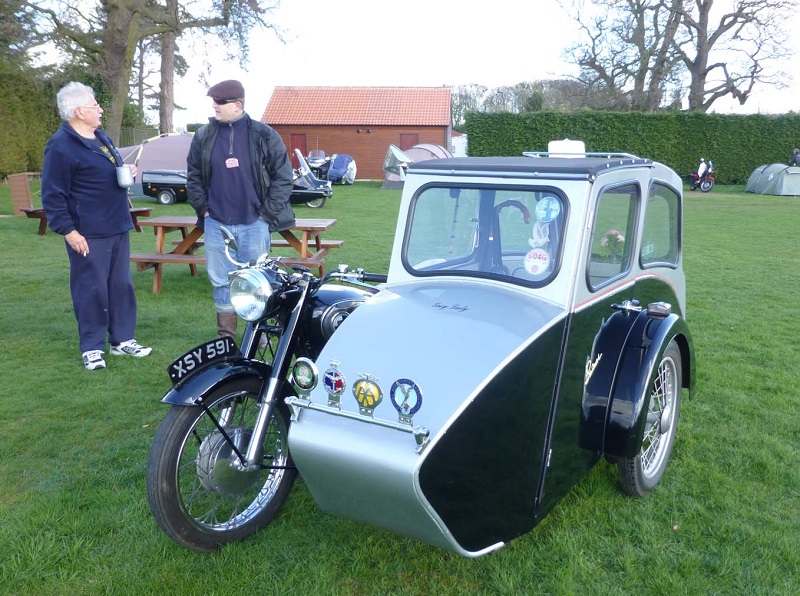 I had a nice ride up to North Runcton on Friday; the weather looked a bit iffy when I left home, and the over-trousers went on, but they were not needed on the journey. This year I had booked one of the campsite’s wooden pods. My friend, Wolfgang, had one last year and I thought that these looked good. 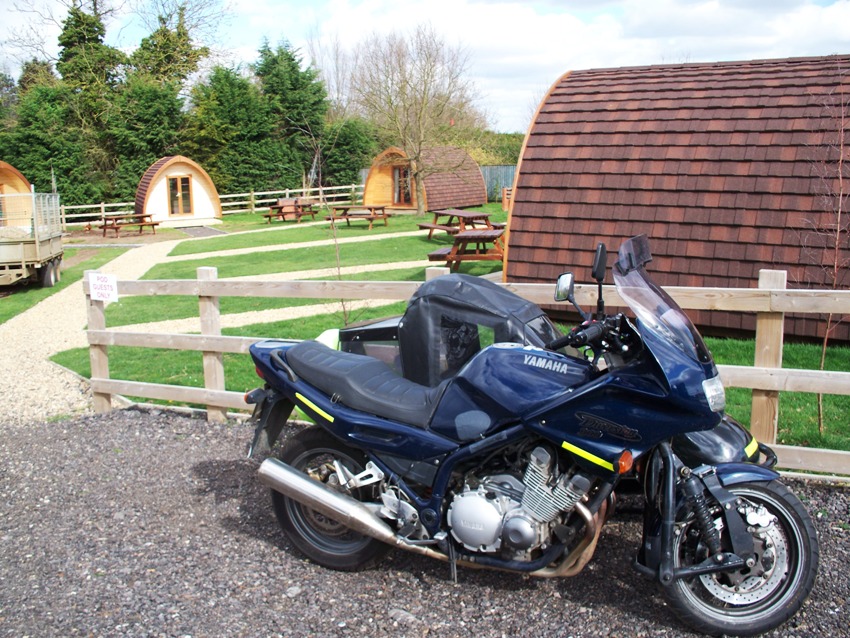 The campsite is a work in progress; last year there were 4 pods, now there are 6 and there are bases for two more laid out. They also have four super holiday chalets on site now; these sleep 6 and are very well equipped. Later on Friday I popped down to the local churchyard where my uncle and aunt are buried. 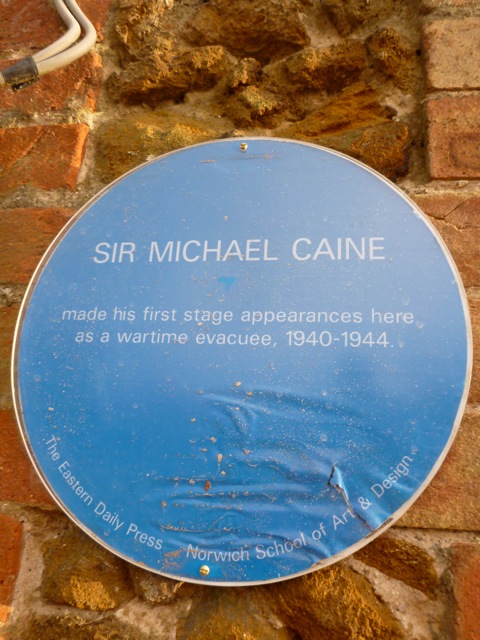 There is one of those blue circular plaques on the wall of a building opposite the church, with a surprising piece of information on it. About a superstar, but not many people will know that. 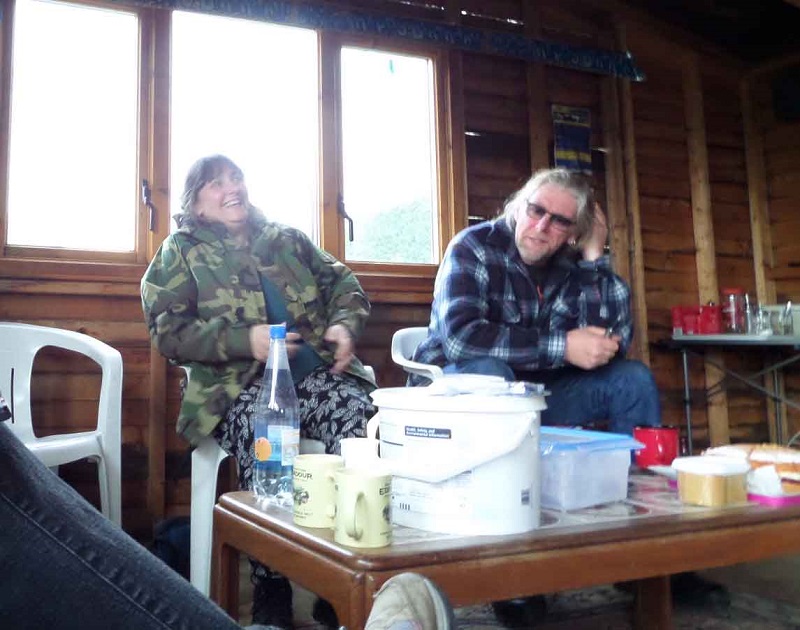 Friday evening saw a good crowd in the shed. Lesley organised the fish and chip order, which arrived in a huge cardboard box plus a carrier bag – the people in the chippy were on a bonus that night! It was a great evening; Paul (Martyn’s adopted pensioner) found out that his super camping chair has a design fault when on a slippery floor, and he kept us all entertained with his double back summersaults. 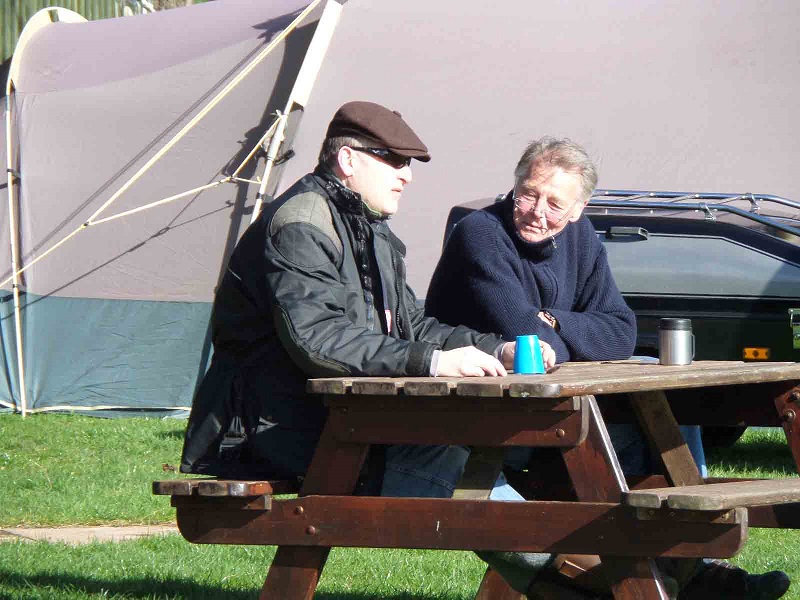 Saturday morning was bright and sunny and I had breakfast sitting outside my pod, with the resident chickens hanging around for any scraps which might fall off the table. Later in the morning Wolfgang and I took a ride out to Hunstanton. We had a stroll along the beach. 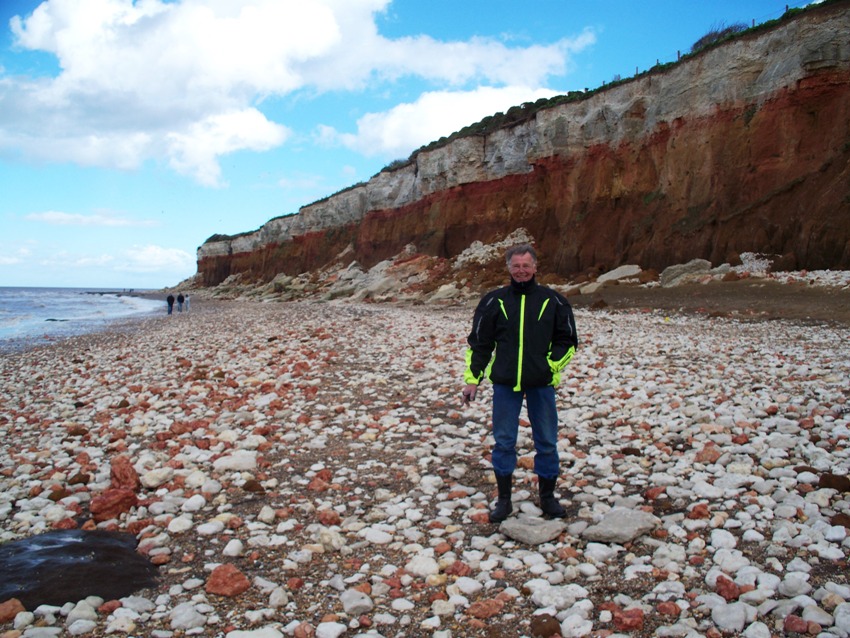 The cliffs by the beach are falling down and in some places you could see the old fence hanging in mid air. The cliffs are interesting in that they are multi-coloured – I have not seen red chalk before. Strolling around the town we spotted a busy cake shop/bakery, with the bread coming out of the oven as we walked in. Wolfgang’s trade was that of a baker; he spotted that the bread roll making machine was the same make as the one that he had used in his shop at home. We enjoyed a coffee and cake and I noticed that the shop sold German rye bread. I suggested that he might like to take one of these loaves made in Norfolk back home. On the way back to the campsite we stopped in Sandringham. I had hoped that we could see the church, but it was shut until April. However there were some lovely walks to be had in the woods, together with an interesting visitor centre. 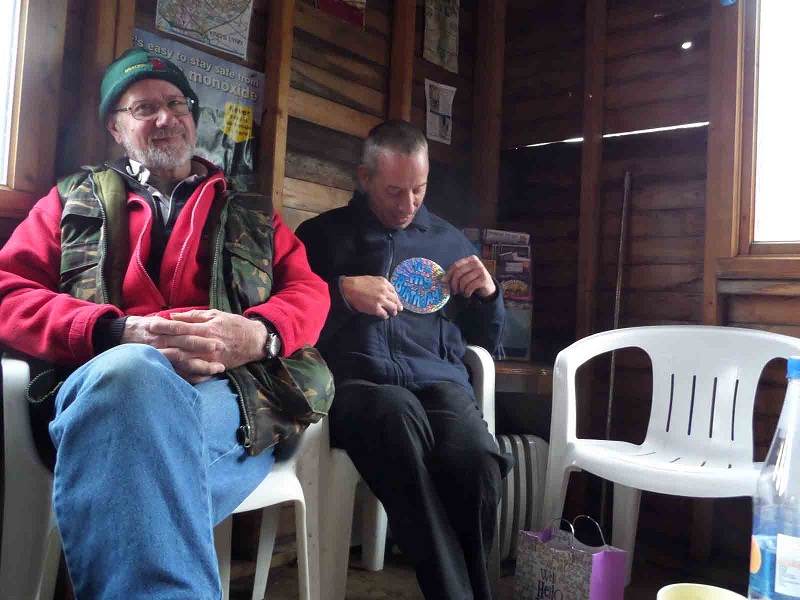 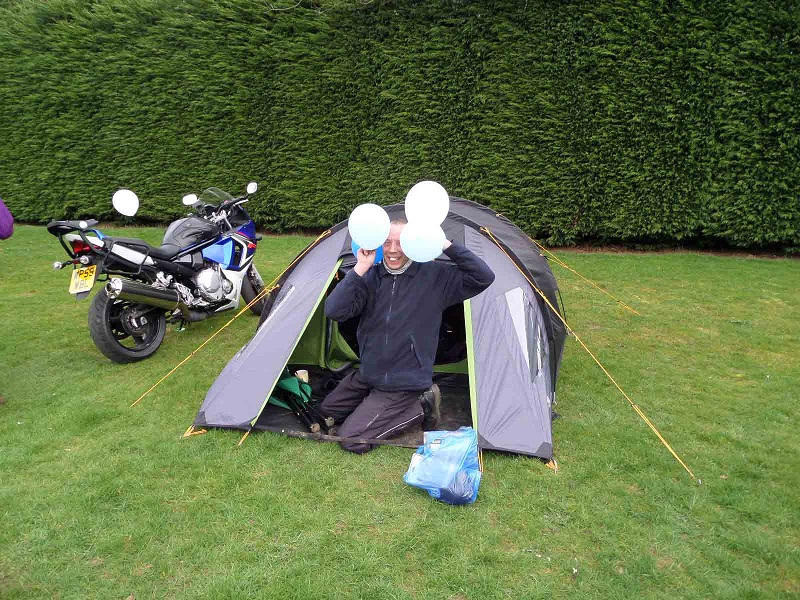 The local fish and chip made another delivery on Saturday night, but the order was smaller than Friday’s. The highlight of the evening was the Grand Prix;   the children’s one needed Adam to make the numbers up, and Alfie was the victor. 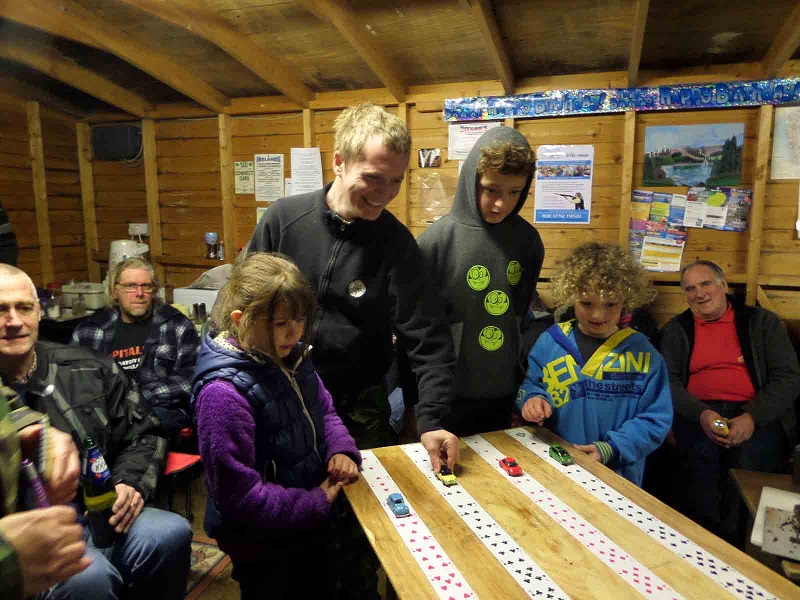 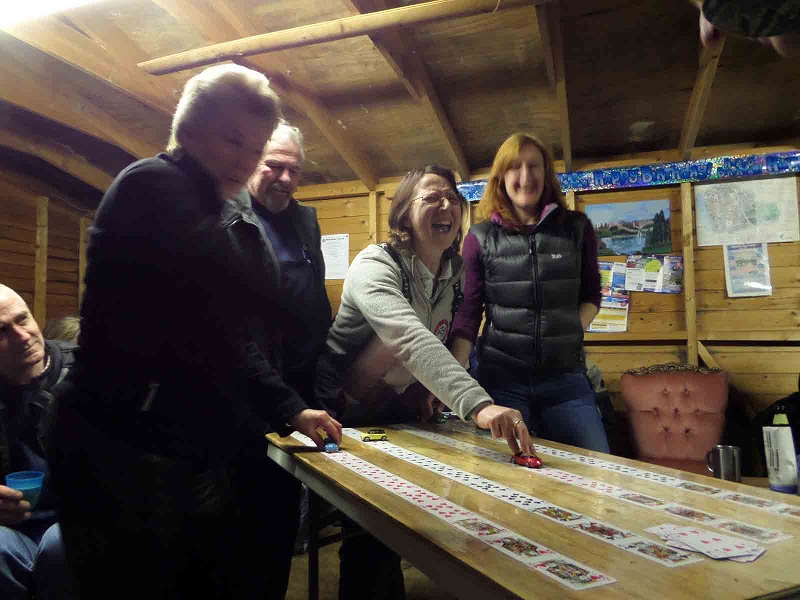 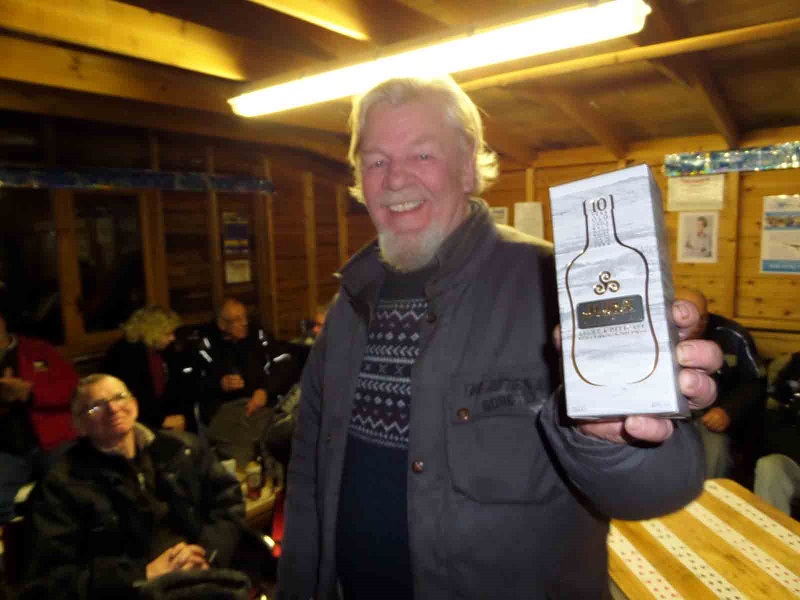 Ray won the adult Grand Prix and the prize of a bottle of whiskey. There was a good turnout with approximately 35 units turning up. 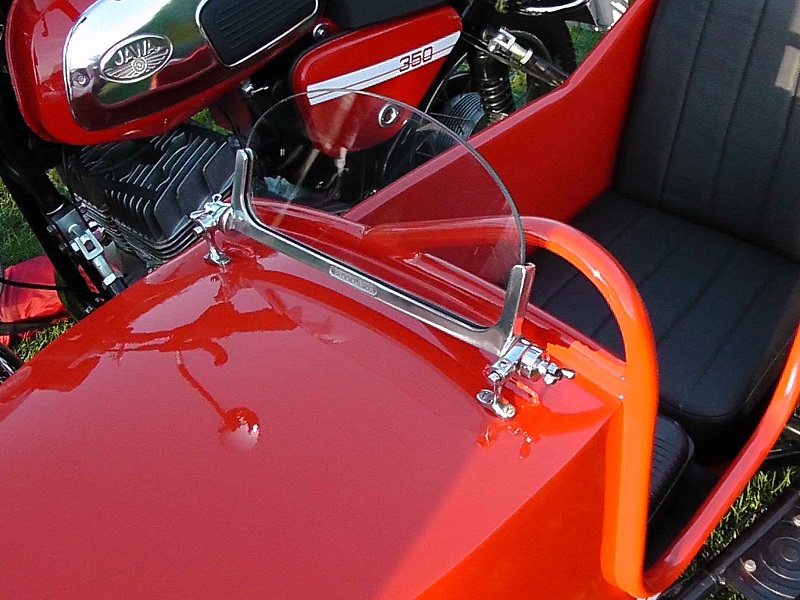 Dave Angel arrived on his Jawa Retro outfit which was of interest to Wolfgang as he is now into Jawa motorcycles. Last March it was very cold, and Wolfgang got frost bitten hands on his ride home. However this time he came prepared with heated grips and muffs, but the weather was warmer, and he most probably only switched them on as he rode through the night.This was another great camping weekend, on an excellent campsite.

Thanks to the organisers for their hard work. 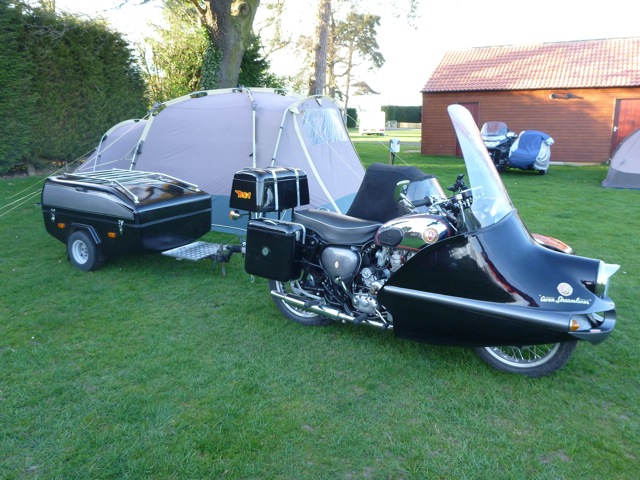 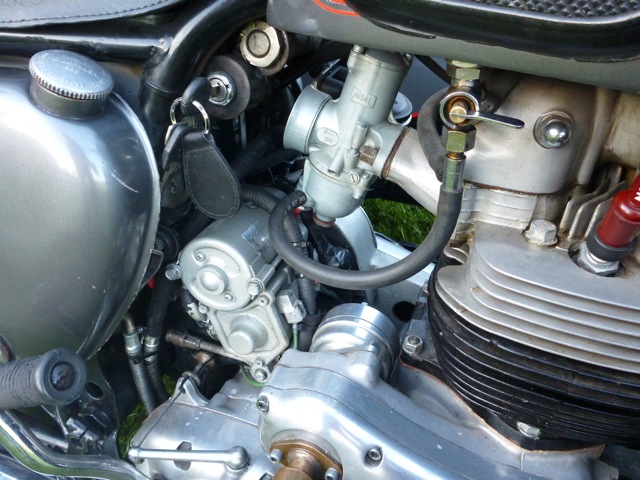 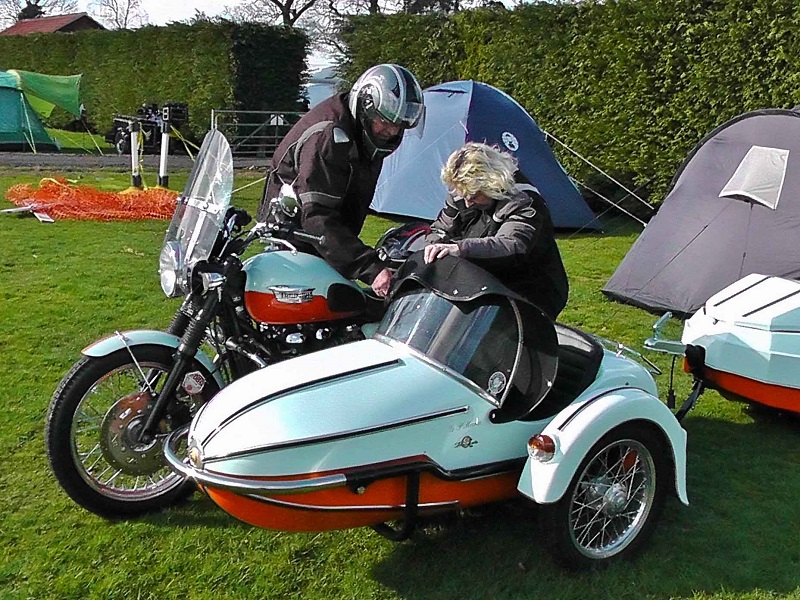 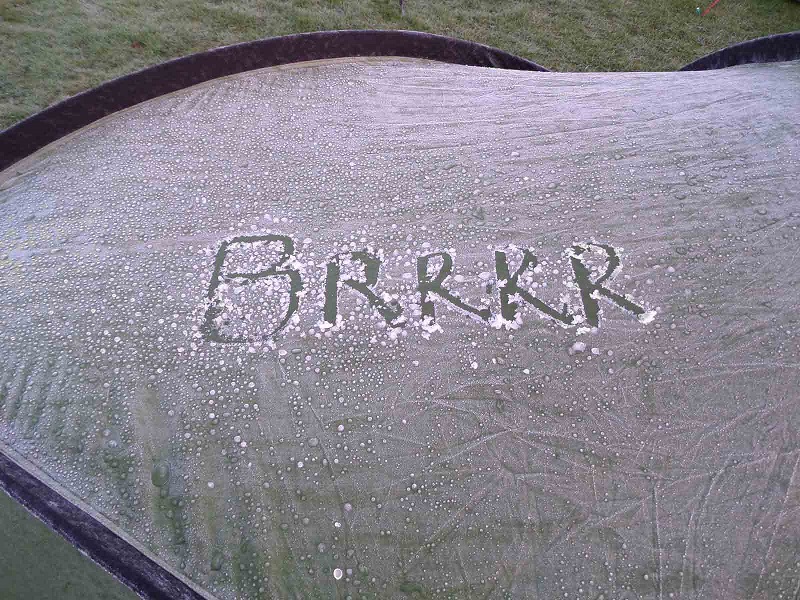 Early Friday afternoon (21st March) l find myself in North Runcton for the Sidecarlanders Camping Weekend, however Steve of Sawley is trying out a POD which he seems to like a lot, for his weekend in North Runcton. Of cause Michael’s under canvas beneath the star’s and frost!
We need a few drinks for the weekend so we rode to the Beers of Europe ware house <http://www.beersofeurope.co.uk> and l find an old favourite from my time in the RNR <http://www.pussers.com/t-rum.aspx> so l purchase a bottle for the weekend, of cause for its reviving powers!!! & click on this <http://www.youtube.com/watch?v=ak7-2KbrZjo> 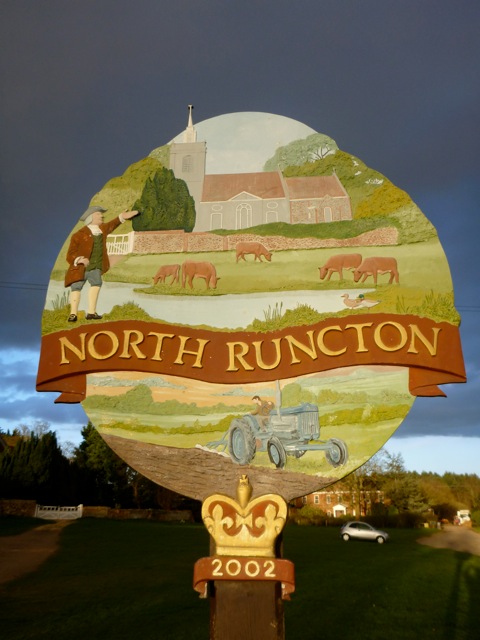 Later in the evening we take a walk into the village and find a church with a rainbow, plus a school with a blue plaque about a evacuee that started his acting career in this village.
When we return for our fish & chip supper, just perfect for the ‘Sidecarlanders’ 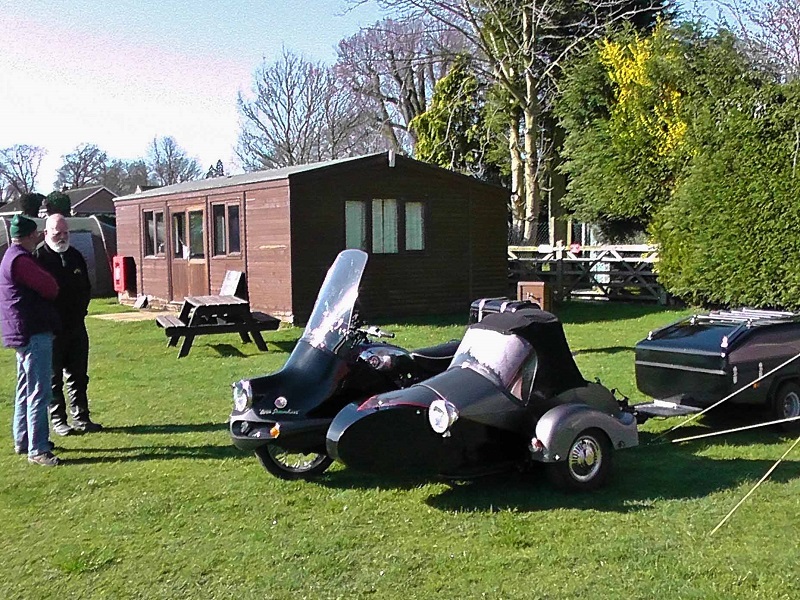 Saturday morning chance to take a few photos of some of the outfits on site, like David of March and his BSA/Avon Steamliner fairing with its HD starter motor fitted over the winter months andDavid of F2 with his Jawa/India sidecar. 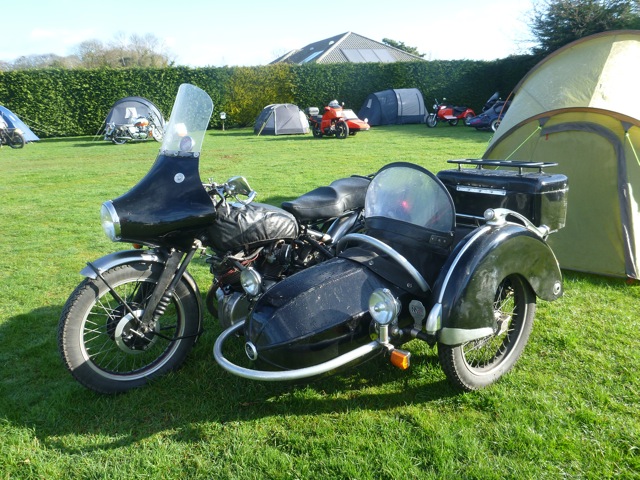 A Vincent with a Steib sidecar.

Now time to take a FREE RIDE on a BUS, yes bus pass to the fore and next stop Kings Lynn.
With Kings Lynn being member of The Hanseatic League (Merchant guilds) from the 13th to 17th century, so lots of sea faring maritime history to witness. 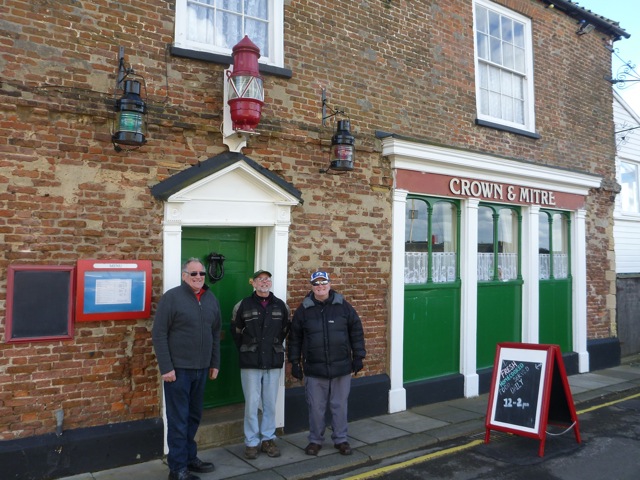 Three ‘Likely Lads’ (Paul, Alf, Steve) find the Crown & Mitre pub then it seems they meet up with the ‘Press Gang’ and take the ‘King’s Shilling’ and now they are joining Captain George Vancouver RN to explore & chart North America’s north-western Pacific Coast! Then we come across a ‘Minster’ built over 900 years ago. Kings Lynn also a place for motorcycle Speedway <http://www.kingslynnstars.co/> 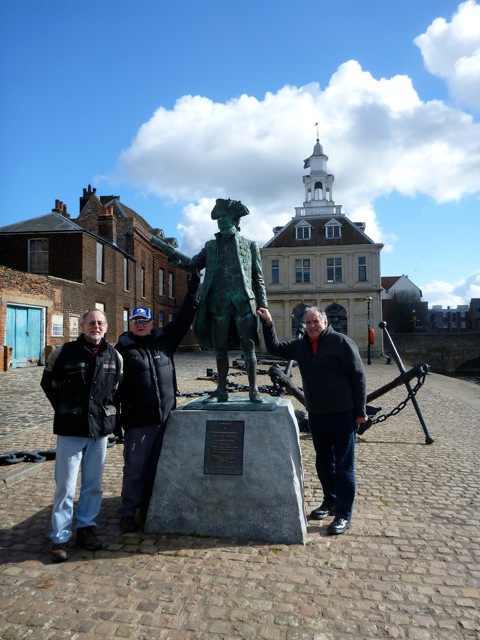 Saturday evening time to walk again, this time for our diner to the village of Fair Green and ‘The Gate’ <http://www.thegatemiddleton.co.uk/> for our evening meal ,we are little early and found the pub closed, however our banging brings a welcome response. Two x Lamb shanks in red wine please, which just melted in the mouth. Paul the birthday boy turned up a little later at the pub and it seems he had to fore go his ‘Lamb Shank’ the cupboard was bare? 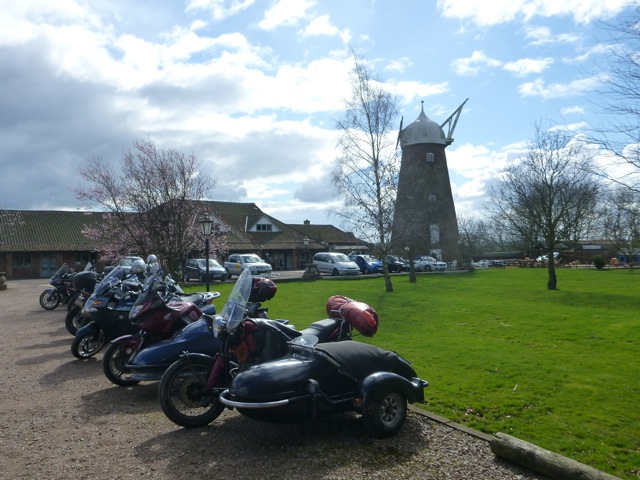 Sunday morning time for home again and on route, time for a light snack at the Wymondham Wind Mill http://www.wymondhamwindmill.co.uk/ 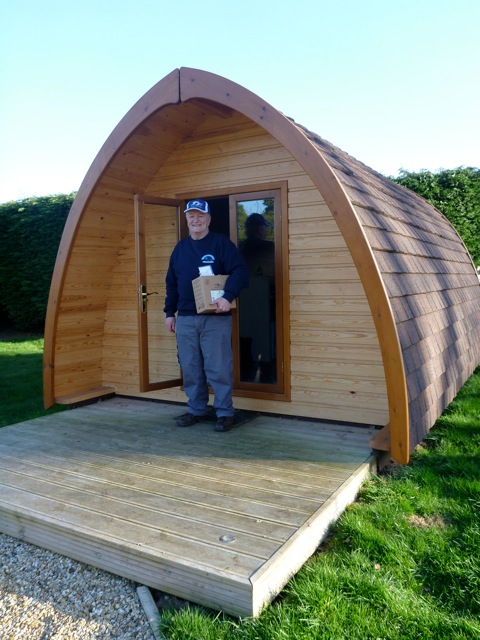 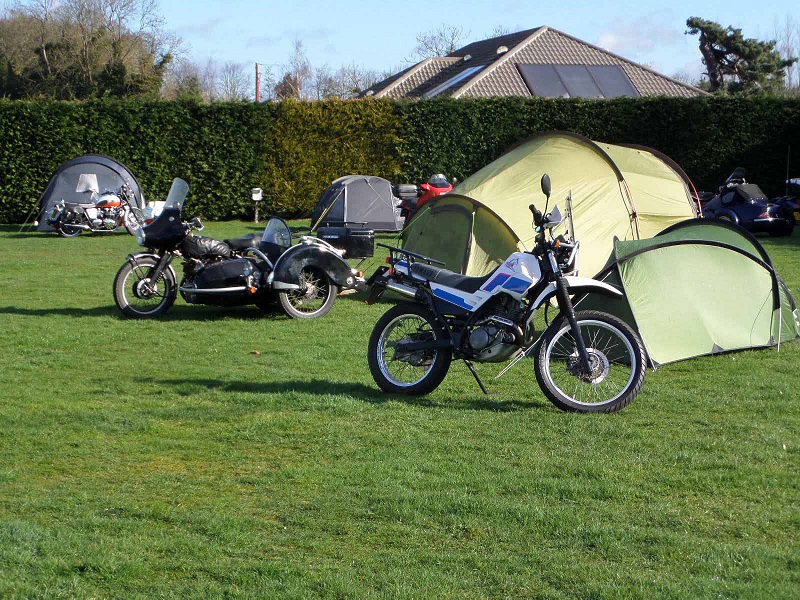 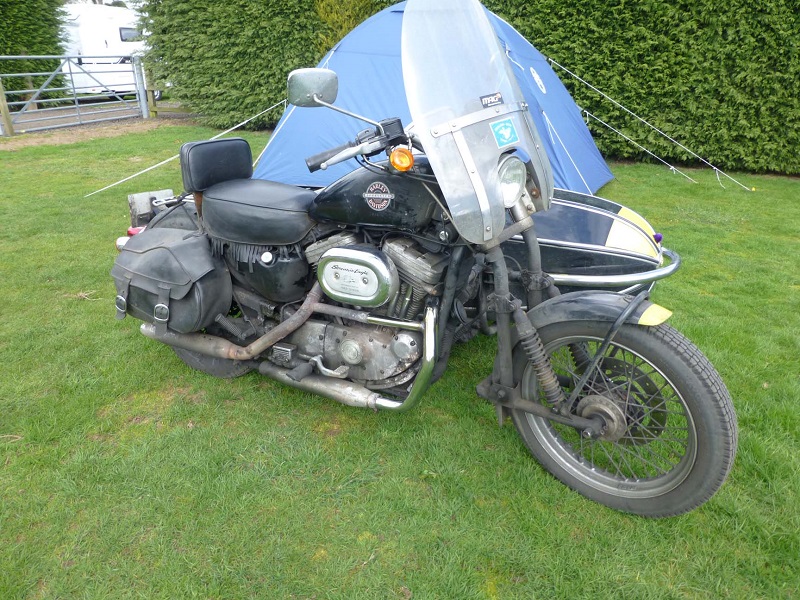 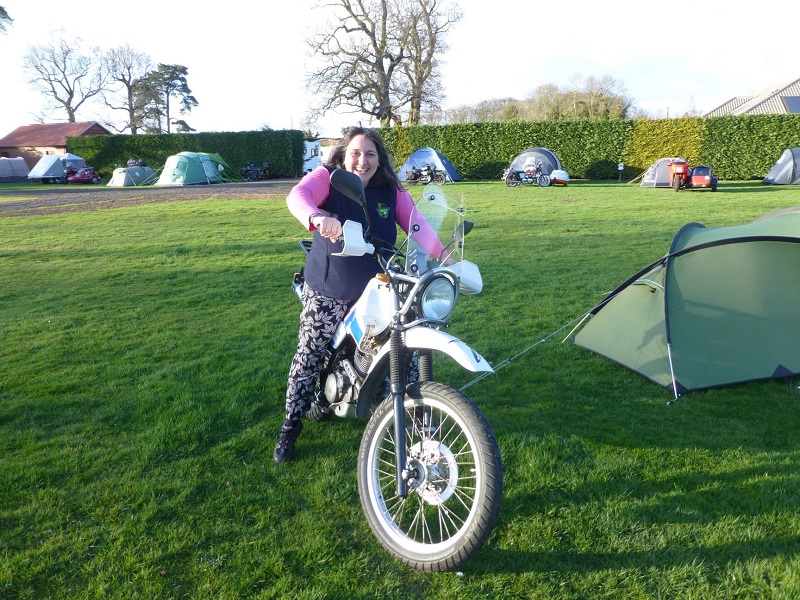 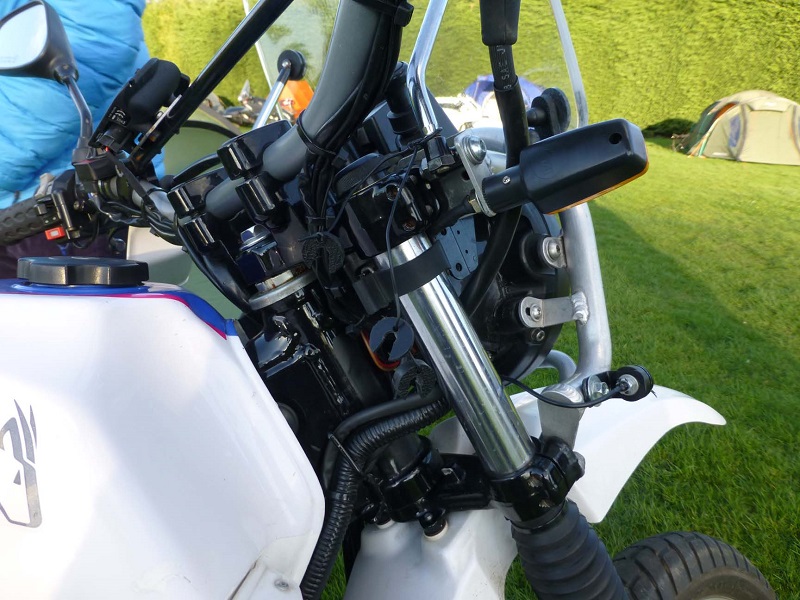 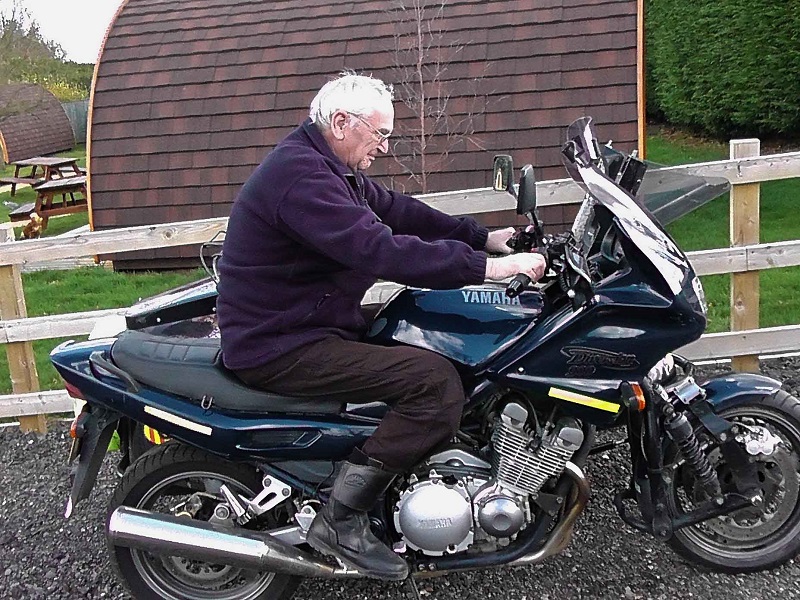