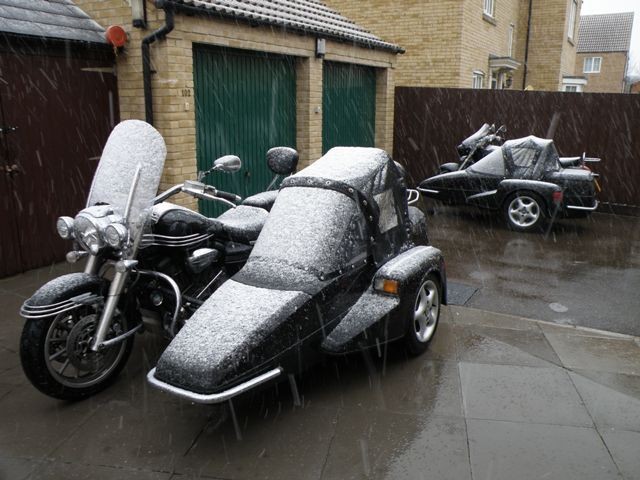 4 Seasons in one Weekend

It all started with nice sunny warm weather for the Tri-Anglia Wheels Sidecar camp. With everything prepared on the refreshment front, David sorting out the cones and taping off the rugby pitch, there was a steady flow of arrivals from mid-morning on the Friday; some of those who had planned to arrive later in the evening had even booked the meal in advance. 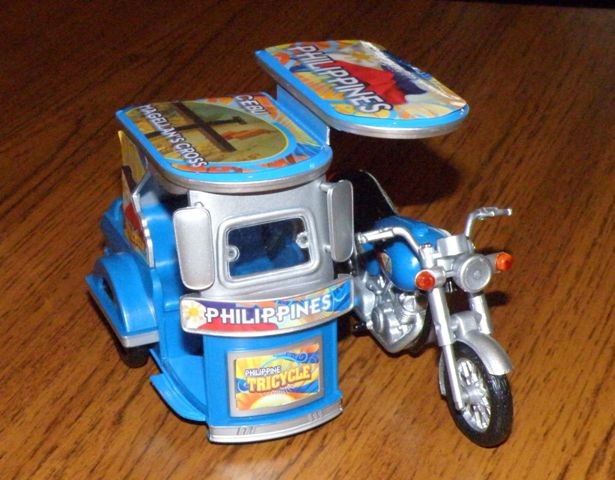 With slow cookers cooking the casserole, I prepared the carrots and the onions for the gravy. Ann and Jeff arrived and Ann volunteered to do the spuds which was a big help as I looked a little lost. Ann had also brought two large cakes and Two Cakes arrived with a tin of moist muffins, Lydia baked some tea cakes which are very popular and Lesley even made sure she had made some cherry muffins for Dickie and there were some left just for him. 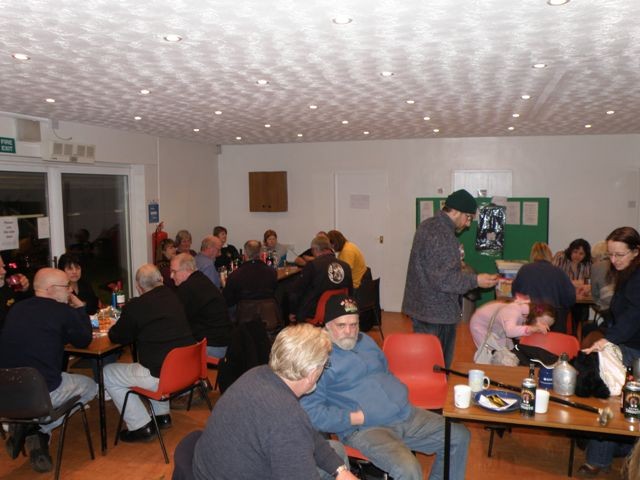 Lesley headed straight from work and arrived a little earlier this year. With the spuds cooked chief masher this year was Dickie and once suitably pulverised we served up 33 dinners and it seemed to be enjoyed by all. Plenty to go round with a little seconds if anyone wanted some, after doing it now for a few years we seem to have got it perfected with the amount required and timing and it does make for a nice social event in the hall. 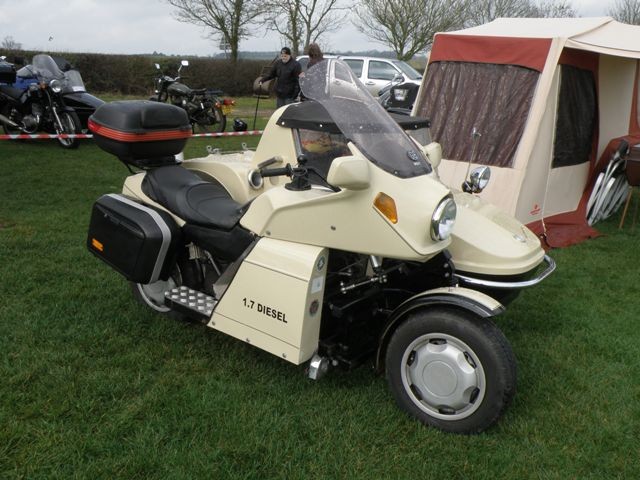 As usual lots who attend frequented the local pubs and they must see a boost in their takings the two weekends of the year we run an event in the village, so much so, the local church ladies ask when our summer event is on and then hold their cream tea weekend on the same weekend as our summer event. 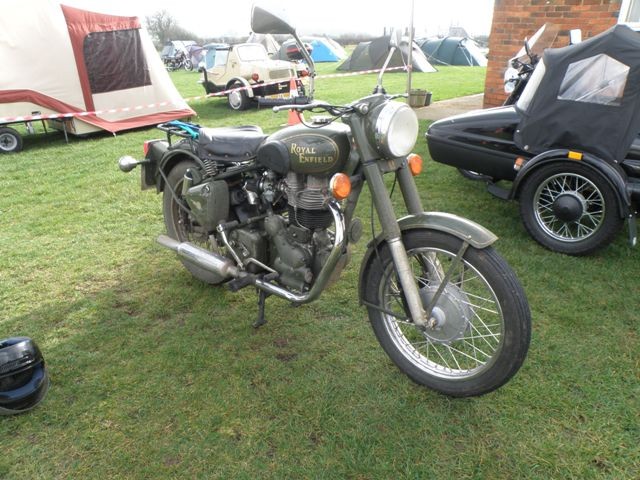 Saturday morning and it was raining and looked as if it was going to spoil the day but the wind got up (could have been the onion gravy) and it cleared and just about most took a ride out, with quite a few heading to Foxton Locks http://en.wikipedia.org/wiki/Foxton_Locks and   http://www.fipt.org.uk/ . Our Intercontinental traveller, Michael found his way to Aldi in Market Harborough to pick up essential supplies to celebrate his 64thbirthday with fellow campers, wine, G & T’s, drinks, cheeses, nibbles and big bags of sweets for the children, a mini banquet in the afternoon. 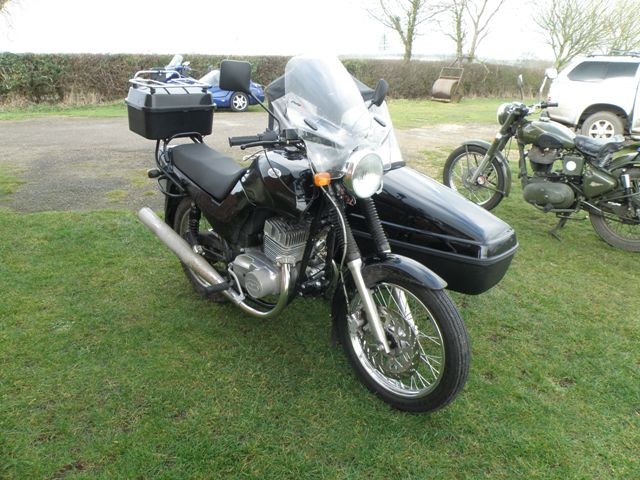 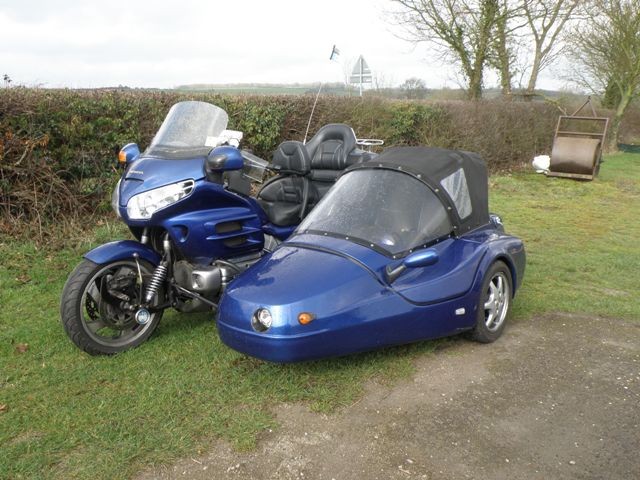 We had lots of day visitors on the Saturday with many staying for the evening fish and chip van that visits on site. After the fish and chips it was time for the grand prix. First round was for Rebbeca, Katie and James and muggings (me) had forgotten to bring any prizes for the winner and runners up but Carolyn (their mum) helped me out. I should know by now they will be there; come rain, wind, show or gales. 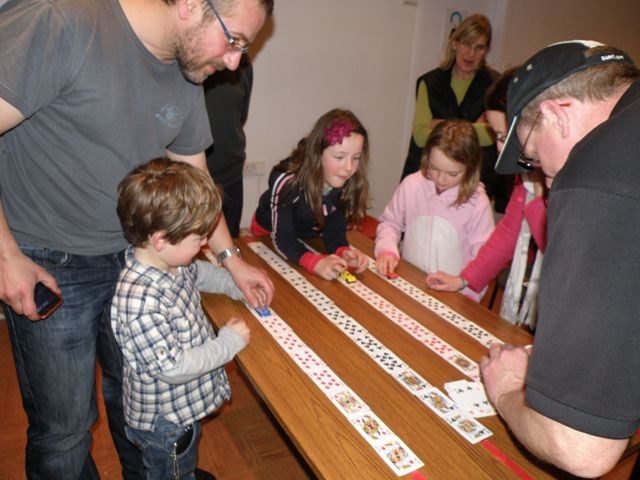 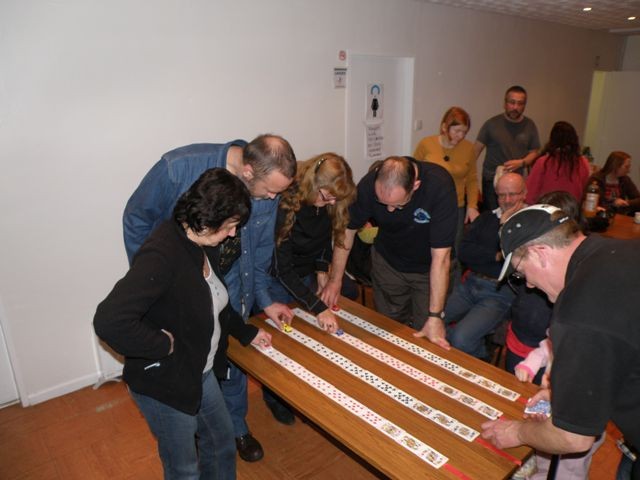 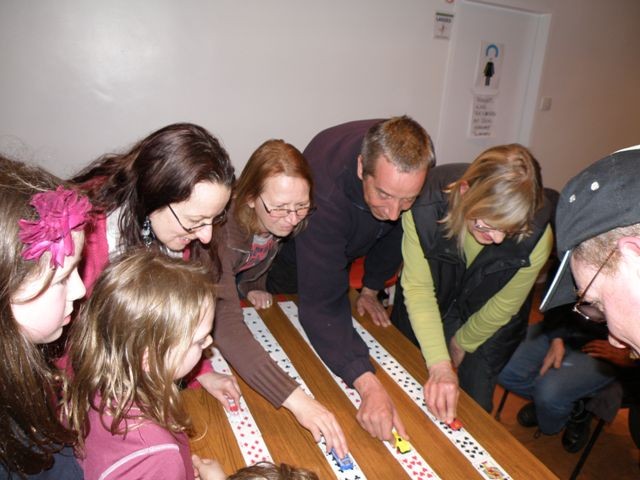 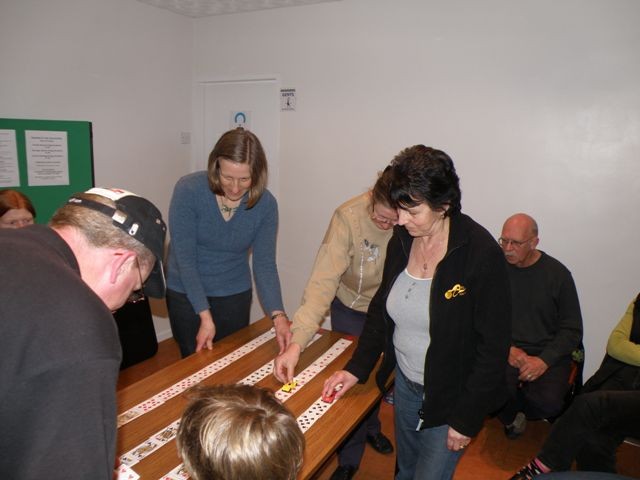 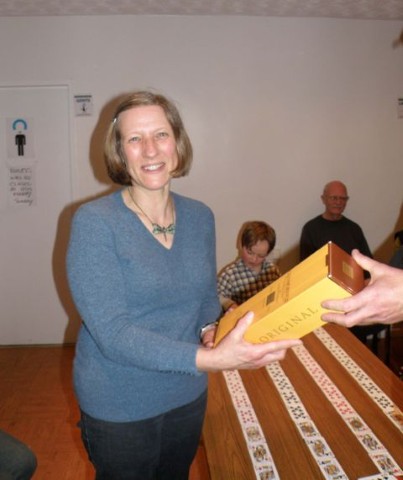 The adults grand prix; well what can I say, Lesley put Ozzy in a round with three women and he still couldn’t win, he could have even come last for all I know and all that talk at the first Easter Egg at Burghwallis of Ozzy’s sidecar racing school for girlies. After all the rounds had been completed it was an all-women final, the first time that has happened. The final was won by Karen, the first time she has attended this event along with her husband. Dickie, with his racing hat back on for the event donated and presented Karen with a bottle of single malt. Karen told us she had never travelled in the sidecar in the rain, oh dear, she was in for a nice surprise on the Sunday. 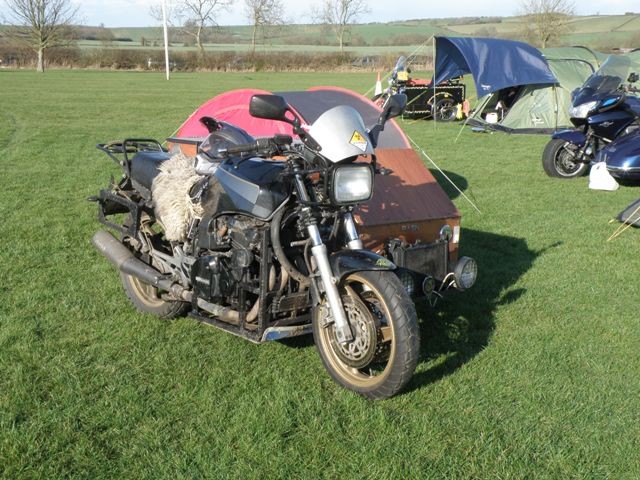 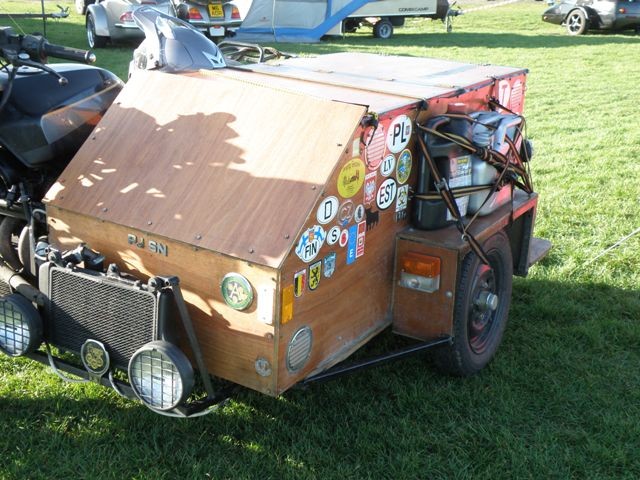 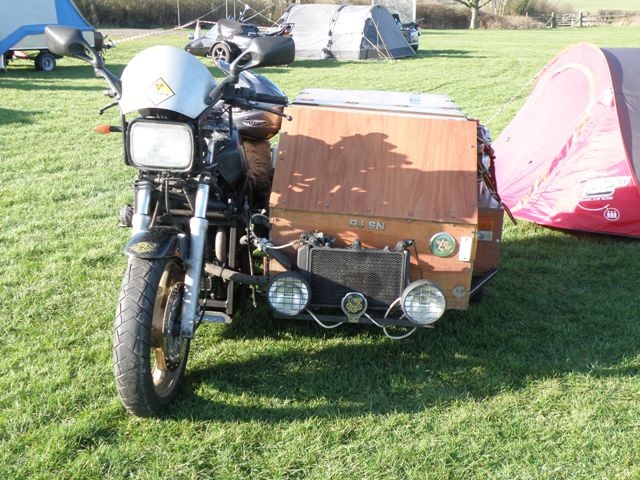 We had a power cut late on the Saturday along with the whole village being plunged into darkness, no problem just out with the lanterns and torches, for those down the pubs it was candle power. If you see me on a rally field and want to hear one of those funny stories of me being a complete numty just ask me about the phone call from the “Shark” trying to let me know about the candles in his, well Karen’s (another Karen) sidecar. After the power went on and off a few times it was finally sorted by men playing with their laptops in the village by midnight, computers aren’t they marvellous. 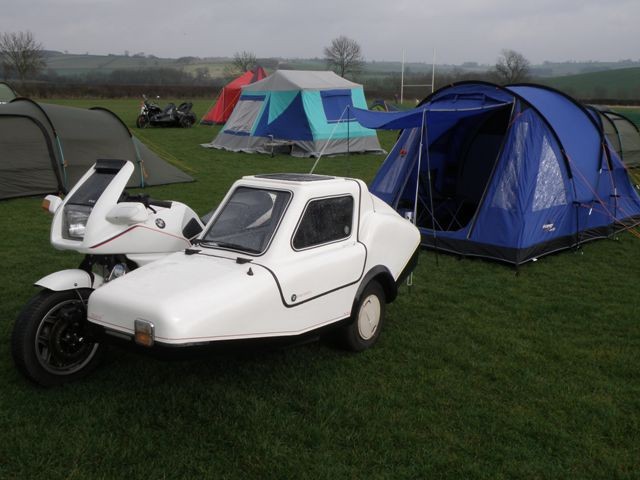 Sunday morning and it was persisting it down, one of the wettest pack-ups for a long time and what looked to be a very wet ride home for all. It was going to be a slightly early pack up this year as the water was going to be turned off at midday on the Sunday as there was a mains leak the other side of the road. The workman had been planning to do it on Friday evening but when they saw everyone turning up came over and we had a chat they postponed the work until the Sunday, many thanks to Seven Trent for their co-operation because it would have thrown a spanner into the works with no water on the Friday. 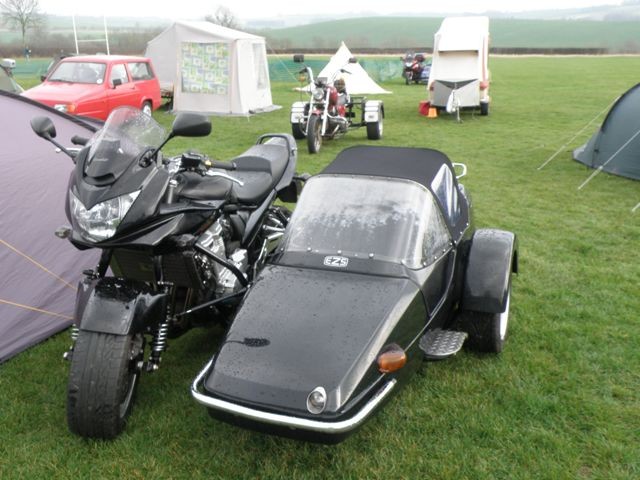 Only one bike refused to start, Phil’s just didn’t want to go, but after a little help from Ozzy, the mop bandit, it fired up and it was time to shut up shop until the next time and face the wet ride home which turned out to be snow by the time we got home, the joys of camping. 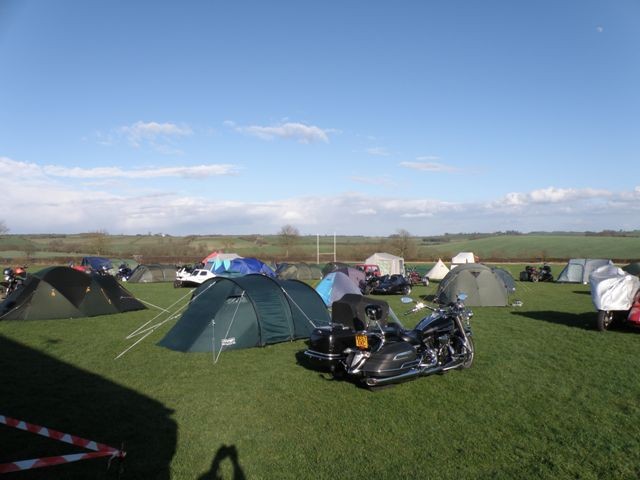 Sadly for us it was the first rally since Terry (founder member Aka Lord Hallaton) had passed away, but in true tradition we raised a glass to Terry on the Saturday and even though Terry wasn’t there somehow I felt he had been. 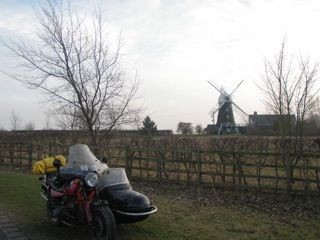 Its midday Friday the 2nd March and l have a PROBLEM with my www.ctekchargers.co.uk   it is showing that my www.odysseybatteriesonline.co.uk is giving a amber reading and the BMW Mystic will not turn over or fire up, so l have to exchange over my ODYSSEY on the G/S. but l lose my thought flow, and forget to pack my towel and my wrist watch! (no shower this weekend) 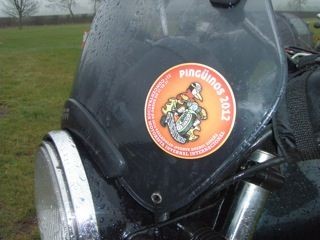 The first weekend in March, it must be www.sidecarland.com/Pages/Events.aspx and went l arrived l was pleasantly surprised to see a large number of outfits camping on the field. One solo that caught my interest was with a sticker from the http://62.193.193.75/informacion.htm ridden by Man of Kent Pete. That evening greatly enjoyed my liver supper and gossip from fellow sidecarriists. 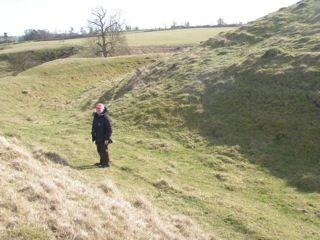 Saturday morning rode into Market Harborough for provisions at 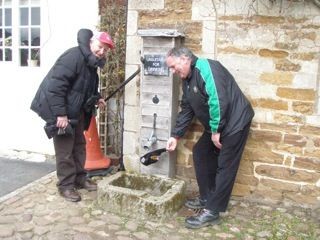 Aldi and on returning to the site Steve had also arrived, plus the SUN was shinning! Over a coffee we perused the Ordnance Survey Map of the area and made our way to Castle Hill, Mote and Bailey, near Hallaton (would this “Sidecar Time Team” find more of the http://www.mandh-online.com/tv/harborough-museum/content/1095/harborough_museum also on this DIG was “Chad of Swad” however the only DIGGINGS/SETTS , we found was that of BADGERS! 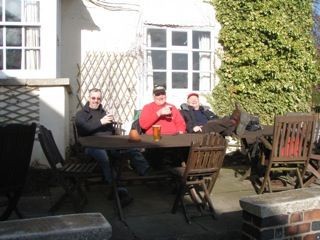 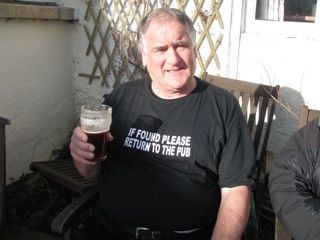 After all this walking/climbing a thing called THIRST occurs so we return to the hamlet of Hallation for relief! That evening we have a few nibbles & treats because yours truly his going on http://www.youtube.com/watch?v=tGtSpsYURAQ 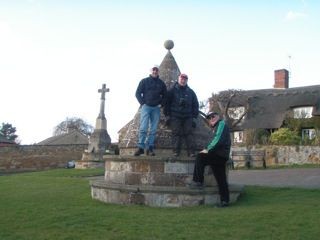 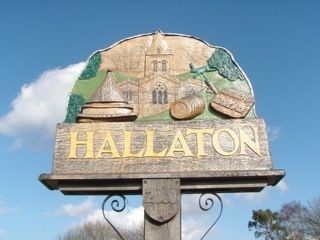 Bye for now from a 64 year old. Michael.