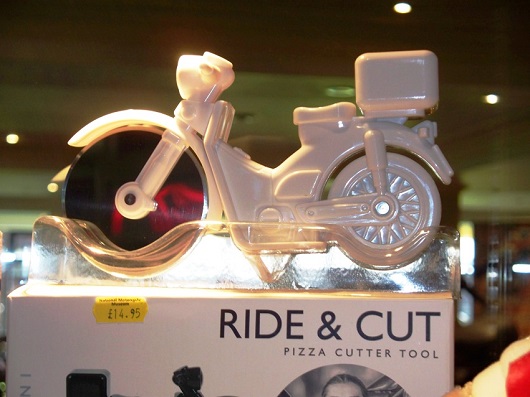 For those with a Pizza delivery rack 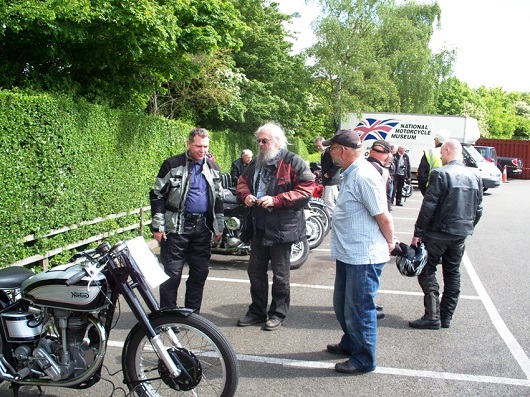 The Real Classic motorcycle magazine that I subscribe to organised a “ride into” this museum on the 21st of May this year. Chris and I decided to have a run to the museum; the weather was nice, considering the rain we had on the preceding two days. We were one of the first to arrive at the museum. The car park attendant asked us how many motorcycles were likely to arrive, and I guessed at about 100. The museum had sectioned off part of the parking spaces just for the motorcycles. Frank and Rowena run the magazine and talking, to her later on, she estimated that between 20 to 150 could arrive – as she said, you just can not tell how many will make it on the day. 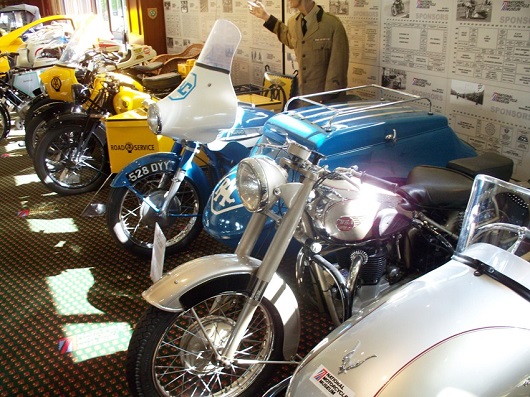 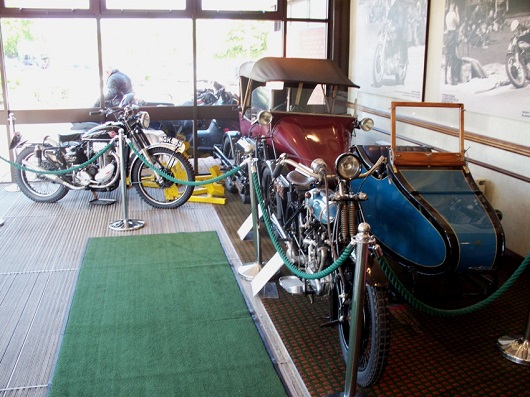 For a sidecarrist the Entrance Hall had 5 bikes on display – all of them with sidecars attached!! This is a great museum with 850 British motorcycles on display at any one time, divided up into 5 halls. Chris and I wandered around the shop before the car park filled up. 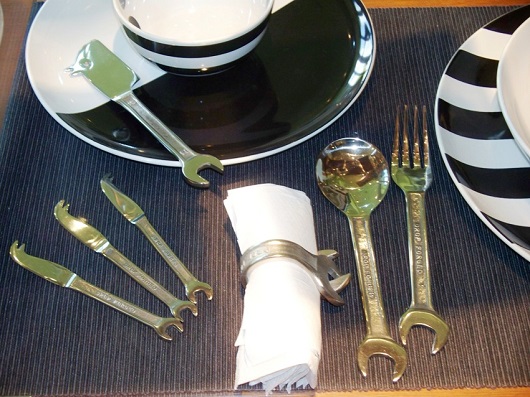 There was some nice stuff on display, including “spanner” cutlery and napkin rings – obviously for the man who has everything – or who wants to tinker with his bike while eating his dinner!! For those of you who like pizza there was a pizza cutter in the shape of a motorcycle for sale. The magazine had organised a discount of nearly 50% on the entrance price for Real Classic readers, and 10% off food in the restaurant and any sales in the shop. 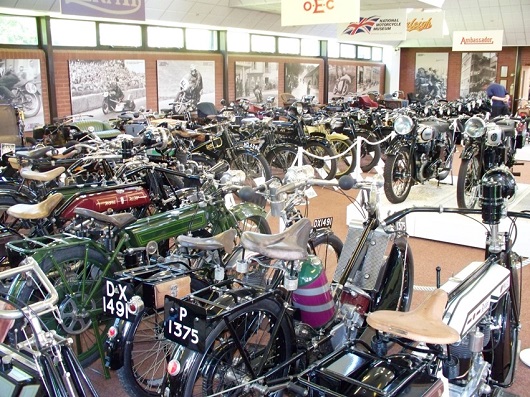 Museum Director, James, gave us an introductory talk at 11.00 am. He told us that the museum is doing very well, especially since in 2014, they started up a “Become a Friend of the Museum Club”. This has some good ideas. They have “Try a Classic Bike” training days; they also do escorted bike tours, riding bikes like Broughs and Vincents and other iconic names. We were told that the museum had signed up William Dunlop to ride a Norton Rotary in the Classic TT later this year, and also they have six more John Player Norton rotaries that they will parade on Saturday. James later mentioned that at midday they would start up a couple of special bikes. With half an hour to spare I decided to meet Chris and get a coffee and a bacon sandwich in the restaurant. 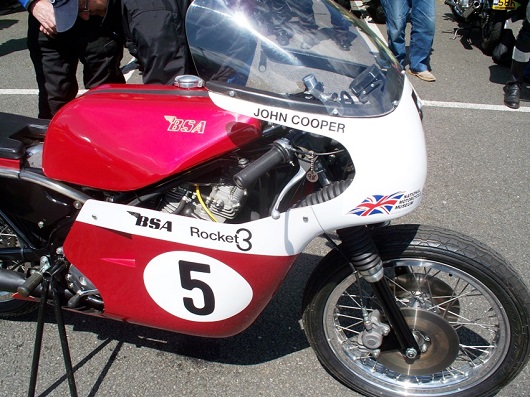 James rode into the car park on John McGuinness’ 600cc machine that John had ridden in the TT some years ago. The other machine was pushed in; this was John Cooper’s BSA Rocket 3 that he raced against Giacomo Agostini on a works MV at Mallory Park in 1971 and the BSA won – this was historic stuff!! Both machines sounded great when they were opened up. 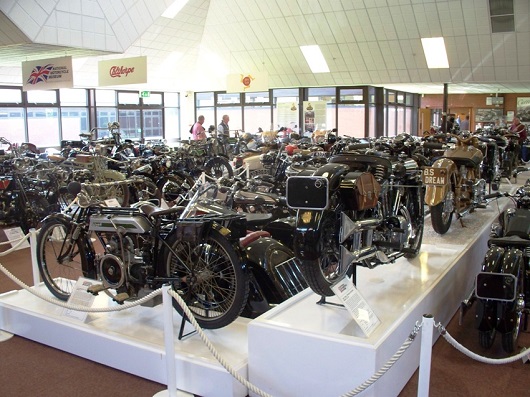 In the parking area were several foreign-registered Harleys; these could well be here in the UK for the huge Harley meeting in Lincoln in a few days’ time. There were lots of interesting machines on display in the parking area, with bikes of all ages and different engine and exhaust noises. A Vincent outfit turned up and I popped a FED flyer into the sidecar, and I later had a few words with the owner. 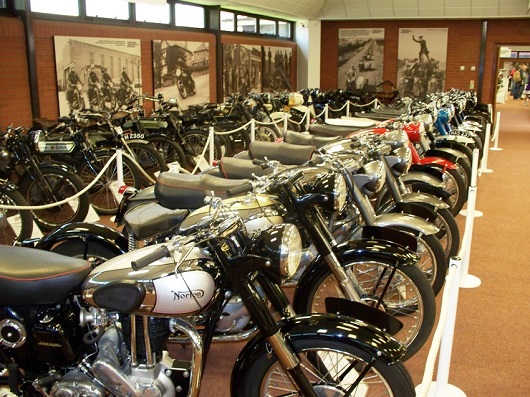 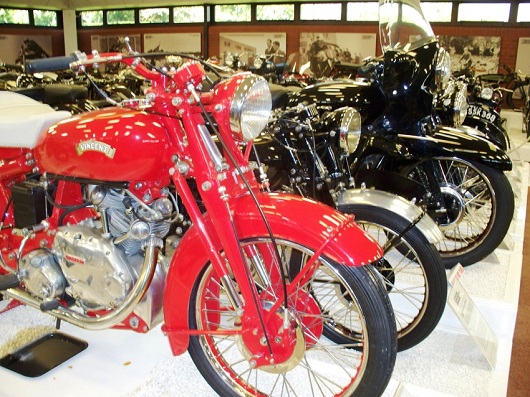 It was then time to wander around the museum. I have been here a couple of times before. The exhibits get changed around, with about 850 bikes to look at out of a total of over 1000 machines in the collection; you really need a whole day to take it all in. I counted 24 outfits on display today; one of these was the Chris Vincent BSA outfit which won the TT in 1962. Chris Vincent handed out the motorcycle awards at the Sleaford show a few years ago. 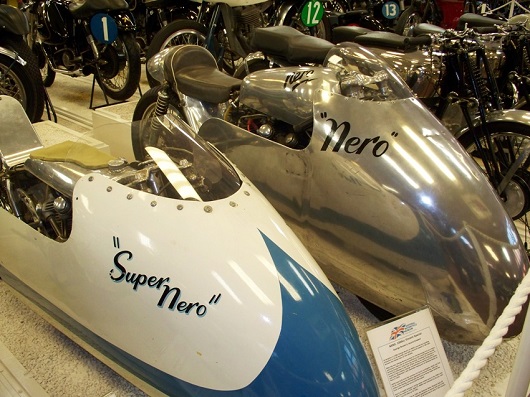 Of interest to someone’s adopted pensioner I spotted a row of Vincents, and not far away were Nero and Super Nero – these are Vincent motorcycles sprinted by George Brown; they were quick in their time. George took Nero to Brighton in 1958, and the bike’s terminal speed was 186 mph at the end of a standing kilometre, this made him the fastest man on two wheels at the time. 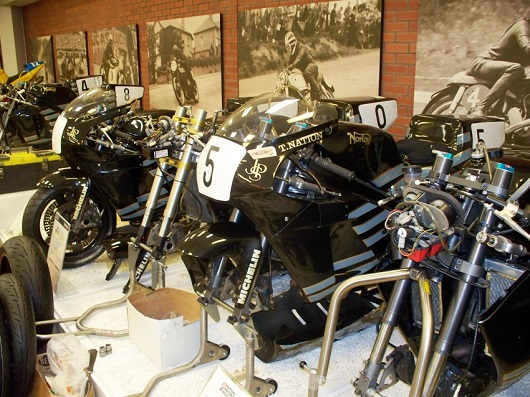 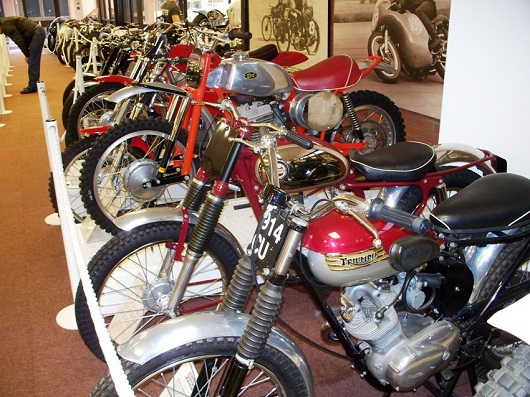 This is a really great museum to visit; it has been open for more than 30 years and it has friendly staff. This was the second Real Classic “ride-in” held there. It was nice to meet up with other readers of the magazine. It was a really great day, and I feel that the weather helped with the turn out. 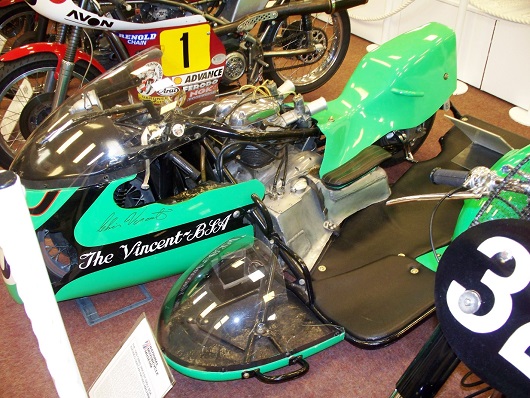 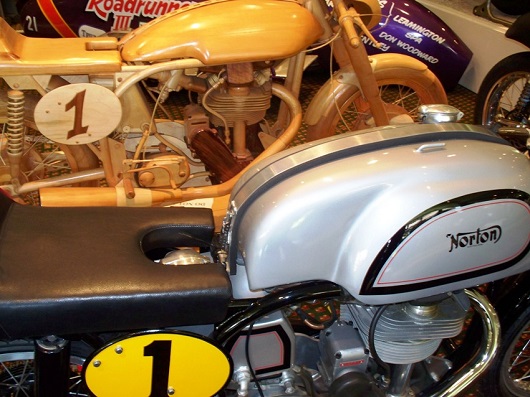 The museum is situated on: the Coventry Road, Solihull, West Midlands, (Opposite the NEC), B92 0EJ 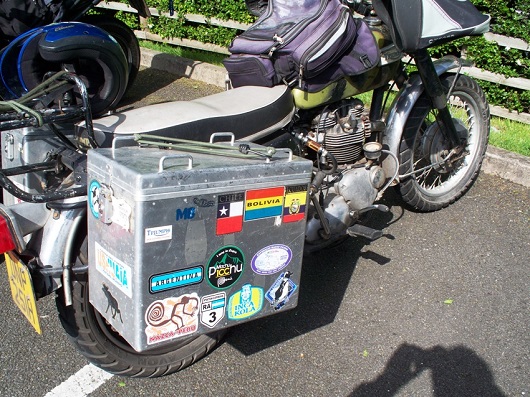 For general information about the Museum see : – www.nationalmotorcyclemuseum.co.uk

For details of the “Friends of the Museum” scheme see : – www.thenmmshop.co.uk