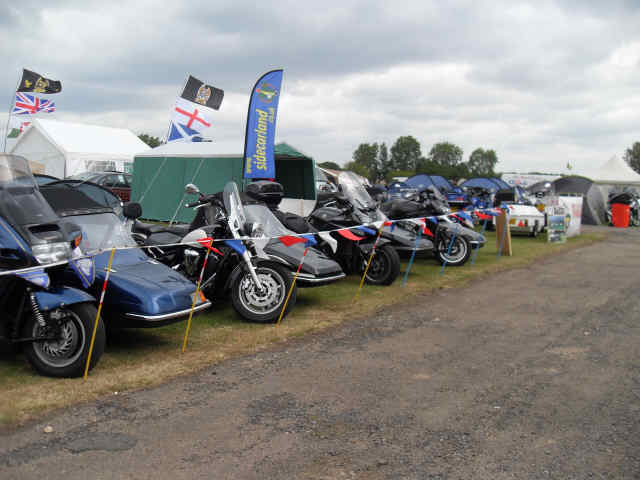 Well it was Friday morning and time to head off to the BMF rally at Peterborough. I had thought about going on Thursday night but decided against this as there wouldn’t be nobody there probably. But on arrival, following Dave in, I spotted our plot with the Wheels marquee and banners already up and Martyn sitting there chilling out. “You must have had an early start” I said with the reply “no, I came last night mate”. 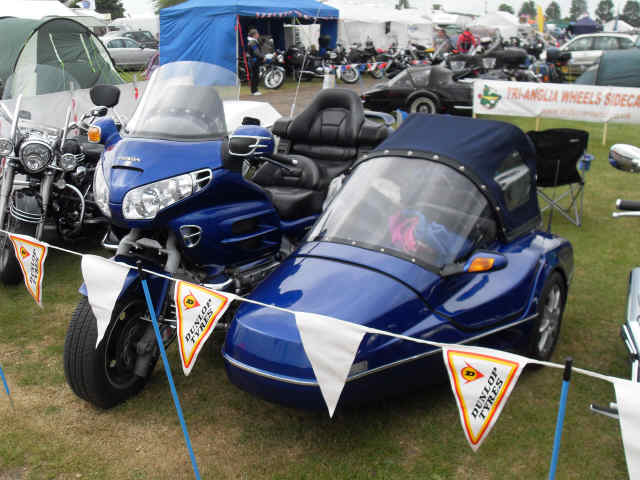 The rest of the Wheels team arrived throughout the day and by 6pm the tents were up and the finishing touches had been done to the Wheels stand which was now looking in fine fettle. 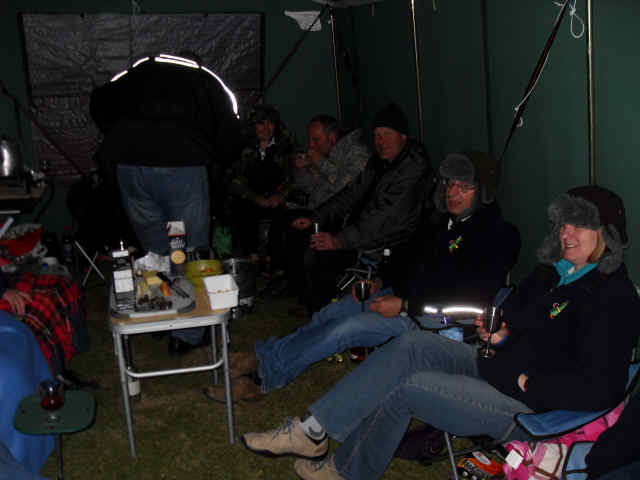 Most of Friday evening was spent in the marquee having a bit of a social evening with soup and rolls being served by Martyn and Lesley and a few snacks. Myself and Melanie decided to go up to the main hall a bit later in the evening and watch the bands which we thought were good. Saturday morning and with the rally now open I went for a walk round the show. This appeared to be smaller than the last two years and there didn’t seem many attending as it seemed very quiet. There were the usual stands and stalls although really none of the major manufacturers were in attendance. 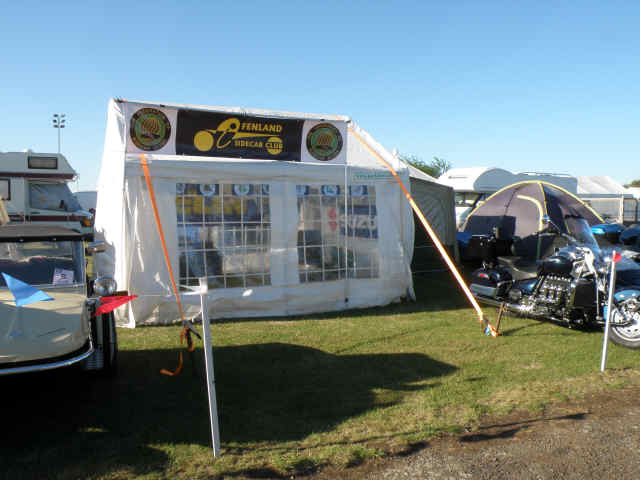 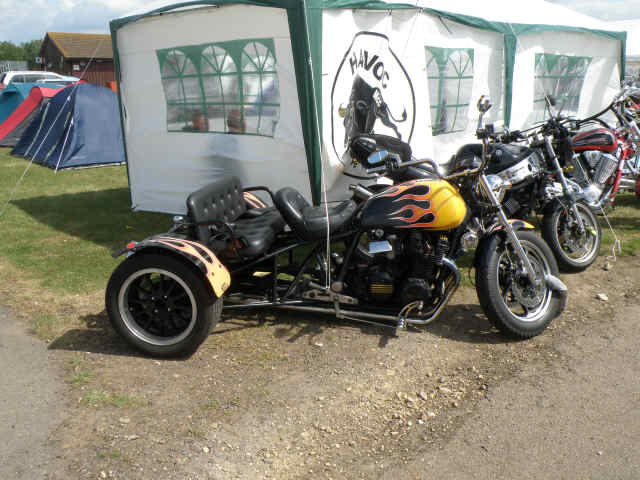 I made my way back to our plot where I saw the London SCC stand being manned by Ted and his crew. The Fed and Fenland sidecar stand being manned by Dave and Shirley and Jim and George, Doug and Bet. When I returned to our plot some of the team went off shopping and others off to see the events in the main arena. There was some interest shown on the stand and questions asked which were very well answered by the team. In the evening there was the usual banter between the Wheels gang until even Geoffrey went on the attack. We realised he had been on the wine, promo and pimms. When he was a bit poorly a bit later on, it was Oooh Geoffrey or urrrgh Geoffrey? Ann asked if she could help and was told “no” so promptly went back to sleep. 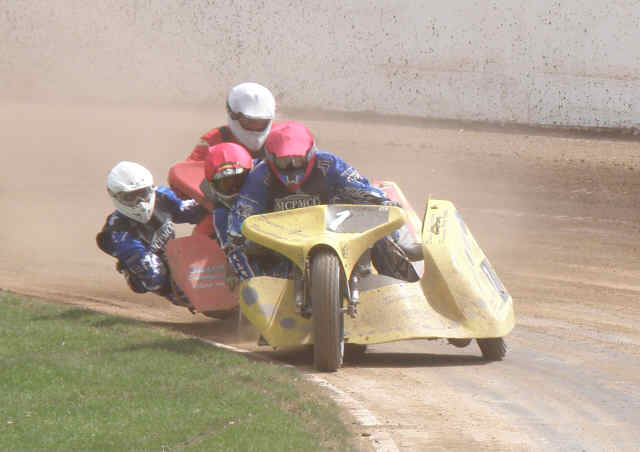 Sunday saw an increase in the attendance and a few more questions and interest being shown on the stand which was going well until one chap asked Lesley if she drove outfits, when her voice raised an octave or two I knew the chap had blown it. Dickie had a gel implant (OK Paul where did he have it inserted, Little Sid your webmaster) and John and Tracey bought a new tent something to do with forgetting the poles for the tent they had bought with them I believe. 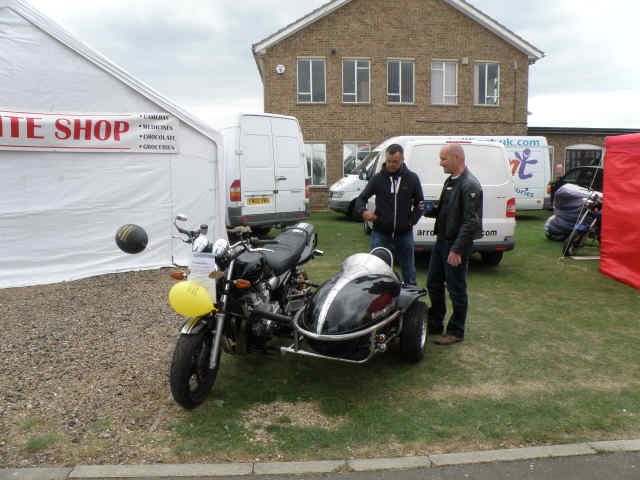 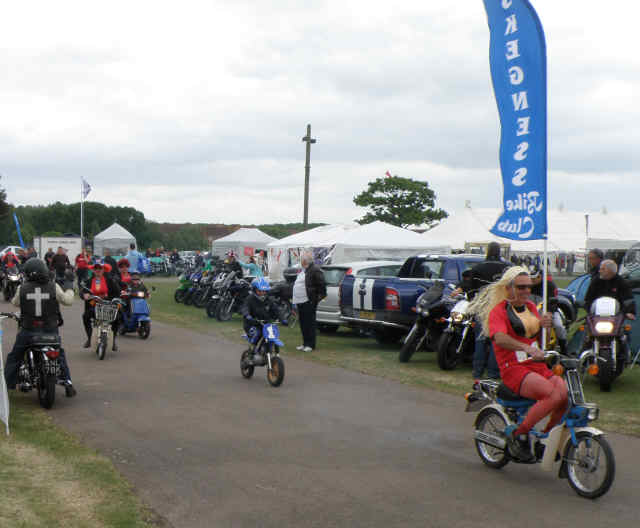 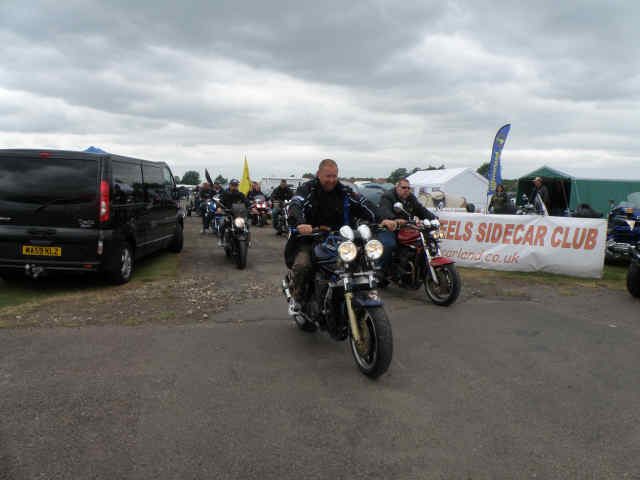 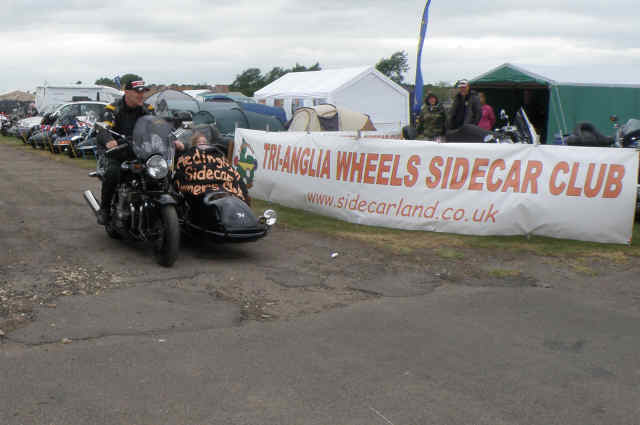 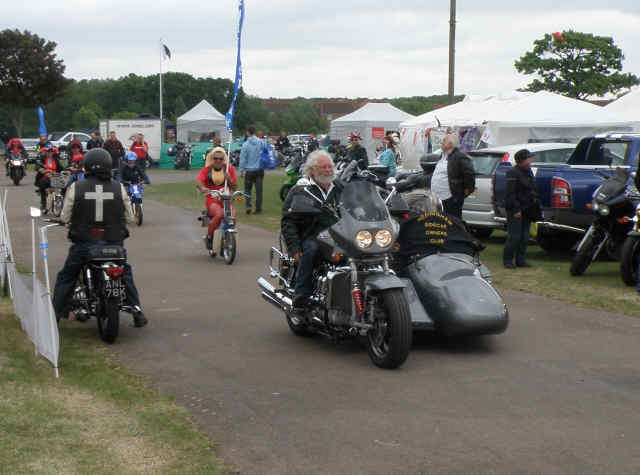 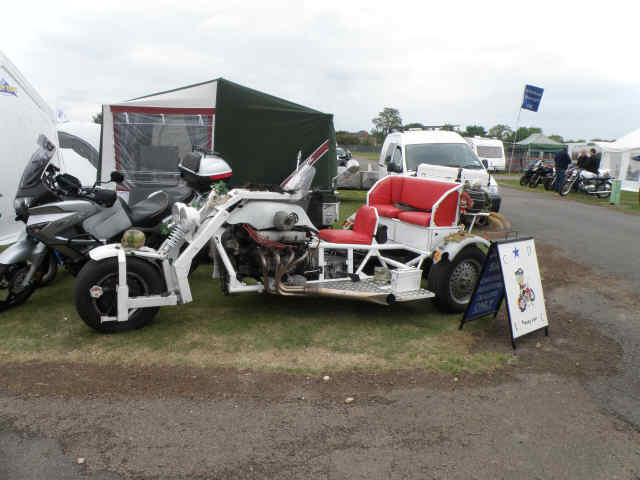 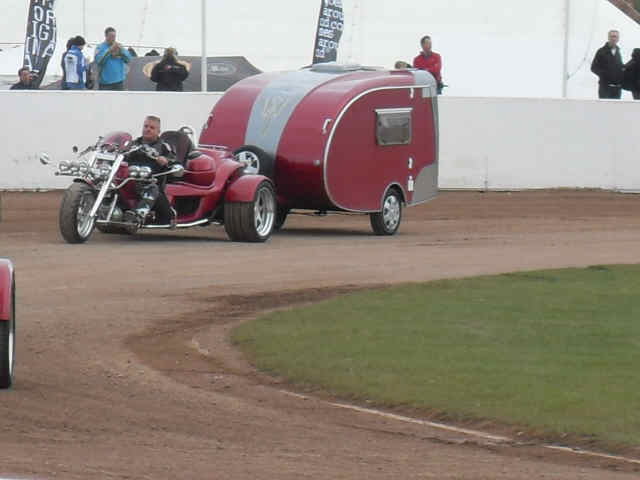 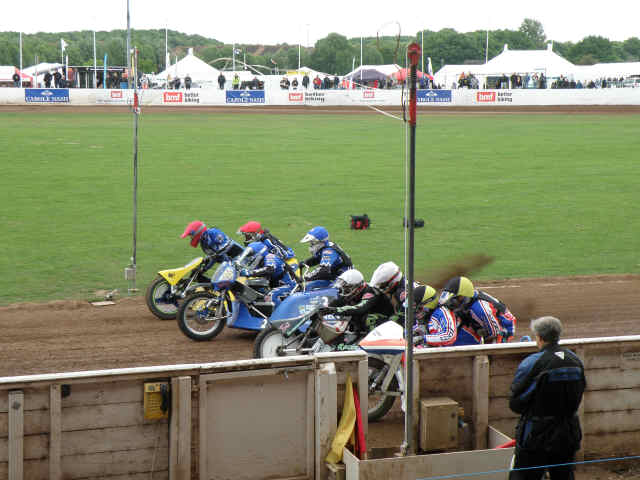 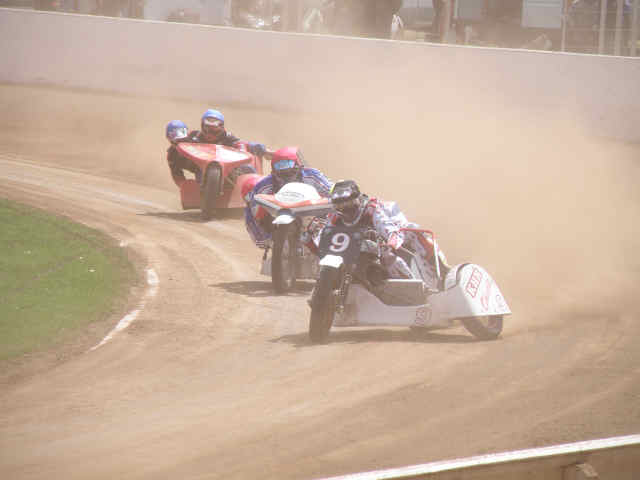 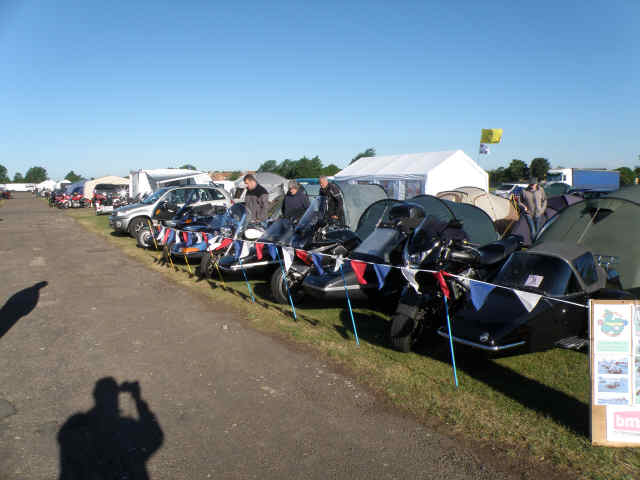 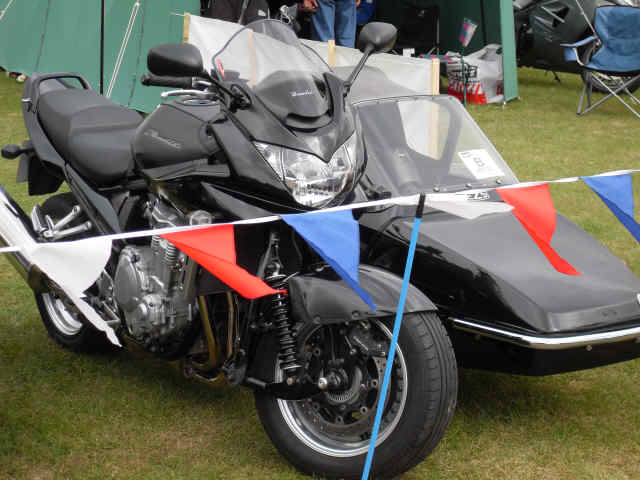 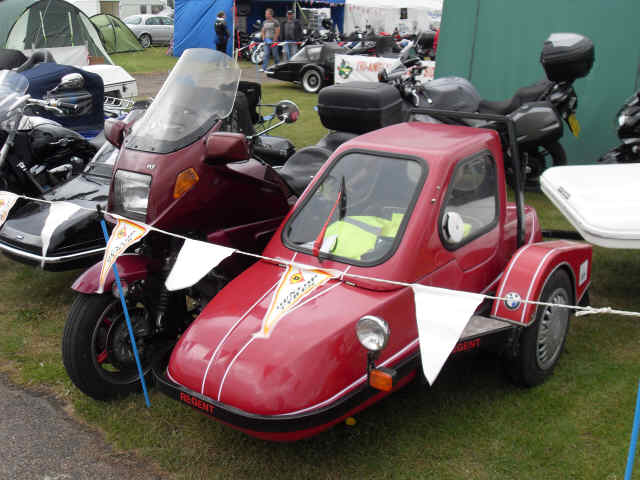 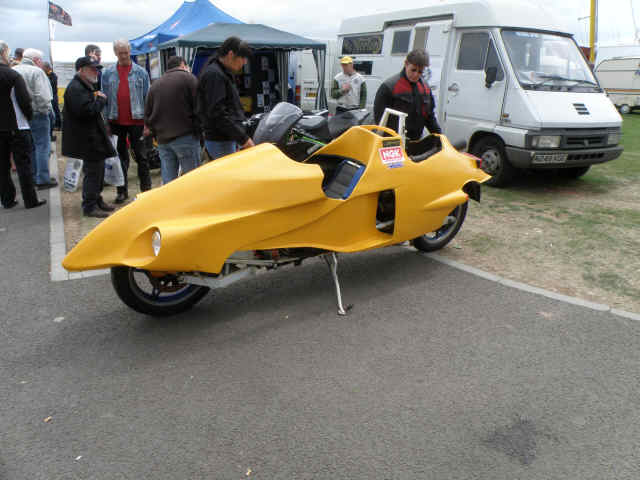 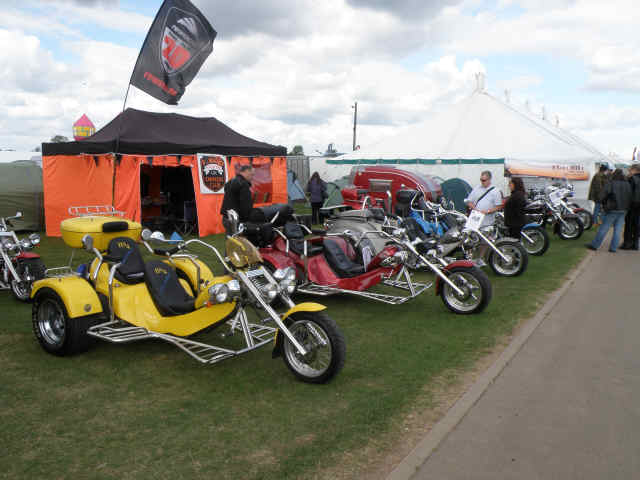 The BMF don’t need a fortune teller, anyone can see if they don’t put a little more effort into the show people will not return. There was a rumour going around that the main show might well be moving to Lincoln in 2012, if so that could well be the final nail in the coffin.  Little Sid