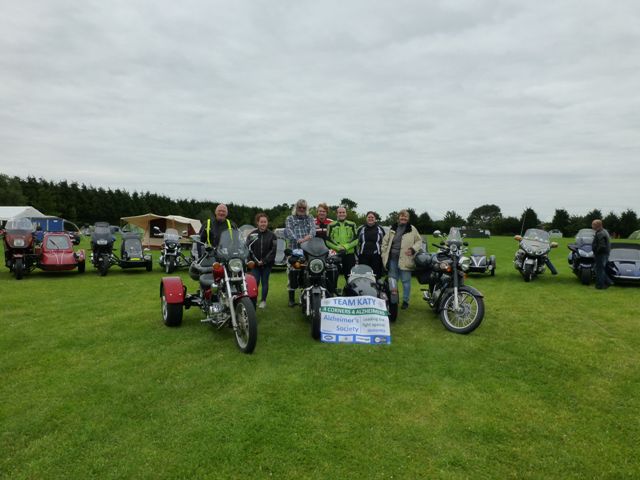 Team Katy just before they head off to Lowestoft and the start of 4 Corners 4 Alzheimer’s http://www.alzheimers.org.uk/ 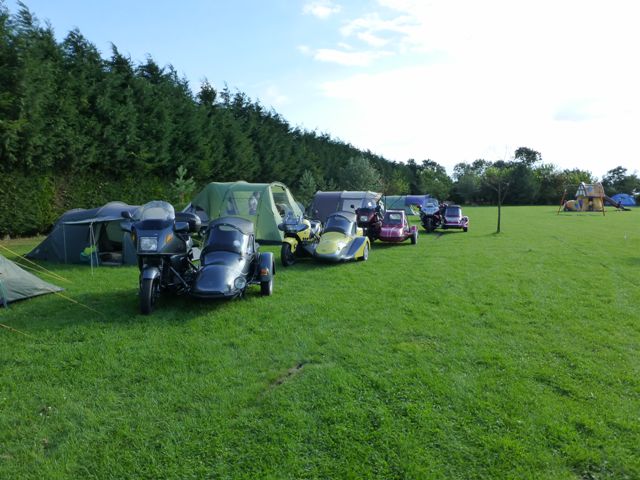 We had a nice dry run down the A1 then a right turn onto the B645, followed by a few lanes to arrive at the campsite at Top End Farm. This was the first time that Tri-Anglia Wheels has used this site for a full club meeting. This is a nice safe site, especially for the children, with a large children’s play area and a skateboard ramp which proved to be a magnet for them. 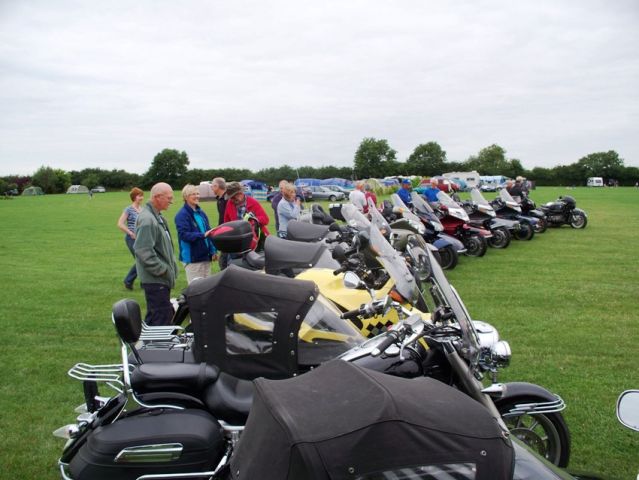 Mick Payne and Kate used this rally as the starting point, for their Team Katy, “4 Corners 4 Alzheimer’s” charity ride. Mick was using his Triumph twin for the journey. His first ride on Saturday was to Lowestoft and back; this took place after a photo shoot of them with a semi circle of outfits fanned out behind them. The next trip will be to Cornwall, followed by a ride to Scotland. 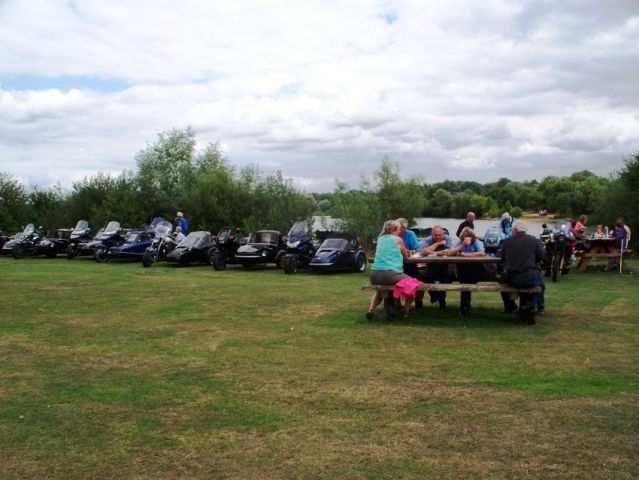 Rebo organised the club’s ride out on Saturday. This was to the Harrold-Odell Country Park, which is about 15 miles from the campsite. I grabbed a lift in Rebo’s outfit, and we travelled through lots of pretty villages on the way there. The park warden knew we were coming, and had arranged for us to park opposite the restaurant by a lake. He had lowered one of those lift-up parking barriers to stop people driving there, Rebo inched his outfit over the parking barrier until we ground to a halt. I hopped out of the chair and, with some help, we repositioned the rig and successfully and made it over the barrier; all the other outfits being pre-warned made it successfully, but it was close – in some cases with maybe just half an inch of clearance between the sidecar frame and fittings and the barrier. A dozen outfits and three solos took part in the run. 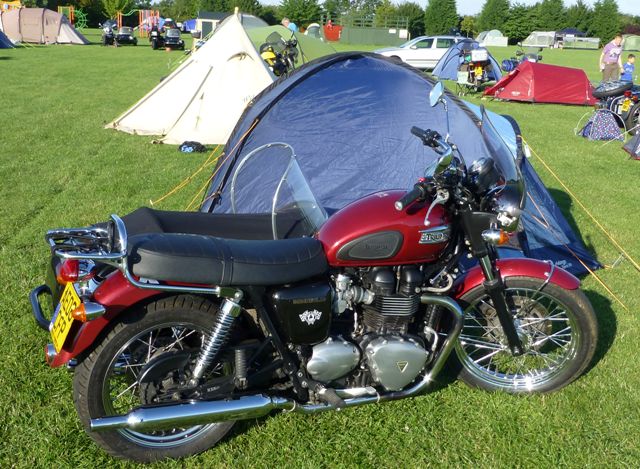 The park is set in nearly 150 acres, with two lakes, river meadows, woodlands and the banks of the Great Ouse River. There was a café there, and I opted for a mug of coffee and a slice of Victoria sponge. This was a generous portion, and there were comments that I would not need two cakes of this size!! 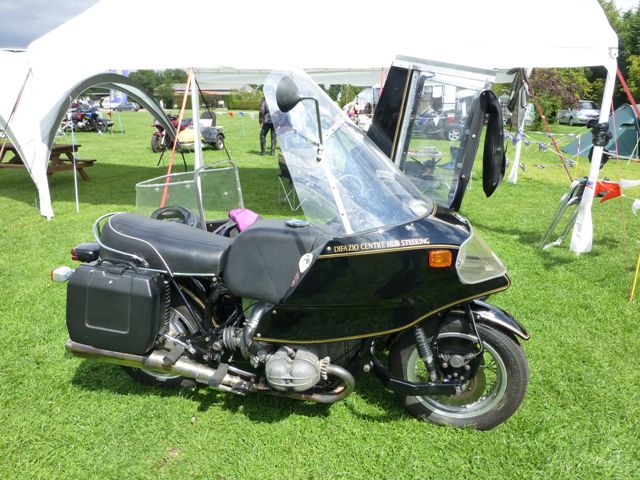 Parking is free, but they hope that you will chip in a pound for doing so; this money goes towards helping to maintain the area. A walk around the larger lake takes the best part of an hour. There are lots of birds to look and, and there is also a nature reserve. I wandered through here and this woodland reminded me of the areas that I used to walk around as a boy in Kent. There was lots of wildlife to see. There were also plenty of chainsaw sculptures around the lakeside, and a children’s play area close to the café proved to be popular.

Leaving the park we rode along the footpath to avoid the parking barrier. The warden met us on the way out and said that we were welcome back at any time.

Whilst riding in Rebo’s outfit I was surprised at how easy it was to hear him while he was talking.

Back at the campsite one young lad had an electric scooter. This went really well, even over the grass, and it proved to be popular with other children. 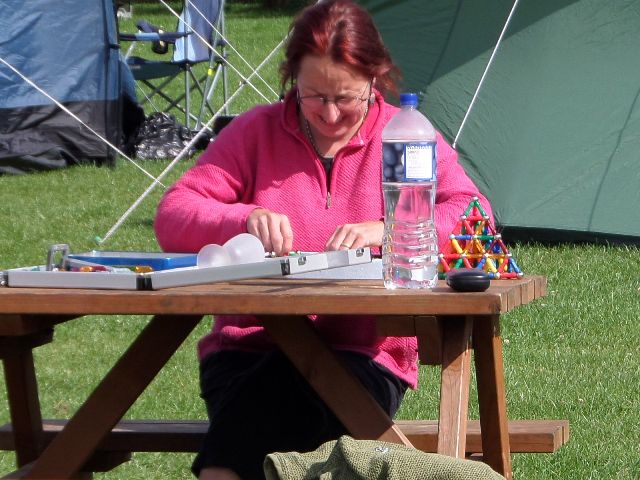 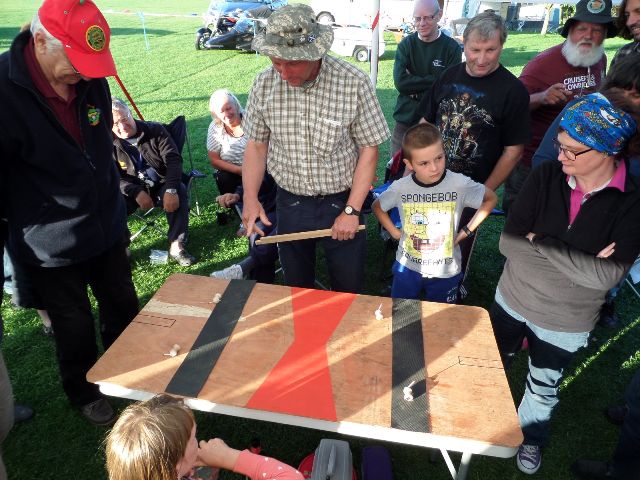 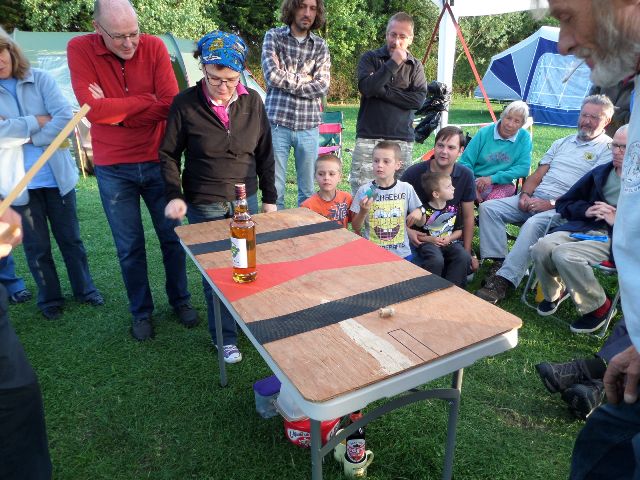 Martyn had organised a model tank competition; first of all you had to make your tank – this consisted of a mini cotton reel, a couple of elastic bands and a matchstick. Some modifications were allowed. My own worked after a fashion, but a couple were really good. 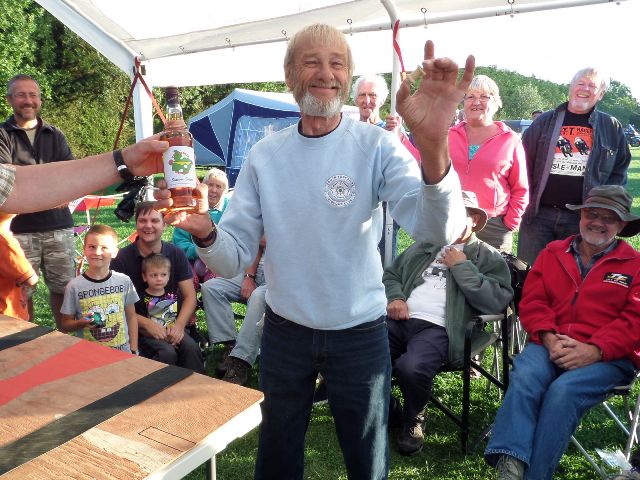 Phil’s was the best, in this very competitive event. Later on the raffle took place, with lots of prizes here. One of these was a nice quality mini BBQ set up. However, trying to get it set up with all the parts proved to be hard work – even with helpful comments like “Read the instructions!” It eventually ended up back in the box without any of us properly solving this conundrum. Later in the evening a few of us got the tanks going again, and at one time 6 tanks were fighting their way across a table top. It was felt that we would have a re-match next year. The visiting chip van proved popular and had a steady stream of customers. 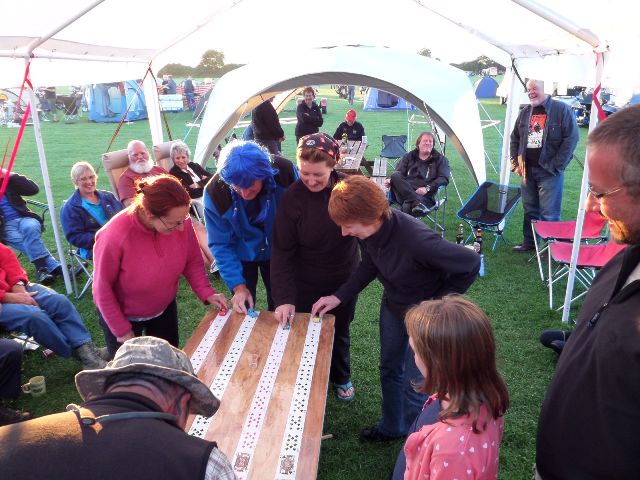 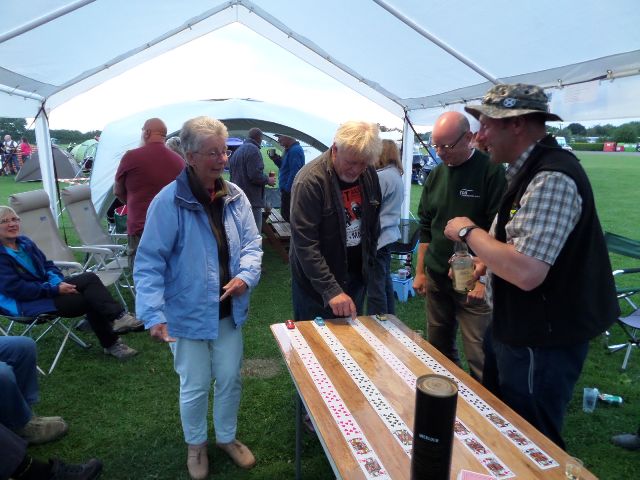 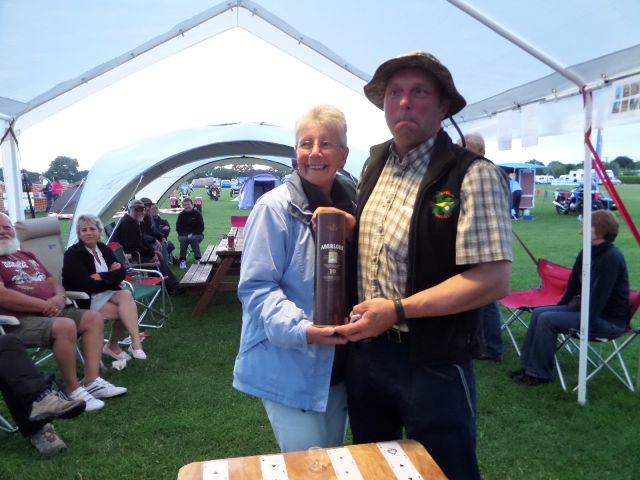 Over 30 units attended the rally, and there were also some day visitors, including Colin Bembridge. Pat and Brian Wickstead also came along for the day, as they had been collecting raffle prizes for the forthcoming Annual Rally. 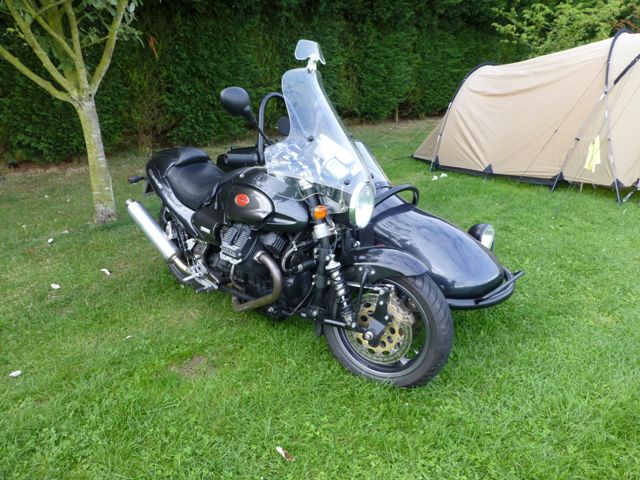 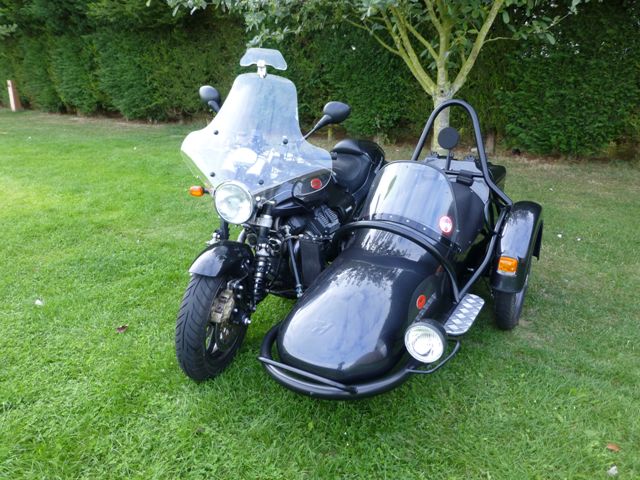 I pulled out on Sunday morning, and headed off for the A1. However I went via the scenic route unintentionally, and when I got back on track I came across a roundabout blocked by 5 Police cars; everybody had to go left, but I needed to go right, so I was off again on yet another scenic route. Eventually I spotted a road on the right, and as I turned in a sign said “narrow road with passing places” – this is the sort of road I like, although Chris does not always agree with me on this. Eventually all came good and I turned left onto the A1 and headed home.

Another great rally and a very nice new venue. Thanks to everyone for organising the weekend.

On the second Friday in August l find myself on the B660 entering North Bedfordshire Wolds & l was enjoying the ride passing the villages on this route with their thatched roofs, yes quite a new area for me to ride.
My destination was the Tri-Anglia Wheels “The Sidecar Soiree” however l was minus the third wheel because l was still WRESTLING with my new wiring loom for my Mystic, yes just like a live octopus to fit! 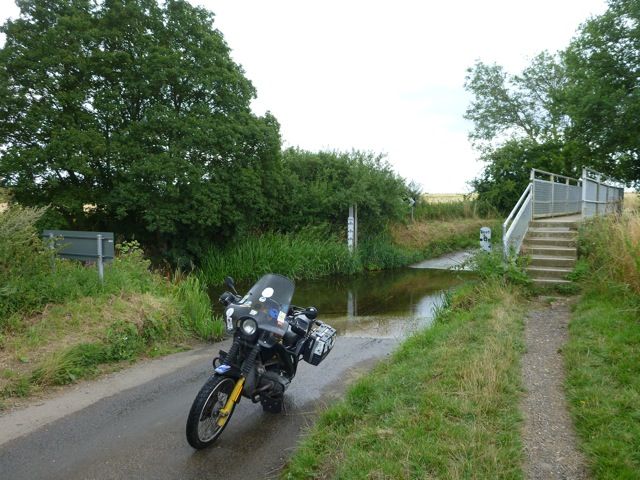 l had been recommend that l try the http://www.thecrownstaughton.com and liked it very much indeed, so yours truly return again on the Saturday night for more refreshments. 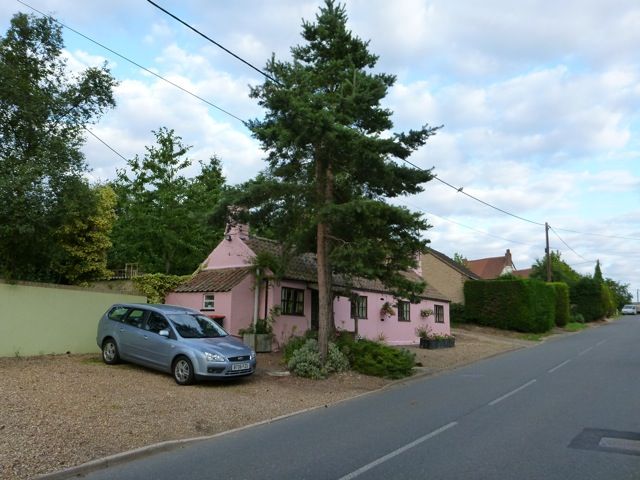 On my return to the “Soriee” l notice a PINK BUNGALOW, yes makes a change from PINK ELEPHANTS! And even STRAW CAT on a roof! 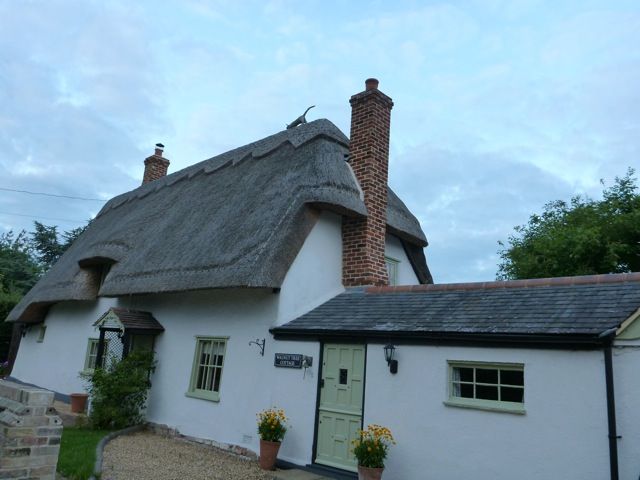 The village church spire would be a welcoming land mark for the returning No 109 & 582Pathfinder Squadron’s (Question time again for “Trevor of S.A” what was Oboe?) 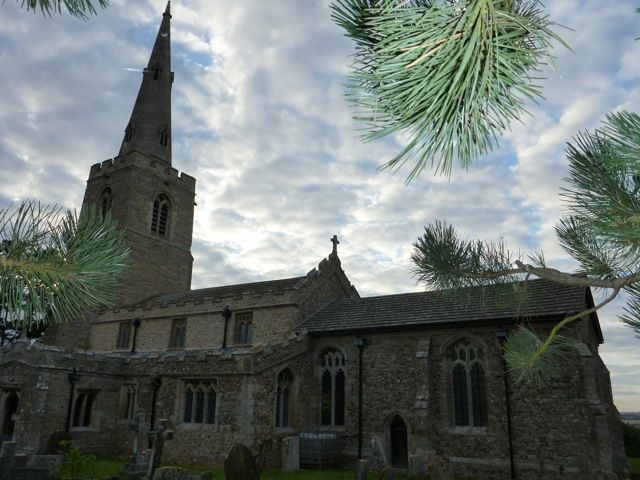 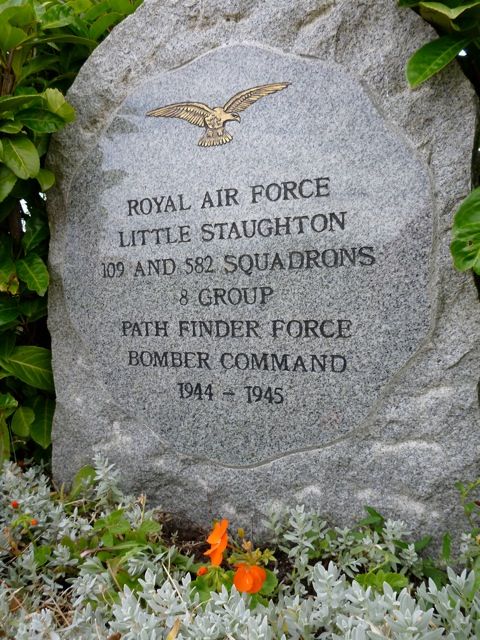 Friday evening we are join by two young lady sidecar-ist around our rally fire, ask why she was wearing HEAR PROTECTORS, the reply was helps stops me from hearing granddad SNORING!
Saturday morning time for TEAM KATY to leave for the most eastern point of the UK, raising funds for the Alzheimer Society.
After this our very able Sidecar Tour Leader “Rebo” lead us on a very pleasant tour to Harrold-Odell Country Park 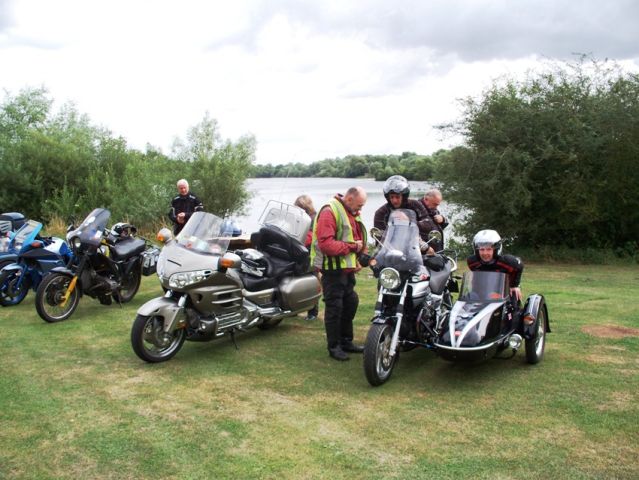 http://www.hocp.co.uk l had also been told about a local “ford” crossing which l needed investigated on the G/S. 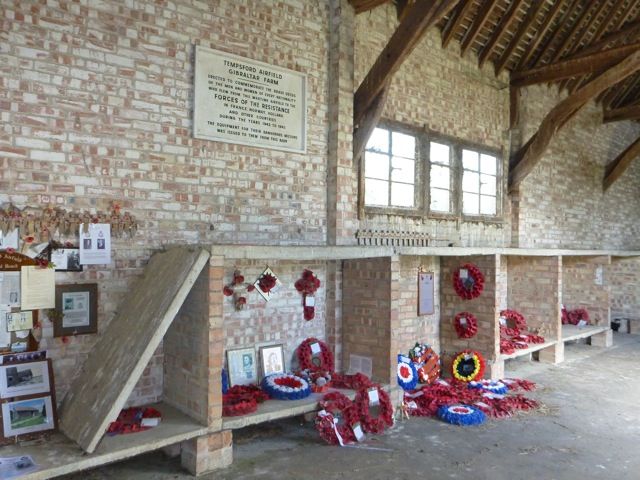 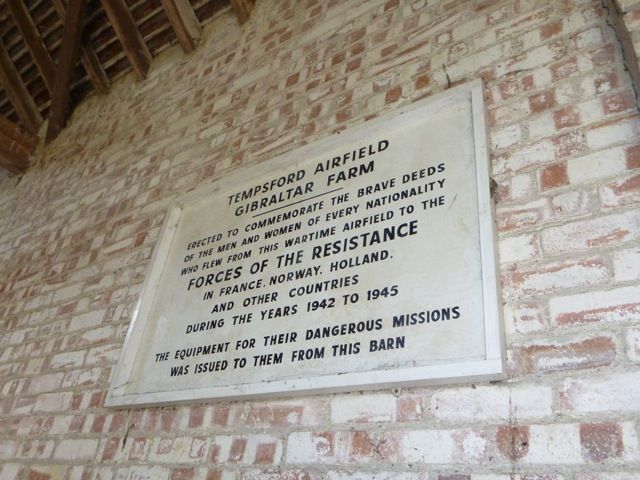 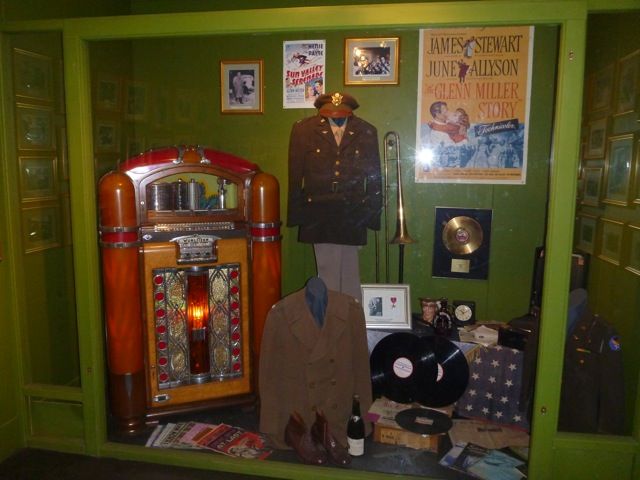 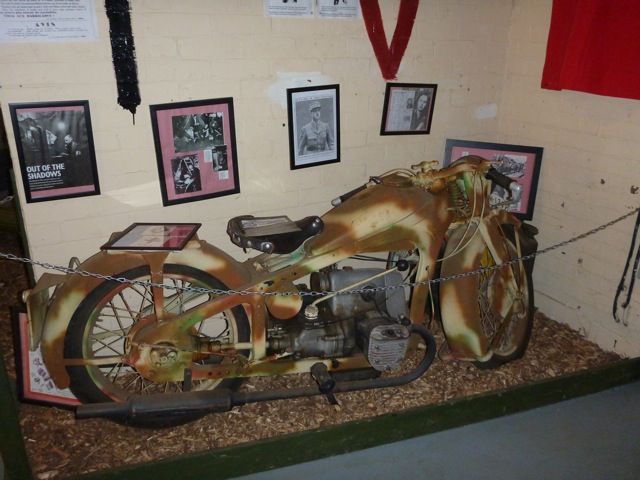 I even found a Zundapp K500 at Twinwood. 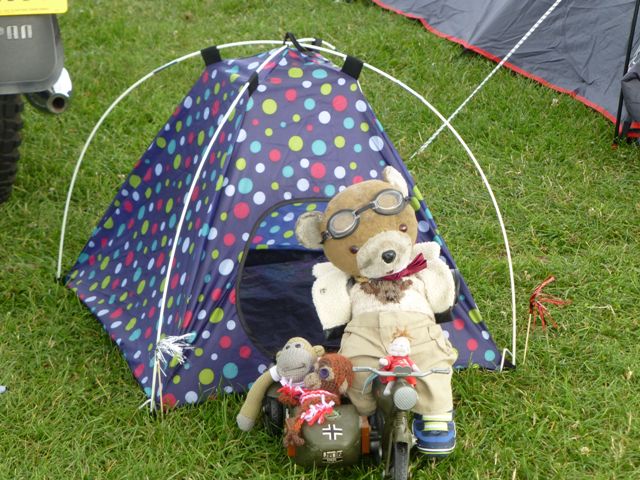