With a good covering of snow on the rally site on the Monday, it looked as if it would be a white event, but typical English weather was to play a major factor in the way rain, more rain and even more rain. 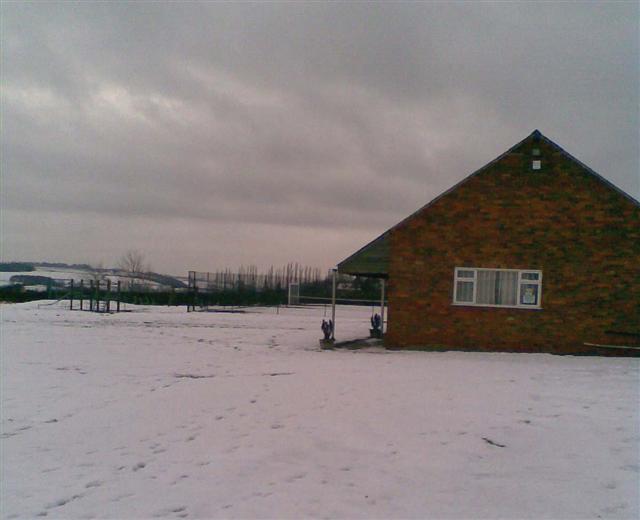 It was raining on the Friday morning when I set off and still raining when I arrived at the rally site. I stopped a Morcott filling station, the handyman remembers me even though I only use the station twice a year and always comes out for a chat. As the weather was cold and wet he talked about the times he did the Dragon and the Elephant back in the late 60’s. 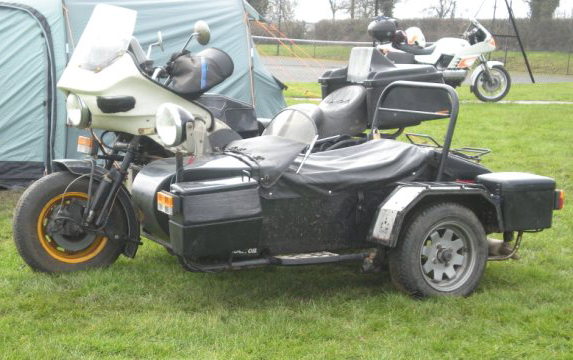 Once on site it was clear the field was a little damp underfoot and it was quite windy but, with Terry holding one end of the tent, the accommodation for the weekend was up in no time. 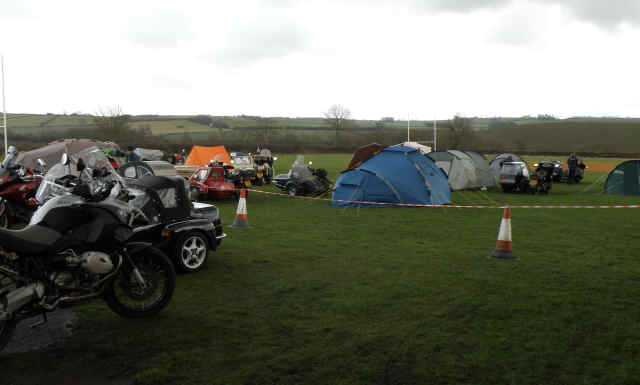 Tea and coffee was already set up; heaters in the hall were doing the job. It was then a case of unloading the outfit before it sunk due to the weight of all the stuff it was loaded with. Frying pans with chopping boards, two large cooking pots and 28 plates, 3 slow cookers, potatoes, carrots, corn, peas, sausages and 10 litres of liver and bacon casserole. Plus electric blanket and 12 volt mobility battery, and heat pal tent heater / cooker, well there is no point of being cold is there. 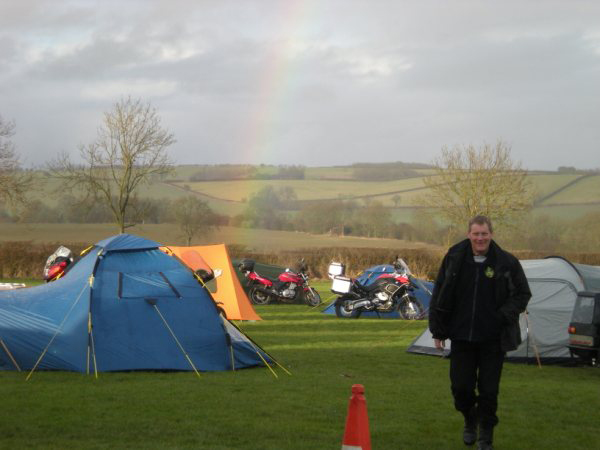 As the day went on more people arrived and the weather brightened up, infact those arriving around tea time could put their tents up in the dry and calm. The evening meal of sausage, liver and bacon with mash, peas, carrots and corn went down well and with plenty of homemade cakes available for sweet everyone was suitably fed. Mulled wine is very popular at this event and was being consumed as fast as it could be produced at one point.

For those who like the easy life, breakfast sandwiches were served between 8 and 9:30 and with a fish and chip van visiting the site on the Saturday evening, you didn’t even need to cook in your tent at all over the weekend. 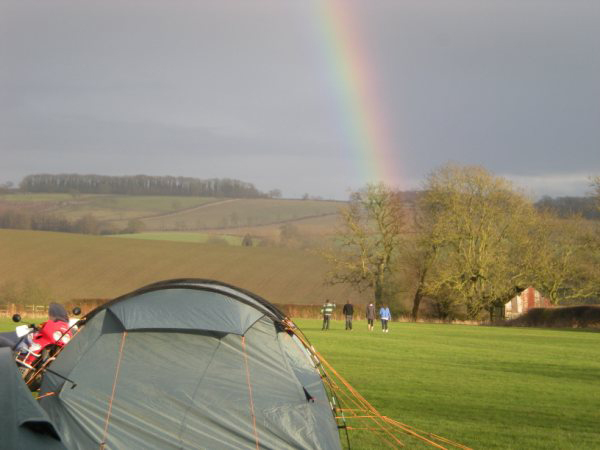 Friday evening was clear with the moon shining in the sky, the ground was starting to dry a little and there was a frost with the tents turning white when Lesley and I turned in at around 1:30am, but by 5am it was chucking it down and when we crawled out of the tent at 6:45am it was still lagging it down. 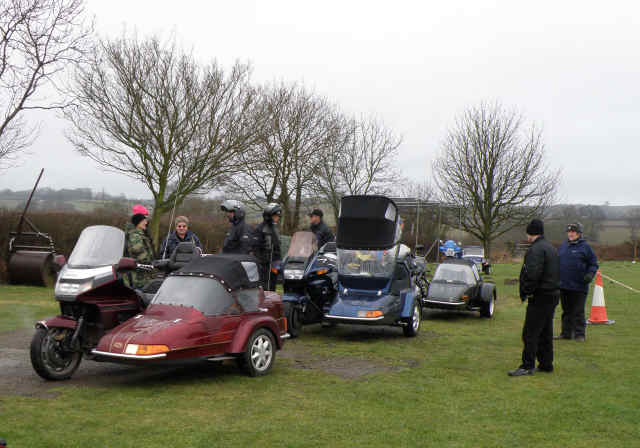 There wasn’t a run-out planned as such but Mick had sorted a little route to take the brave few on a ride around the local area, which turned into a very few when he looked back and nobody was behind him. Jeff had got bogged down on the field as he had stopped at the end of the queue of outfits , on second thoughts it would have be better to have made a double row on the hard standing. They did wait for Jeff about 150 yds up the road, but Jeff didn’t see them and turned right out the gate instead of left. Anyhow none the less for the hic-up, they all went out and all returned having a ride around the local lanes.

Dickie had to bump start Helens outfit and then later on found he needed a jump start for his juggernaut, just one of those days. A few more arrived on the Saturday, normally we have about 30 units for the winter event but it was only in the mid twenties this year, I guess the rain and the forecast for Sunday played a part in that.

Mike Priestley had already celebrated his birthday on the Friday joining the 59 club, he was taken out by his daughters for a slap up meal down the local pub, but there were two club members’ birthdays to celebrate on the Saturday. Michael provided cheese and nibbles, along with wine for the afternoon and Tracy later in the evening with John producing two birthday cakes (couldn’t get all the candles on one). 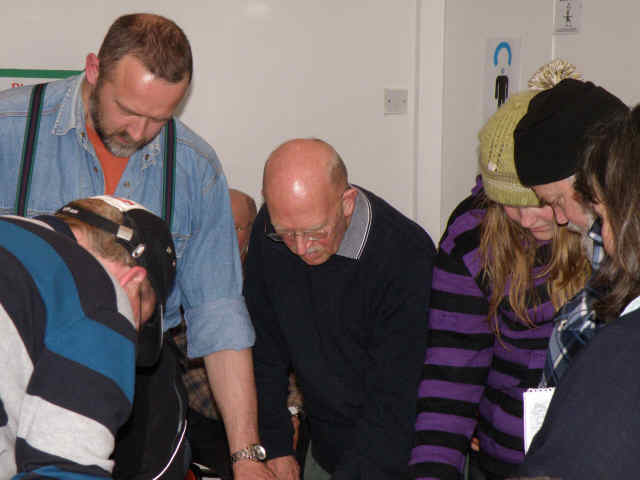 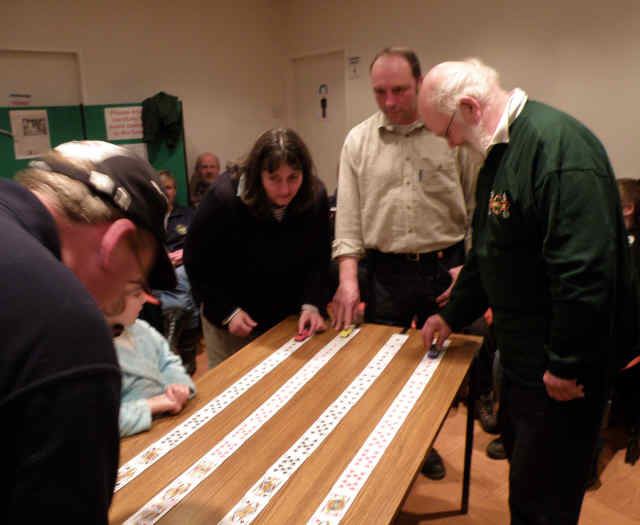 The grand prix tournament provided the evening’s entertainment; Dickie was well chuffed when he beat Pearl by a country mile but ran out of puff in the semi finals, something to do with the extra weight this year. The final was between Portsmouth Pete, Lesley (my wife) and myself. It was very close, we were all on the last card, but I just got over the line first to win. 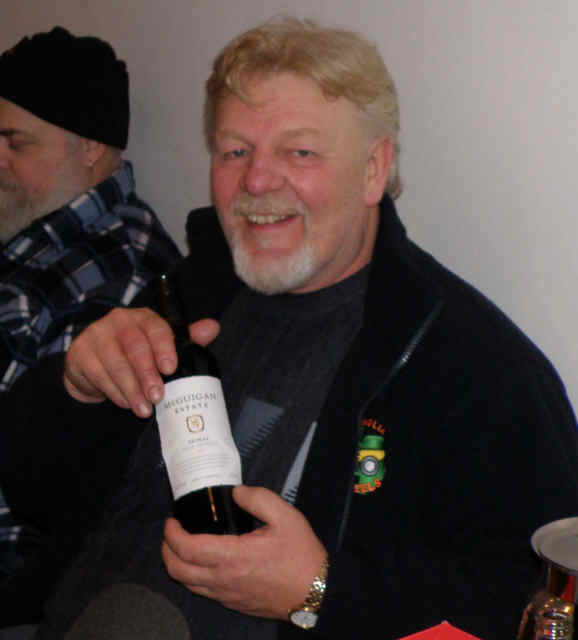 The most unusual result of the weekend was in the quiz, Rebo came last, which actually is a first, as he is normally a regular winner of rally quizzes. Ray Doran was the winner of the quiz. 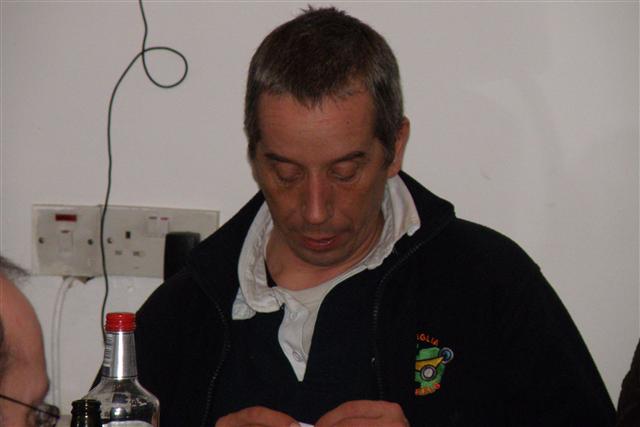 Thanks to all the helpers, cake makers, potato peelers, floor sweepers and donations. Paul found his true vocation over the weekend as the “Singing Mop Bandit” he was very fast and bits kept falling off the mop as he flew across the floor ( a bit like Spav’s Wing on holiday last year) . 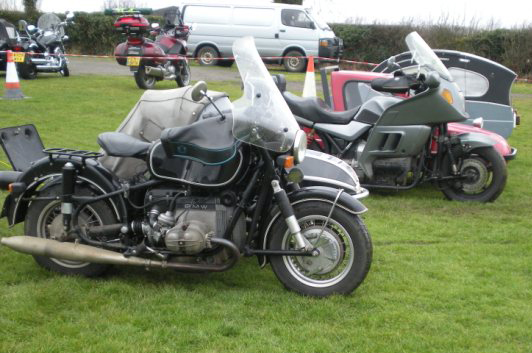 Another year gone and the Wheels Full Moon Camping Weekend marks the start of another rally season, the thing is the sidecar calendar is not as full as it once was and it is a long wait until the next sidecar event which is the South Yorks Easter Egg Rally.

See you all there, Martyn 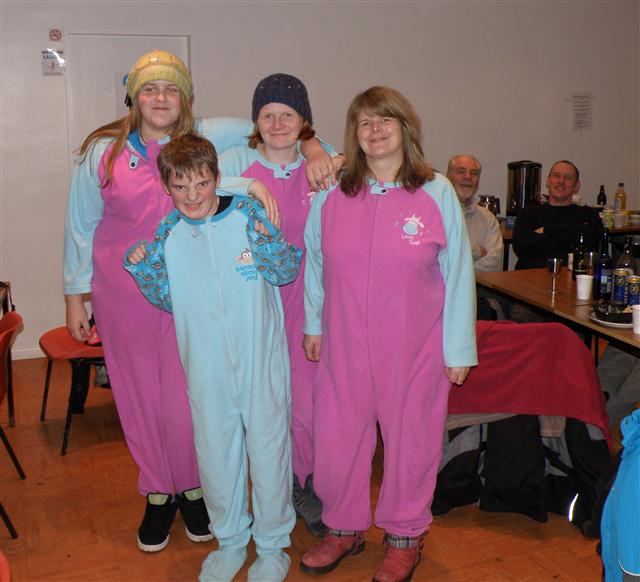 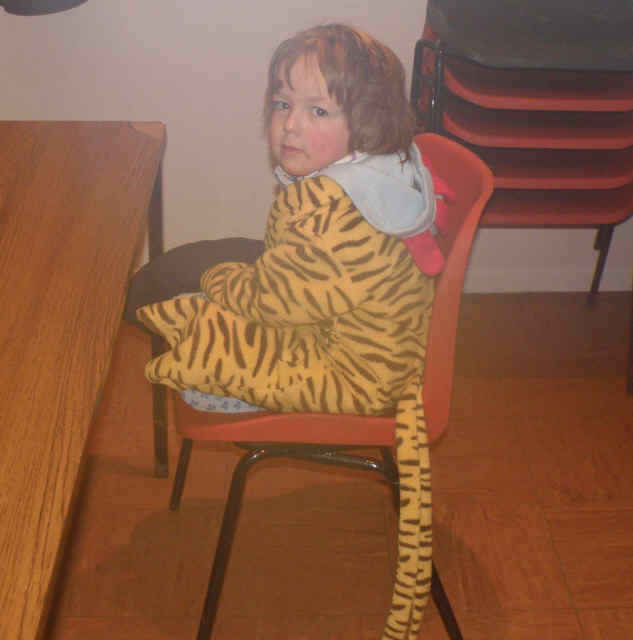 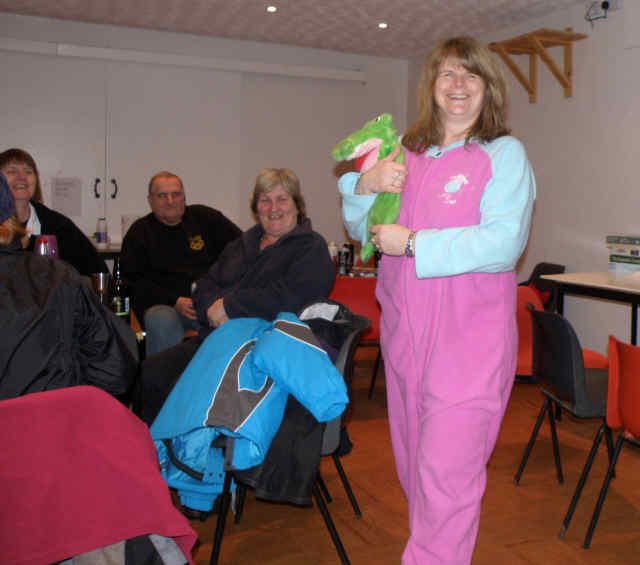 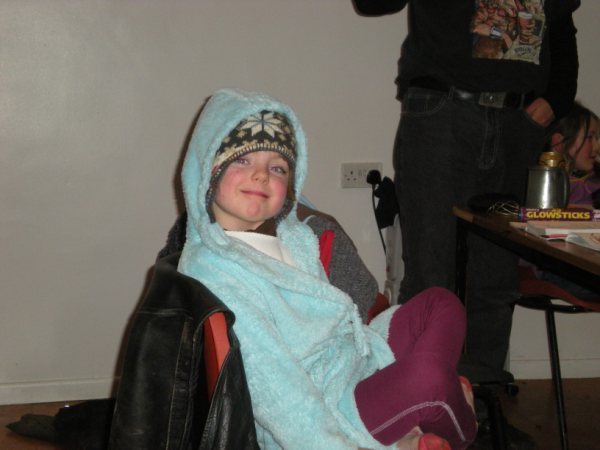 More pictures from the rally 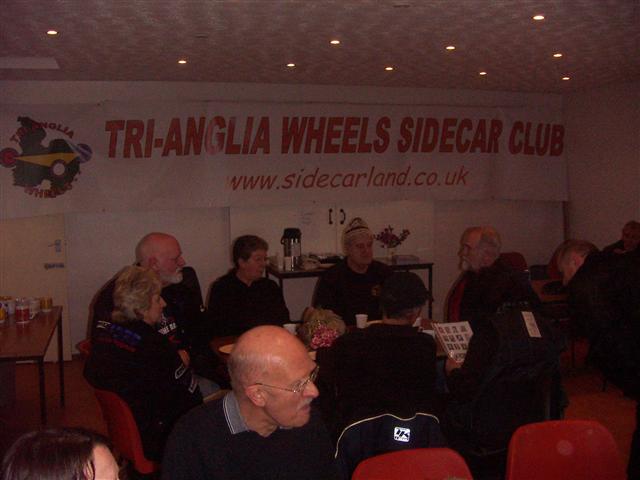 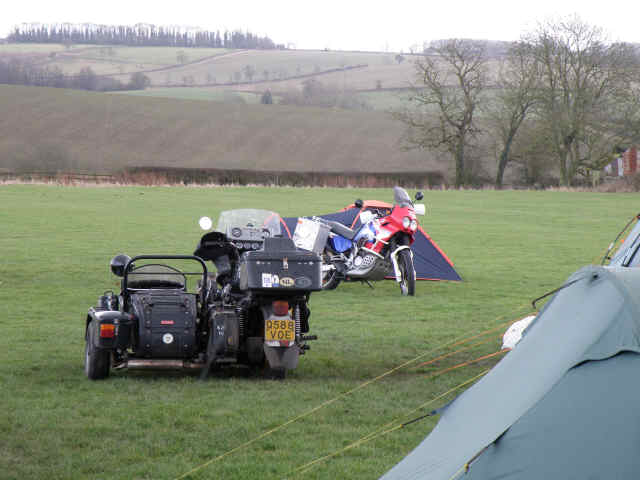 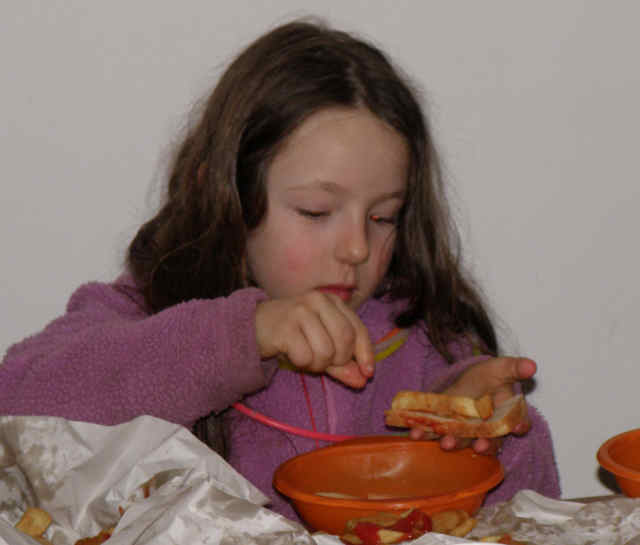 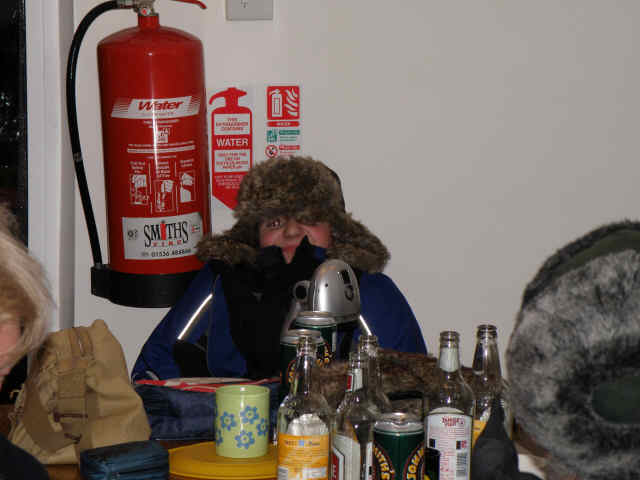 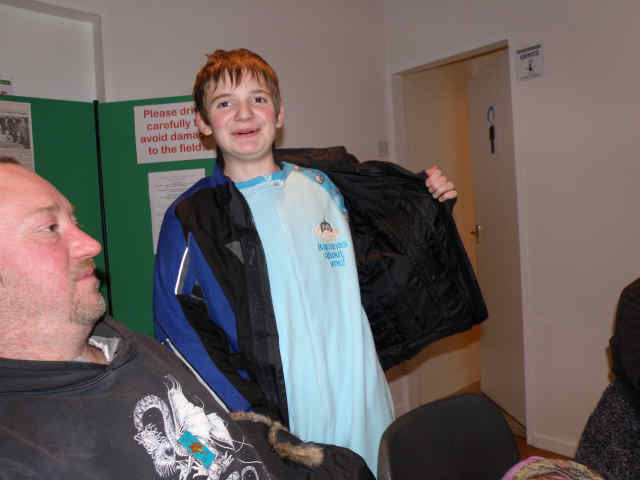 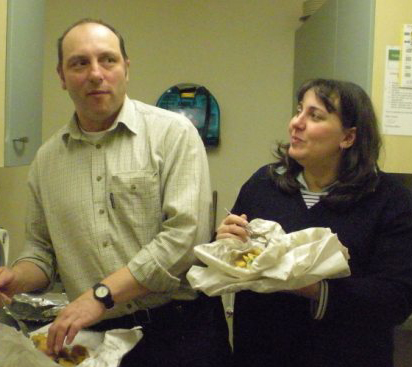