This book is the story of Albert Simpkin, a dispatch rider during the First World War. Experienced motorcyclists were required to deliver messages to senior officers during the conflict. Albert joined up and as soon as you became a dispatch rider (DR) you were promoted to Corporal; this rank enabled you to talk to officers. 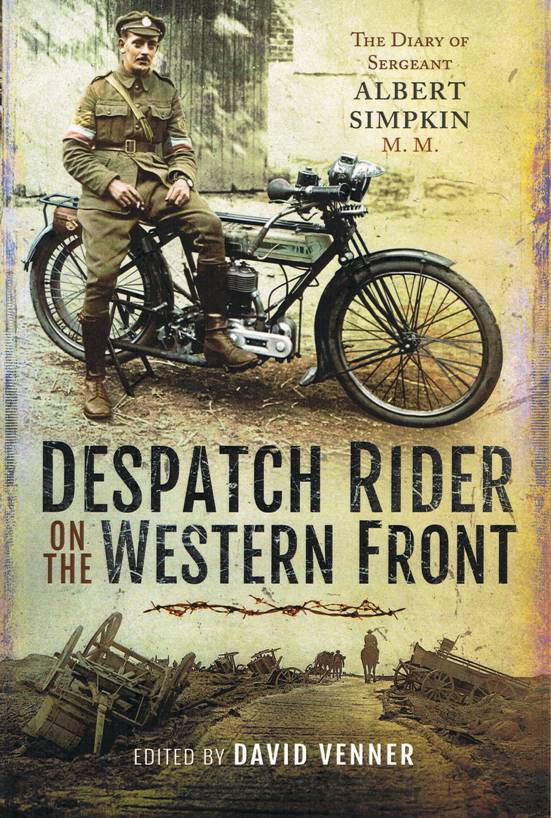 Some of the DRs he worked with were not very good riders. Riding at night with no lights and trying to miss the shell holes often led to them ending up in ditches. On a good day Albert could ride over 100 miles delivering dispatches. This roving roll enabled him to see much more than the men in trenches or manning the guns saw. He also came into contact more with the local population and their good and bad times during this period.

Whilst some parts of the book are grim there are also some light-hearted moments; for instance when one of our planes crash-landed and the wing was knocked off, the pilot simply sent a message to his unit asking for a hammer and some nails to be sent so that he could fix it!

The book is edited by David Venner, who happens to be Albert’s great nephew, and he has made a first class effort of piecing together his uncle’s notes to make a brilliant read.

If you are interested in The Great War, motorcycles and other forms of transport I would recommend this book to you.