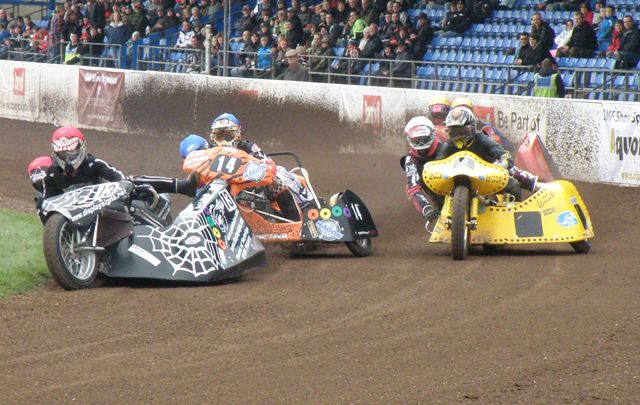 by Roy and Chris, photos Martyn, Roy and Michael

I had a nice ride down to Peterborough, making good time, and I even managed to find the Fed/ Fenland stand all on my own. Normally I drift around looking lost and Lesley gives me a shout and points me in the right direction. The first thing to do was get the kettle on. The Fed stand backed onto the London Sidecar Club’s stand and just across the road the Hedingham and Tri-Anglia Clubs’ stands were side by side. This gave sidecars quite a concentrated presence in the club section. It was felt that there were more clubs here this year than last, but that trade stands were down a bit. 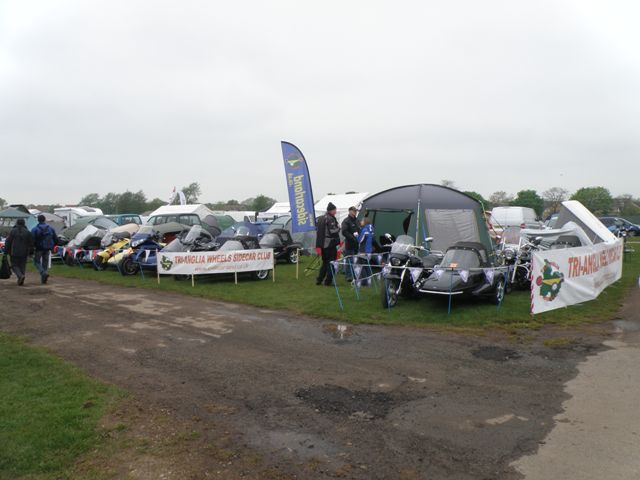 There were a good number of manufacturers/importers with bikes on display and several were offering demo rides. Hayward’s of Cambridge had several Royal Enfields on display, including an outfit. This attracted some attention. BMW, as well as having an impressive display, also ran a GS Trophy UK qualifier round. It was interesting to watch these bikes manoeuvring between cones and over obstacles

Friday and Saturday evenings saw some good entertainment, and I was told of a good meal deal in one of the restaurants. 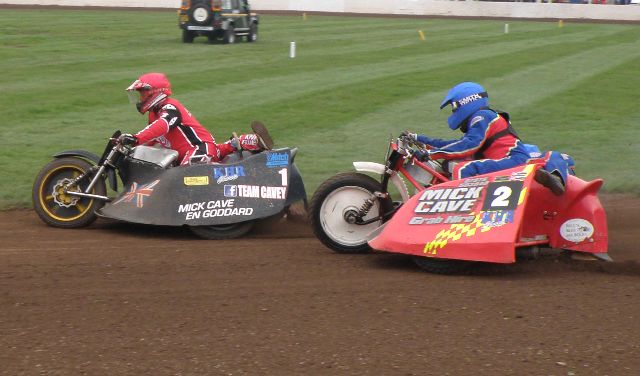 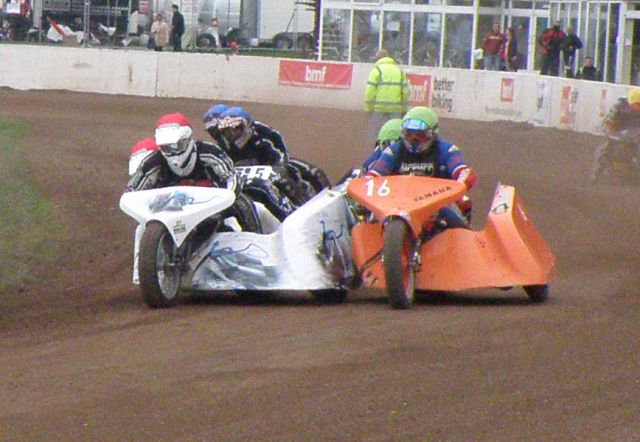 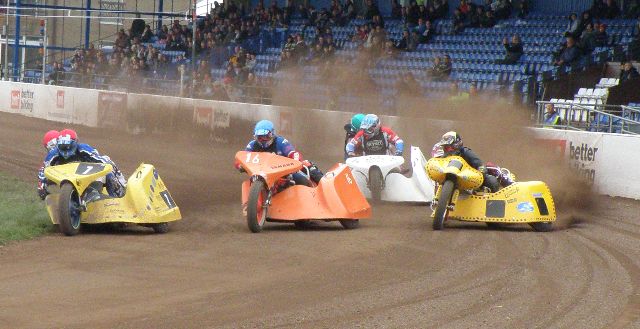 Sidecar racing in the arena proved to be very popular, and it was exciting to watch. The passengers were often parallel to the ground, and as the outfits came past you could get covered in shale, especially if you were standing on the bends. Five hours of sidecar races were programmed, and this gave the riders plenty of time to enjoy themselves. The Moped Mania proved to be very popular as well. 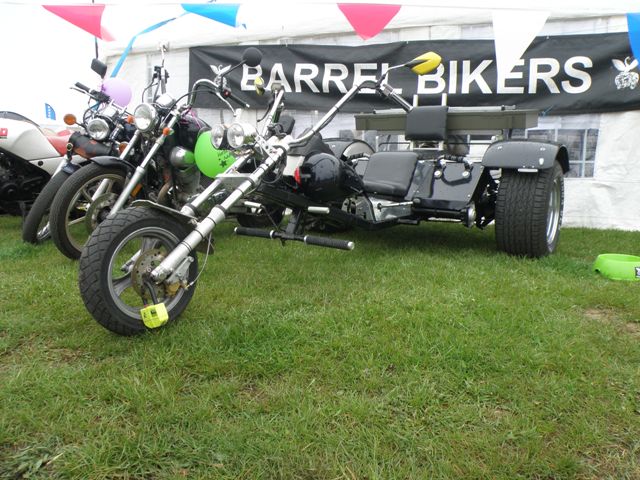 There was some interest in outfits. One chap, who has a Diversion like mine, was taking photos of my outfit. He explained that he had a new addition to his family and this could be a way of taking them all out together. I passed out several copies of Outlook and the Fed flyer to interested parties. At one point we were talking about brakes on sidecars. Dave Baker had us laughing when he recalled his visit to the MOT station with his outfit. The female examiner sat in the sidecar, holding a gizmo that would measure efficacy of the brakes. She told Dave to ride on and then brake hard using just the front brake, Dave doubted the wisdom of this, but did what he was told. As he stopped the examiner slid into the nose of the chair. The outfit passed its MOT!! 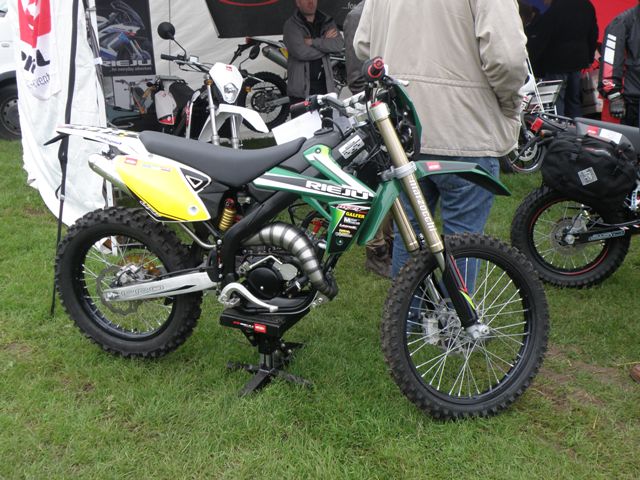 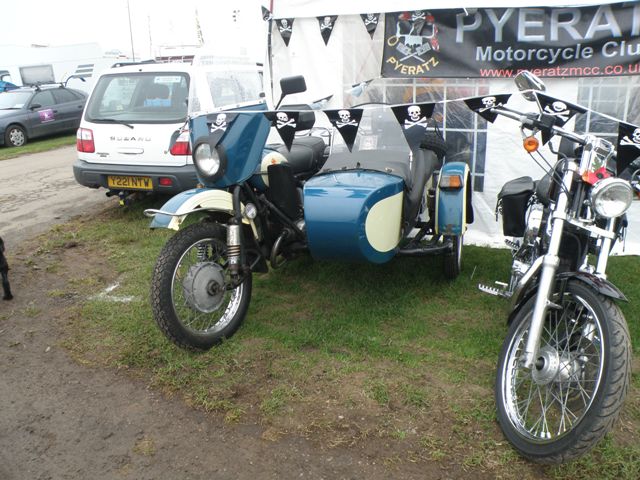 This was still a good show but it seemed a little quiet this year; it could be because of the financial situation, but the weather did not help either. It was decidedly chilly, and even the ice cream vendors shut up early; they must have lost money. At least it stayed dry on the Saturday and the Sunday. 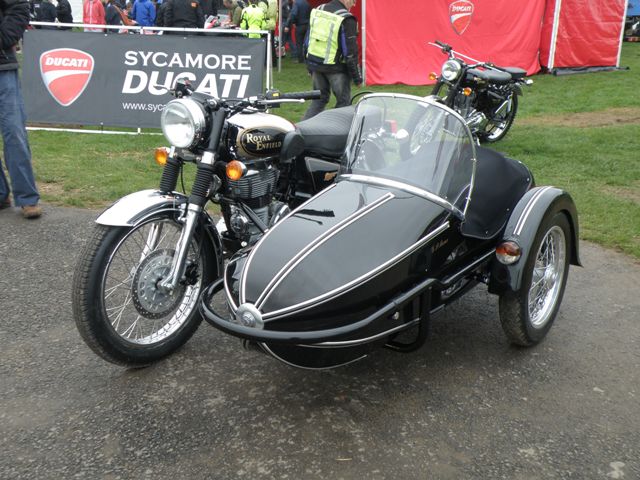 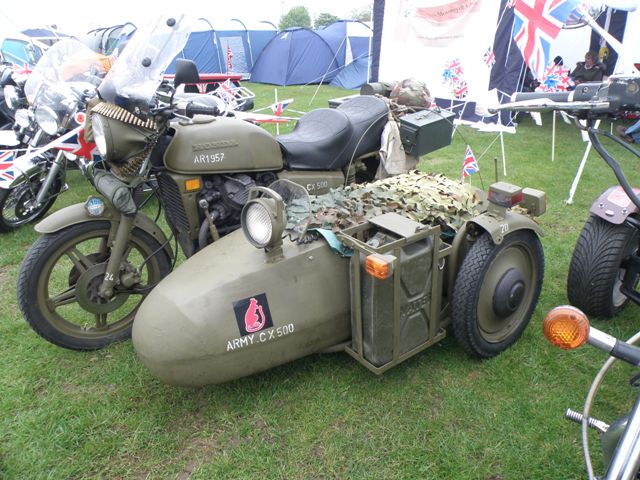 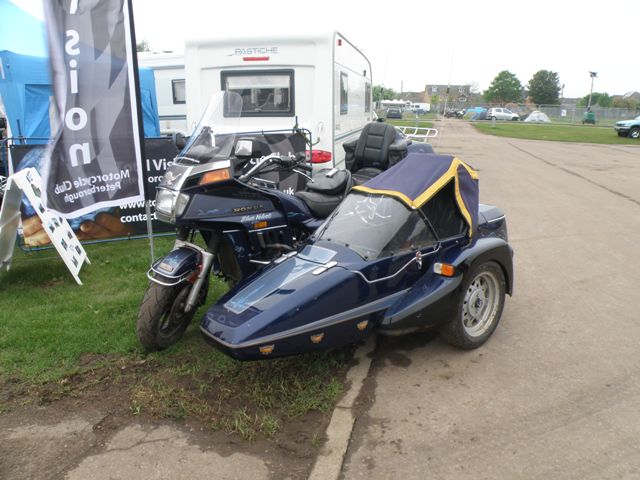 There were lots of bargains to be had at the trade stands and it was nice to catch up with old friends again. 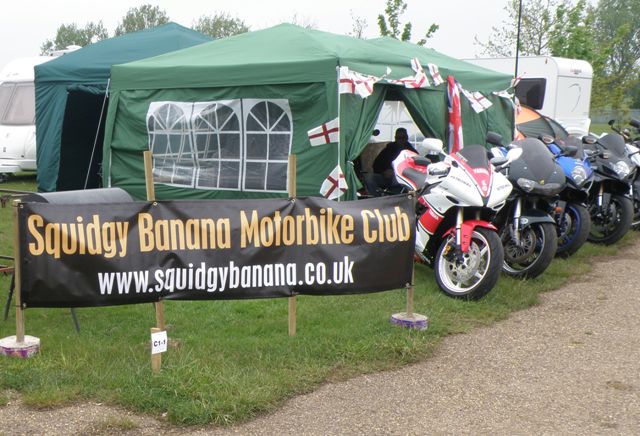 It’s the weekend of 18-20 May, so l find myself on a show ground for the http://www.thebmfshow.co.uk and in the “Club Village” are sidecar clubs stands from, The London Sidecar Club, The Hedingham Sidecar Owners, Tri-Anglia Wheels S.C., Fenland Sidecar Club (Combi-Nation) plus the “FED” stand, quite a display of sidecars! 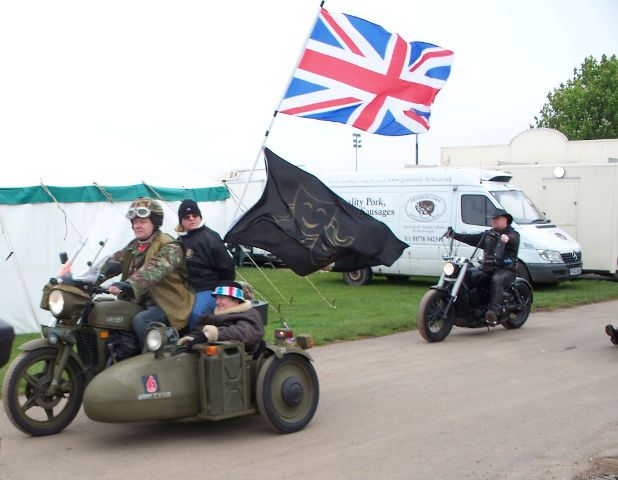 On each sidecar stand you will find “BIG BREW KIT” http://www.guymartinbigbrew.org yes we sidecarrist like to brew or mash our TEA!

Friday evening yours truly & Steve of Sawley strolled over to the Blues, Booze “N” Bikers Bar for our evening meal (good deal, evening meal & breakfast for £10) plus more brew tasting from http://www.elgoods-brewery.co.uk 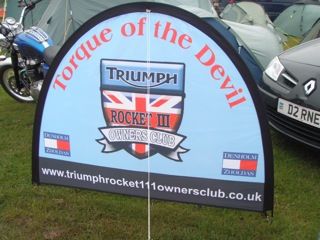 Saturday morning was a time to frequent the other club stands like “Torque of the Devil” http://www.triumphrocket111ownersclub.co.uk and perhaps the time has come the revamp the CX in the corner? http://www.caferacerkits.co.uk ,then think of a number ? http://www.the59club.org.uk 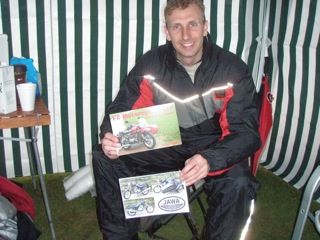 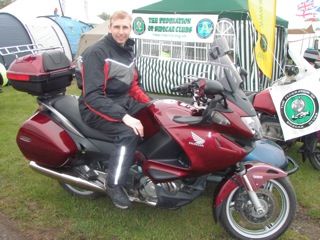 Steve received a text from “Son of Westy” Peter was coming to the BMF via Brisbane, Queensland, Australia, then via Holmfirth (Last of the Summer Wine Country) on his Honda VFR, yes last weekend Dad & Lad was in Oz trail/Adventure riding in that area with Australian friends.

So the next part of our Saturday was period of SHOP TO YOU DROP! Yes, Peter was programmed like his Dad for a BEST PRICE BARGIN! On our way around the stores we meet you with the Greenwoods of the http://www.imtc.org.uk so after our SHOPPING EXPO and our good byes to Pete, it was just great to partake of a Elgoods brew to help soothe our aching limbs! 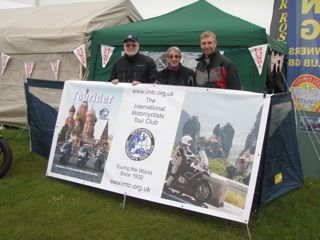 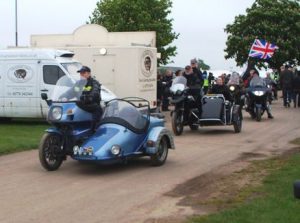 Sunday still very COOL with the wind coming from the POLAR NORTH, however we find yourselves to be GRANDSTAND people and watch a terrific riding display, by http://www.whitehelmets.co.uk 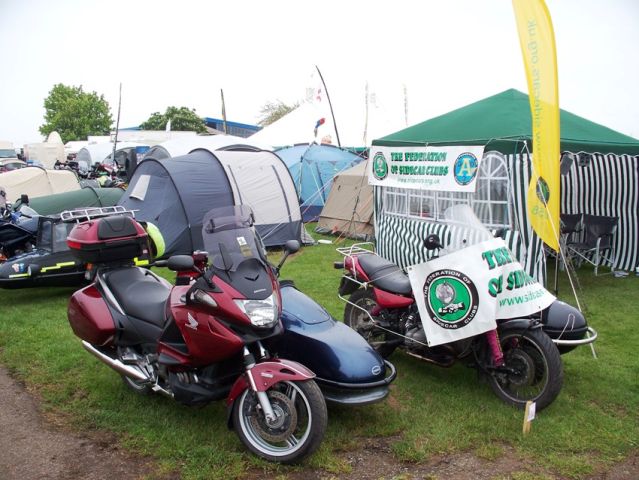