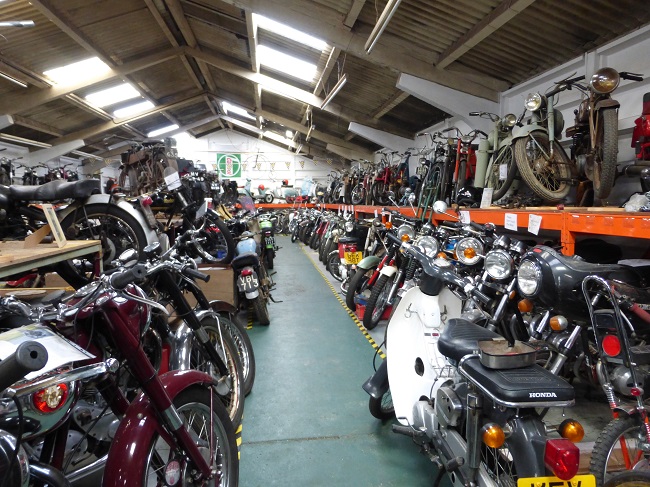 by Skippy the Scooter Rider, yep the new bike is just like a big scooter. 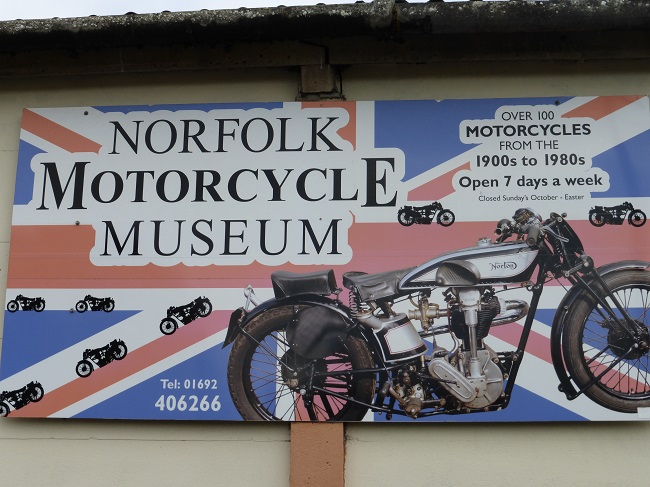 Looking for somewhere to ride to put a few miles on the new CTX, this is so I can get the first service out of the way and start sorting out the sidecar mounts, I thought I would head over to the Norfolk Motorcycle Museum at North Walsham.

I’ve not visited before and having no idea what to expect I was somewhat surprised. Firstly you always get a warm welcome and a short rundown on a few of the exhibits, this was by George who runs the museum with his son Steve and a few other volunteers I believe. 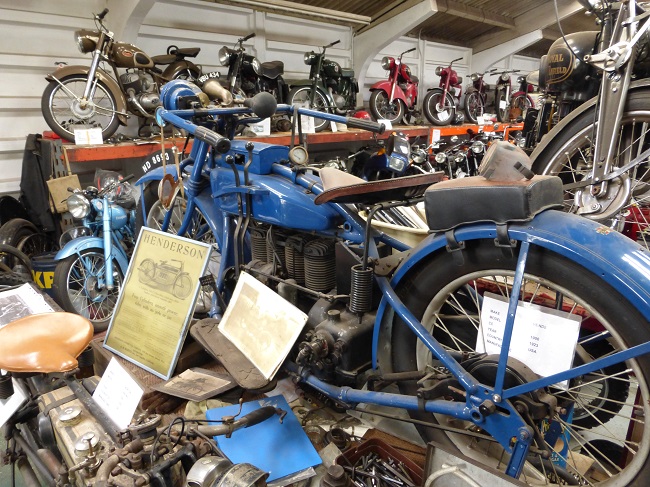 There is some rare machinery within the museum and in various states of (should I say) repair or condition! From what I read when I returned home it appears they tried to acquire the building next door from GBR around 5 years ago, to no avail and then appealed for a larger building they could purchase within a few miles which would be suitable. They are still in the same building and location so it appears nothing suitable has been found. 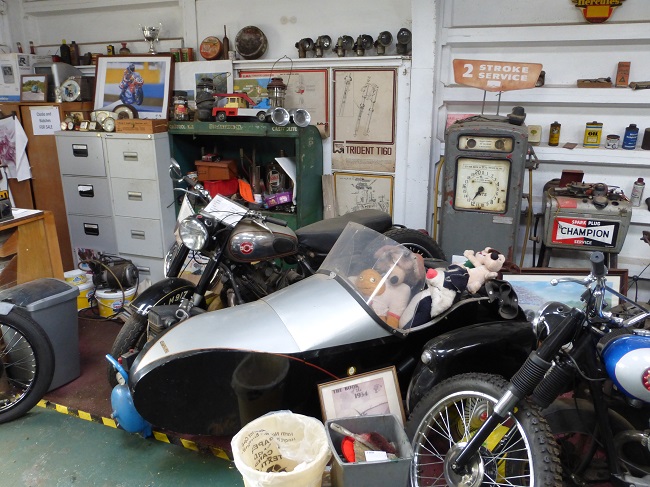 Roy visited in 2008 http://www.realclassic.co.uk/placefiles/places05070400.html you will see from his report and picks it was packed to the rafters. The push bikes no longer hang from the ceiling and it looks as if some of the exhibits when Roy visited have found new homes. My adopted pensioner would have a heart attic looking at the workshop area and lathe, it is one of those where, I know I put it down somewhere but can’t put my finger on it. Yes bits and pieces, bolts, nuts, washers everywhere and you would have to clear a path to get to use the lathe. 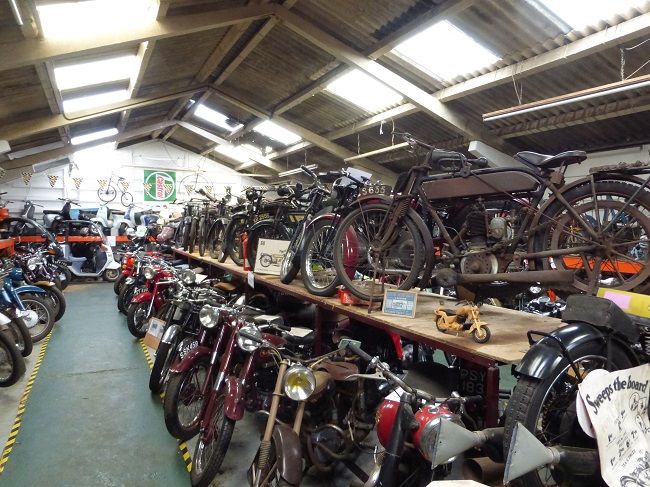 Don’t get me wrong, it is worth a visit, the sooner the better. I recall visiting Lower Stondon Motor museum in 2010 and then 2012 taking a run-out there, basically because what I saw in 2010 I thought it do well to survive and I was right, as last year everything was sold because they couldn’t keep it running. Luckily I told Roy about the museum and he visited in 2013 http://www.realclassic.co.uk/placefiles/stondon_motor_museum_bedfordshire.html Hopefully the Norfolk Motorcycle Museum won’t fall to the same fate as Stondon only time will tell as they say. Here a few more pictures. 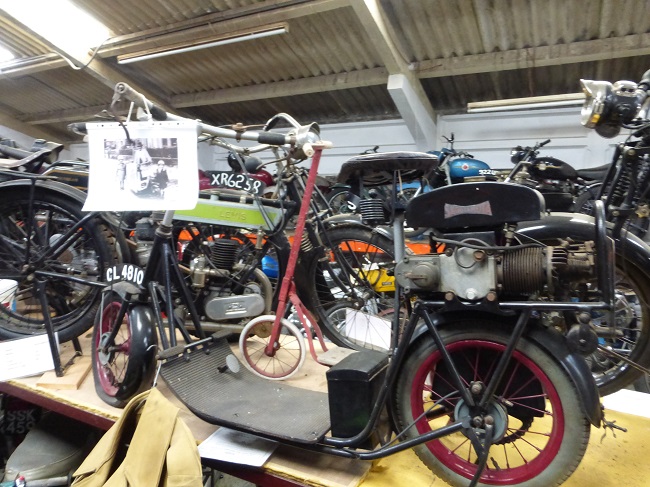 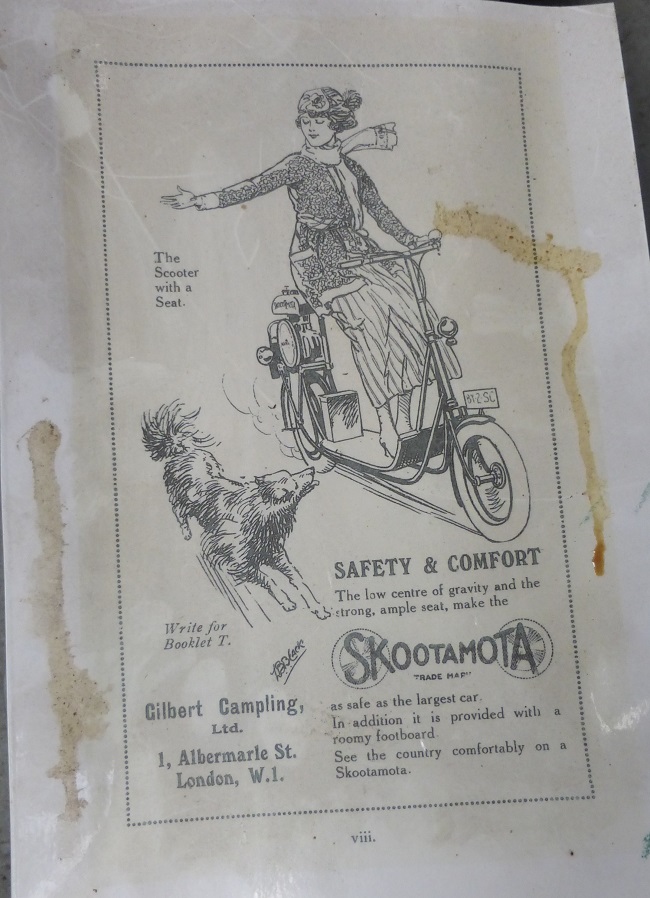 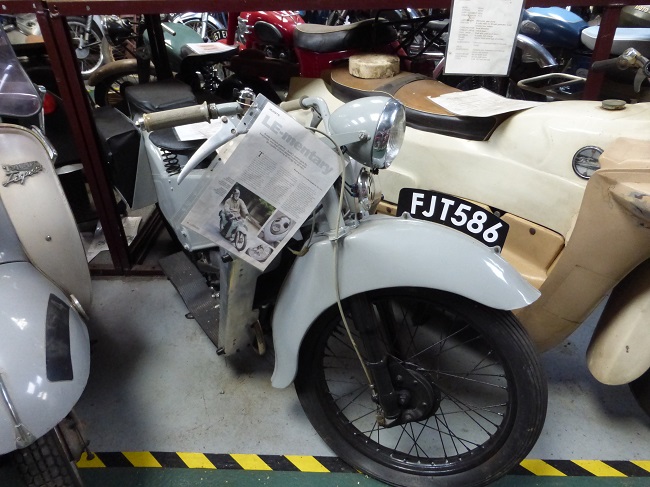 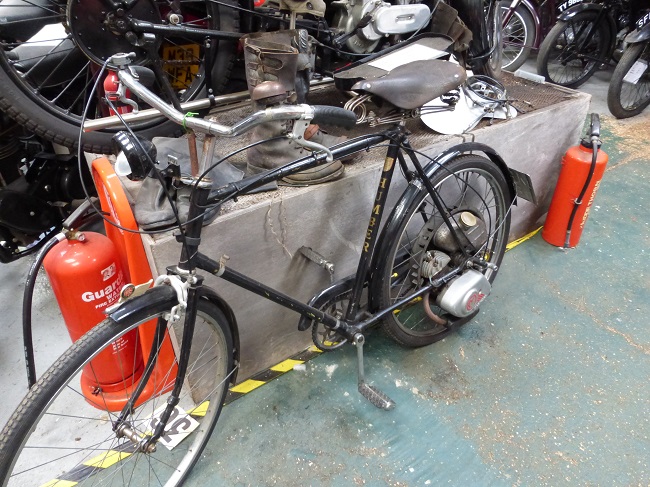 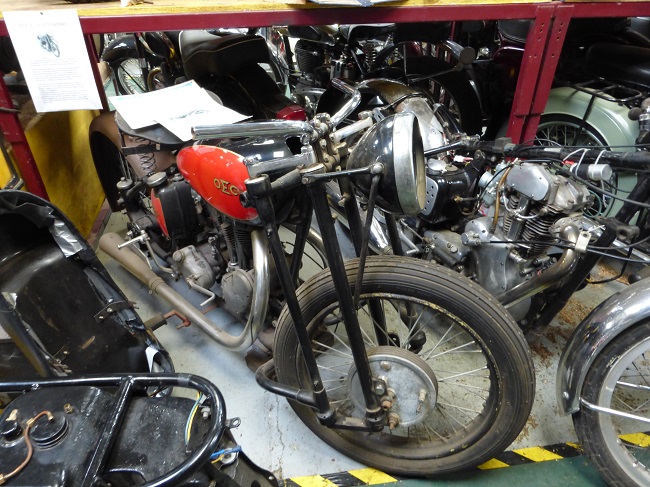 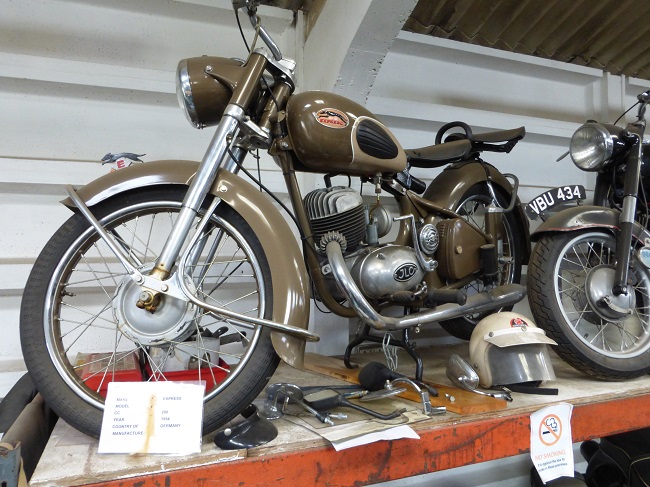 Express Werke AG was a German company in Neumarkt in der Oberpfalz. They manufactured bicycles as well as motorbikes. It was during the 1930s that Express manufactured mopeds and lightweight motorcycles with 75cc and 98cc Sachs engines. The Express above is a 1954 200cc with a JLO engine. George believes it is possibly the only one left in the world. 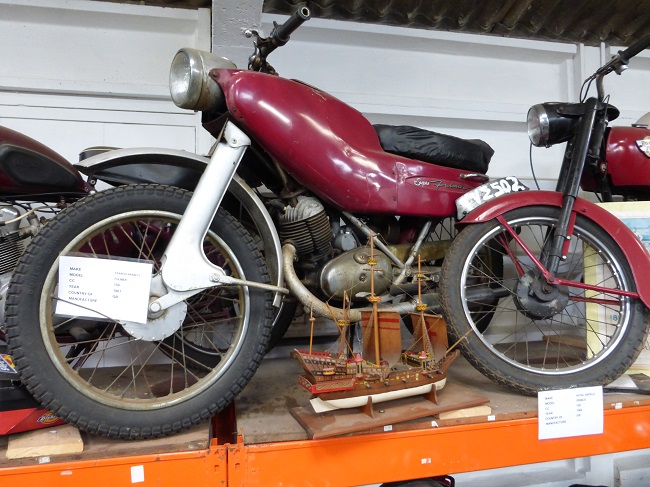 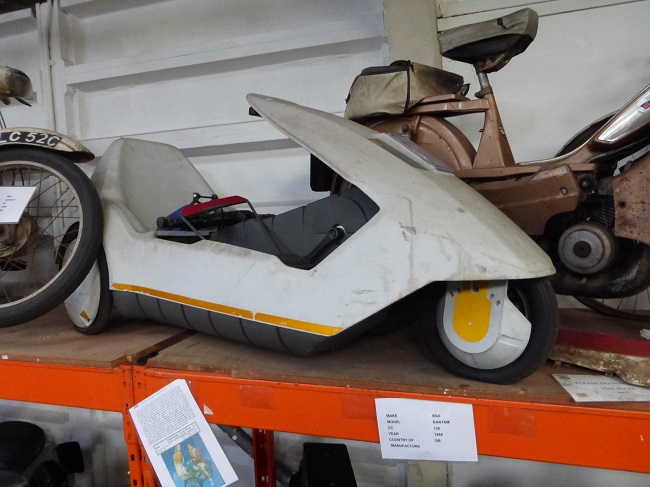 Yep nearly every museum I have been to lately has one. 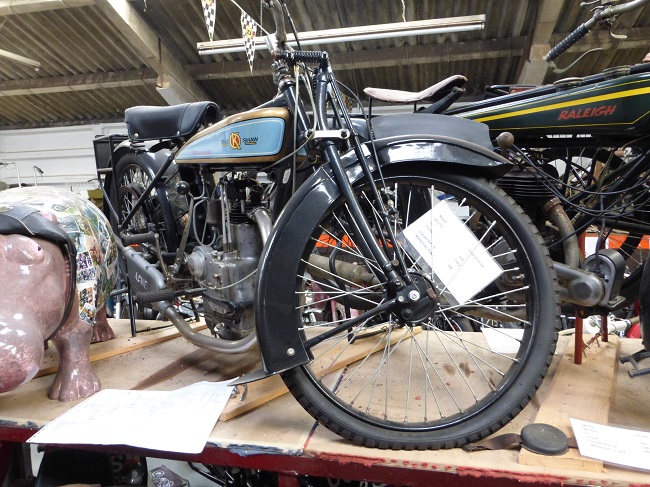 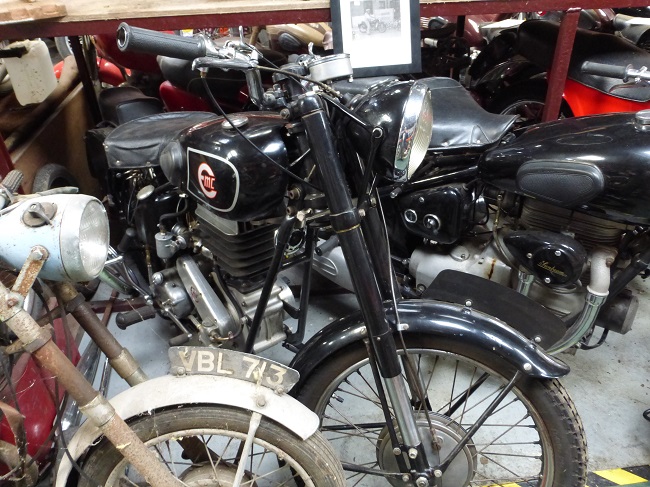