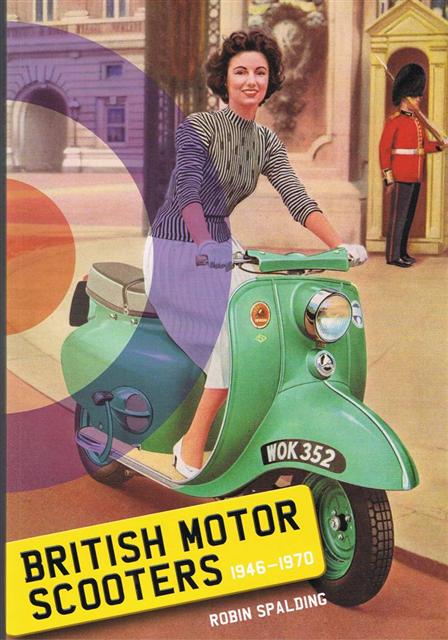 This is an A4 soft-cover book printed on good quality paper, with 190 pages full of illustrations, often taken from period magazines.

I first heard about Robin Spalding whilst talking to Bill Crosby at the London Motorcycle Museum in Greenford. I had been admiring a Sun Wasp scooter on display at the museum, and got talking to Bill about it. Apparently Robin Spalding started collecting scooters, then realised how many there were and decided to concentrate only on British scooters. Robin collected so many in the end that he could not house them all , and some were re-located to the museum. Bill told me that he had taken the Sun to a motorcycle show and was amazed at the interest it generated.

The book touches on early scooters after the First World War, and some from the 1930s; however the main core of the book covers details of over 40 machines, made between the end of the Second World War up until the late 1960s. The machines are listed by production years; this allows you to better see the development and style changes over this period. There are prototypes that never made it into production, the popular ones that we all know and some that we may not have seen on the road before.

I like the snippets of information in the book. Did you know, for instance, that in 1955 a Heinkel 175 cc scooter cost over £10 more than a Triumph Speedtwin 500 cc motorcycle at the same time? There is also an Ariel 3 Museum in the Bristol area. With scooters at this time many would reach 55 – 60 mph, and the faster ones would reach the mid seventies, but looking in my 1951 Motorcycling Guide in 1950 a Vespa 125 cc averaged 81 mph for two hours and a Lambretta, again a 125 cc, averaged 85mph over a four hour period. The production Vespa at the time topped out at 43 mph.

This is a great book and I thoroughly enjoyed it. If you would like to see the entire collection it is on display at the Coventry Transport Museum until the end of March 2013. Entrance to the museum is free, as is the scooter collection. The museum has a fine collection of motorcycles in its own right and is well worth a visit.

Web sites to check out : 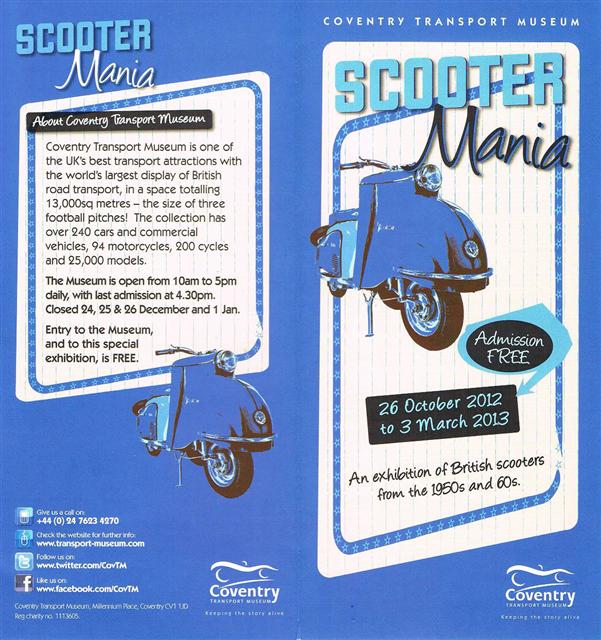