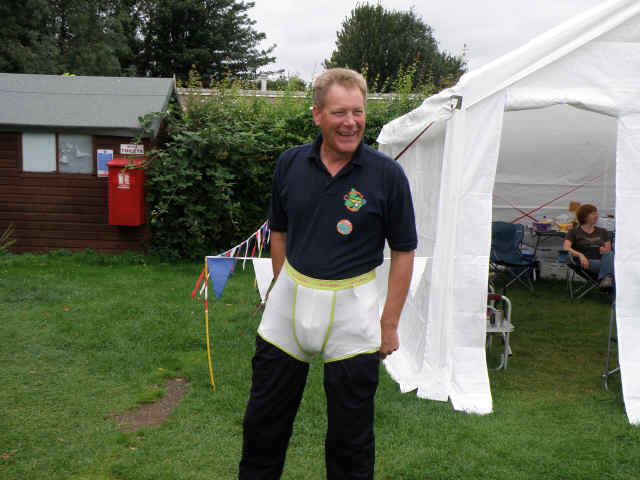 Birthday Boy, it was pants. 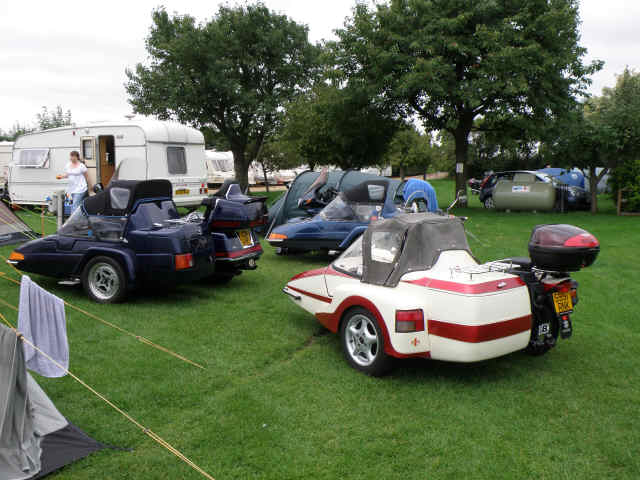 The Wheels club camp was held in the flat lands at the end of a wide and long strip of tarmac. Planning was up in the air (you had to be there to understand), well we didn’t know when it would rain, it was forecast and luckily it rained in the night and not during the day so the run-outs went as planned. 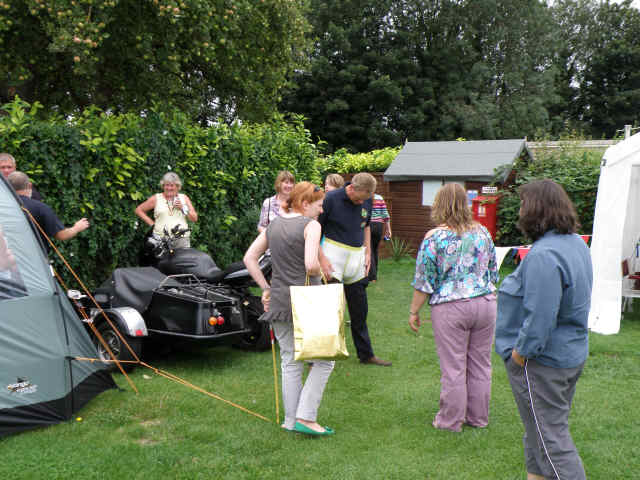 I can’t recall how Thursday evening disappeared so quickly, may be something to do with the fact that me and Denis demolished a bottle of Chairmans Reserve. West Stow Country Park and Anglo Saxon Village was the run out for Friday, http://www.stedmundsbury.gov.uk/sebc/play/weststow-asv.cfm . 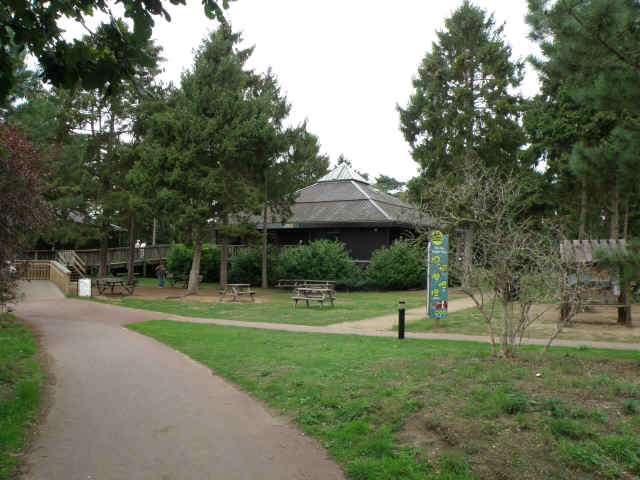 You don’t have to pay to visit the café, Country Park and children’s play area. The only charge is to go into the Anglo Saxon Village, but as the ice cream van was on site I spent my pennies on a big fully loaded ice cream boat. 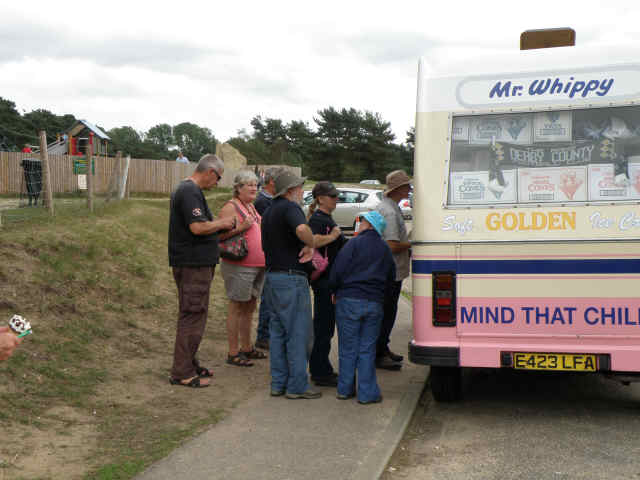 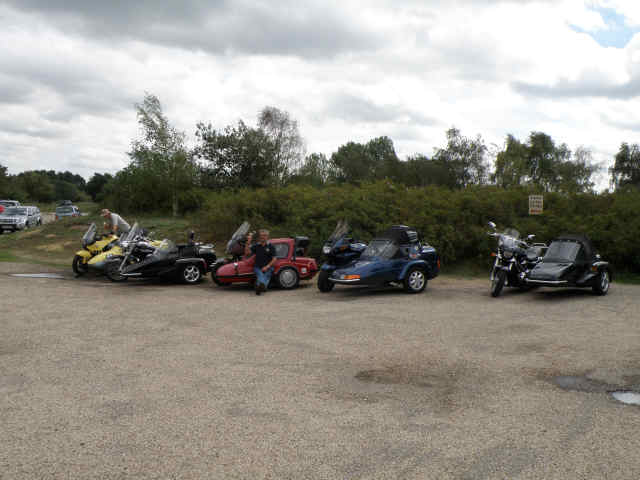 Friday evening I eased back a bit on the booze as I think at Thursday’s rate I would have used all my units up for the month on one weekend. The last of our campers turned up late Friday evening after an epic journey and suffering the curse of the M6. At least she had a big smile on her face and an even bigger one when she found out her hubby was a wee bit damp, camping in torrential rain in the West Country. 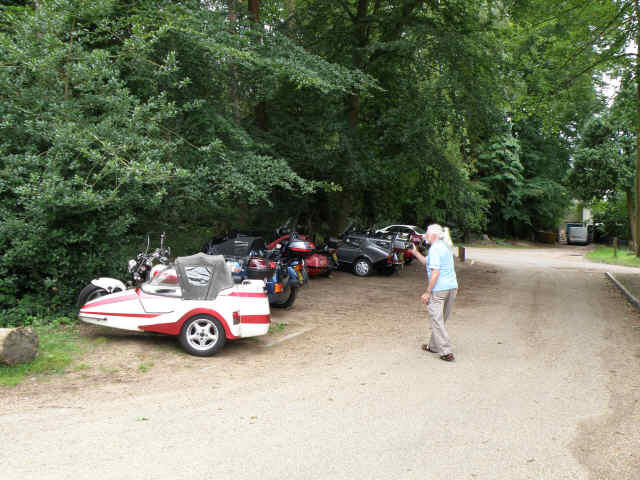 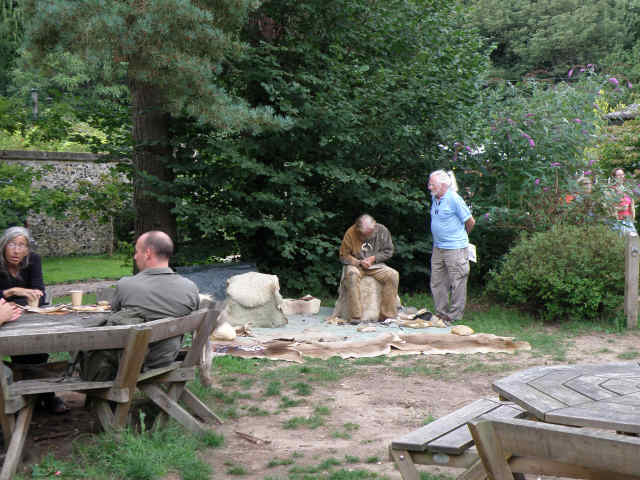 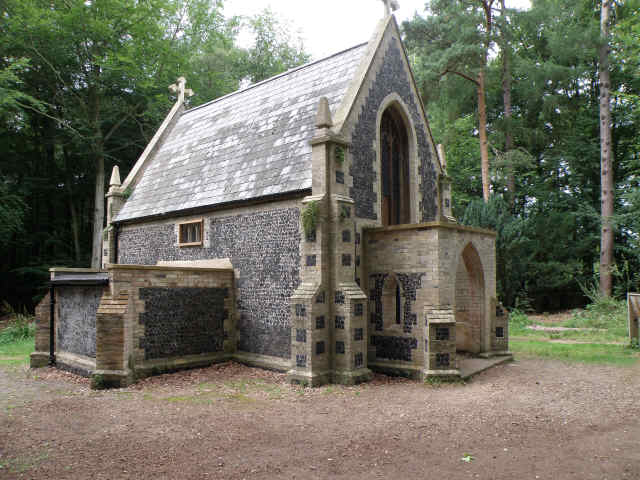 Saturday morning the sun was shining and every one had their hats on and it was time for run-out number two to Brandon Country Park http://www.brandonsuffolk.com/brandon-country-park.asp .

This was via a woodland ride and the village of Santon Downham http://santondownham.org where the bridge has a 3 ton weight limit, so long as Dickie and Spav didn’t cross at the same time with their juggernauts we would be OK.

By Saturday evening I was in a daze, sort of lost in space http://www.imdb.com/title/tt0058824 and for a short while dreamed of the Thursday night campfires that me and Dickie shared on our own, with a bottle of whisky and rum and Lesley delivering cream cakes; this was in the mid to late 90’s when were in the SLAC sidecar club. 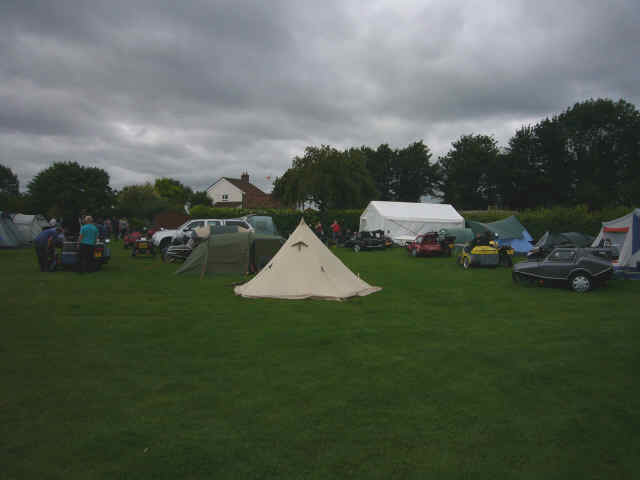 Sunday arrived and it was pack up time, it was quite warm in the sun but the marquee refused to dry quickly so it was a waiting game. Lesley and I were quite happy to wait and pack the marquee on our own, but Mick and Jan stopped and helped us and I thank them for doing so.

Member Michael asked was there a bus from West Row to Ely, guess he wanted to use his free bus pass, the thing is they are few and far between and if you do see a bus in West Row it is most likely the driver is lost!!!!!!! So it was on his trusty BMW to get to visit Ely and then further almost back to Rebo’s land. 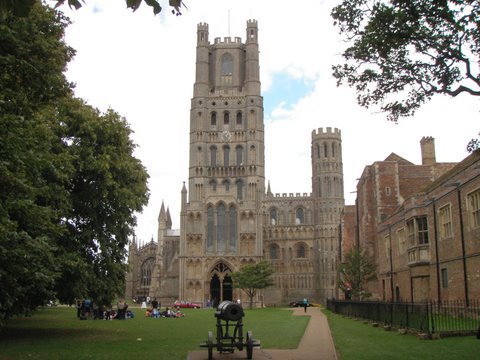 http://en.wikipedia.org/wiki/Hereward_the_wake Now seems that “Hereward Lands” is http://www.usafe.af.mil/index.asp however the campsite is at the end of Mildenhall Air Base runway, ideal place to meet with fellow club members of the Tri Anglia Wheels. Saturday l set of to find out about the man that BANNED CHRISTMAS! http://www.olivercromwell.org/faqs4.htm.Just outside” Oliver’s” home you can find <http://www.elycathedral.org/ 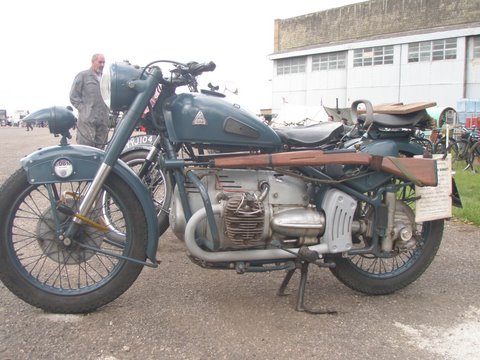 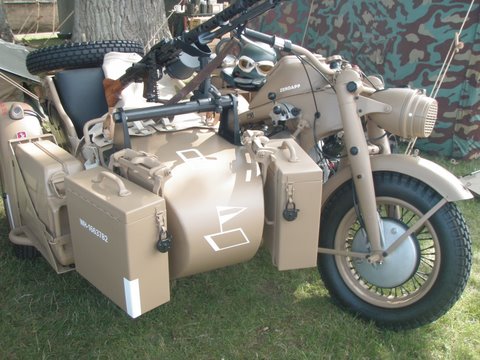 My next air base was to be http://www.ramsey1940sweekend.info/ and time for quick a Spam sandwich http://www.spam-uk.com/ & Camp coffee http://www.sybertooth.com/camp/ Even the Swiss Army turn with a Condor A580 and then the German Army with a Zundapp KS750, 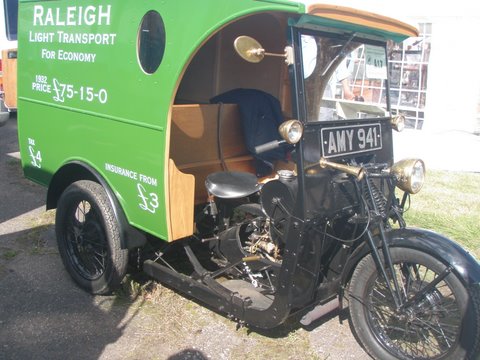 also not forgetting “Dads Army” with Raleigh and BSA. 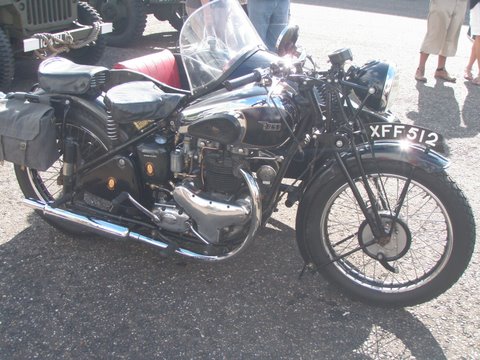 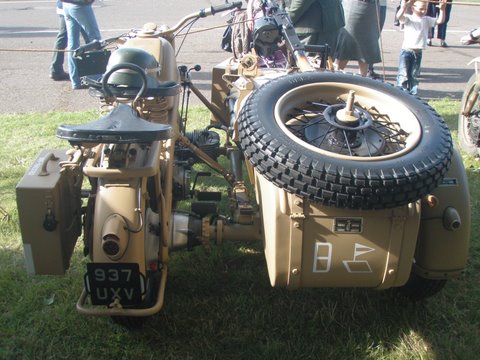 Bye for now from an Anglo Saxon motorcyclist. Michael.