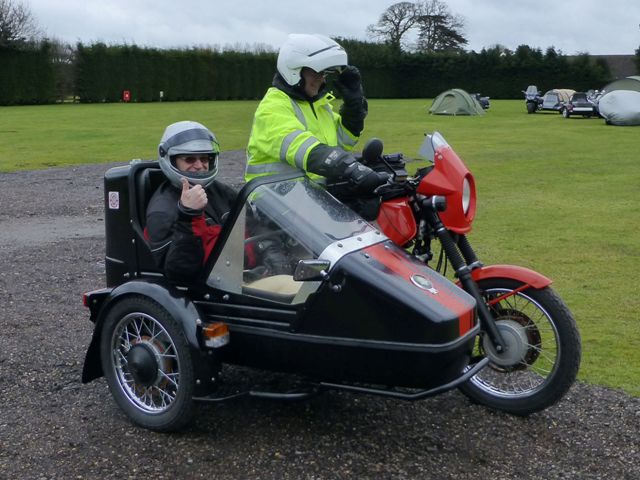 Wolfgang and Roy set off for Wells-Next-The-Sea.

By Roy and Chris,  photos by Wolfgang, The Shark, Roy and Martyn 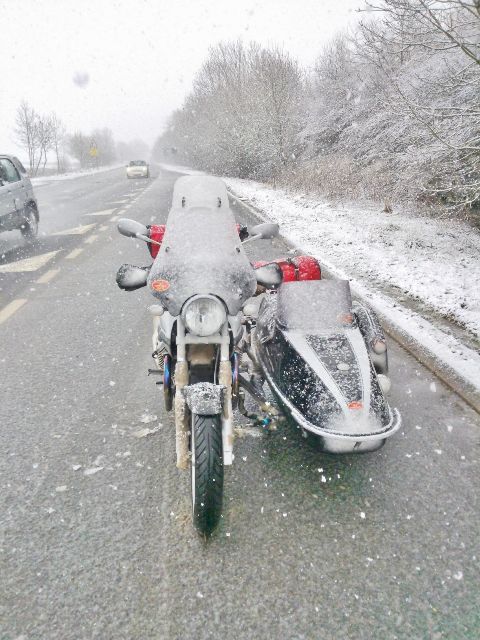 The Shark ran into a wee flurry of snow on the trip home.

This was held at the Kings Lynn Caravan and Camping Centre at North Runcton, close to Kings Lynn. The site is level and well-maintained and it is currently a work in progress. There is a first class new toilet and shower block; this was absolutely immaculate.

My friend, Wolfgang Weckeck, and his friend Michael were due to come over from Germany. Michael was not to keen on camping in the winter, but he found out that the site had wooden “camping pods” available, so he made arrangements to rent one of these instead. However, in the end he never turned up, and Wolfgang decided to use the “camping pod” instead. These pods are each equipped with an electric heater, a microwave oven, a small fridge and a small water heater to allow you to make a cuppa. Each pod also contains a double bed, as well as a double pull-out sofa bed; this was very nice. All you need to bring is your sleeping bag, a pillow and some food, and you

The club was lucky in that there was a large timber shed/pavilion that they were able to hire for the weekend; there were about 30 chairs inside and some tables. I felt that being constructed of timber this helped to keep it warmer, and a 2-kilowatt fan heater kept the place really toastie. Several people said that the pavilion was warmer than a marquee would have been. The turn-out for the weekend was surprisingly good bearing in mind the weather and the fairly rotten forecast, and it was nice to see so many familiar faces.

Wolfgang rode his Jawa outfit from Germany; this time he used the Hook of Holland to Harwich ferry and saved nearly 200 miles, compared to his previous trip, when he used Calais to Dover. At this time of the year the Harwich / Hook crossing has two sailings a day, except for Mondays, when there is only one. 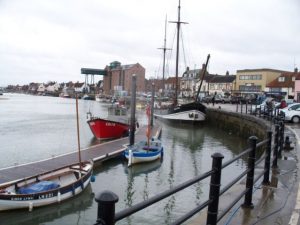 Wolfgang and I went for a ride on his outfit. We ended up on the coast at Wells-next-the-Sea. On entering the harbour car park we spotted free parking spaces for motorcycles, so we used these; otherwise it was £4.50 to park, whether you were there for half an hour or all day. Wolfgang has his own boat, so he is interested in all things nautical. While we were there the tide was out; however we felt that the sea must get rough at times because a lot of buildings had sea defences in place. We had a really good ride the Jawa, which was definitely faster than the BSA 500 cc sidevalve and Steib in which we rode to Bremen in the 1960s. At one time on the trip we pulled into a lay-by

to allow a tail of vehicles to overtake us; however, the little outfit went well, and we even had to ease of the throttle a bit approaching the 40 mph speed limits. The 50 mph limits presented no problems!!! This was a blast from the past, with us doing what we used to do 50 years ago.

The campsite is ideally situated with a good choice of local pubs and restaurants; there was even a local fish and chip shop that were happy to deliver to the site provided that the order was £25 or more.

Kings Lynn, a market town, is three miles away.

We noticed that petrol was cheaper in this area – we saw some stations charging 132.9 per litre. In Sleaford this would be at least 6 to 7p dearer. 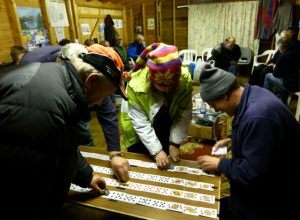 on offer. I won an excellent book on motorcycles, which covers the classic marques, and which contains some 600 photographs. I am looking forward to reading this. 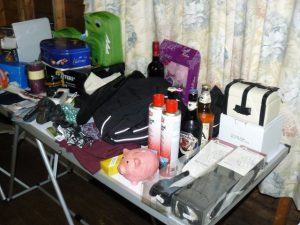 Sunday started with a spot of rain but the sun started to appear a bit later on. Wolfgang pulled out at about 11.30, as he was heading off to Harwich to find a hotel as he had to wait for the boat on Monday.   For the journey home I put the over trousers on again, hoping that this ploy would keep the rain away, but this failed miserably, and I had another free wash from the sky on the road home. We even had some hail at one stage.

It was a great weekend on a nice site and with good company, and it was lovely to see Pat from Hallaton there. Here is the website of Kings Lynn Camping and Caravan site http://www.kl-cc.co.uk for those looking for a top quality site in the area. 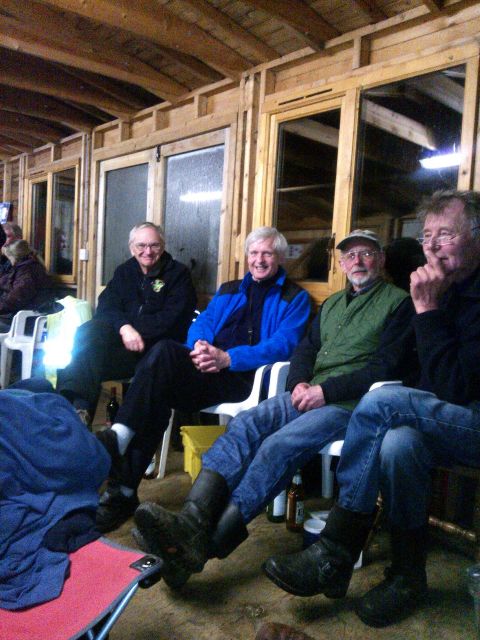 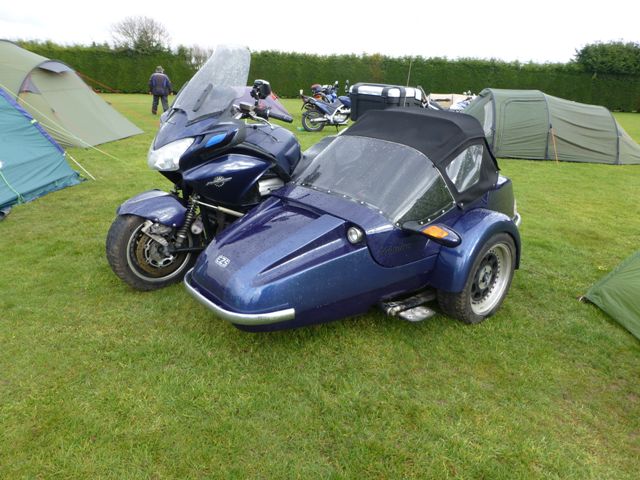 Well, it was time for the new rally season to begin with the Tri Anglia Wheels rally at North Runcton and it was to be a wet one. Martyn had arrived on Thursday to start setting up and managed to secure the shed on the rally field for a fee that can only be described as cheap as chips. The ride there on Friday was a dry one and after a quick cup of tea and a few hellos it was time to get the tent up and it was just in time as the rain decided to start. 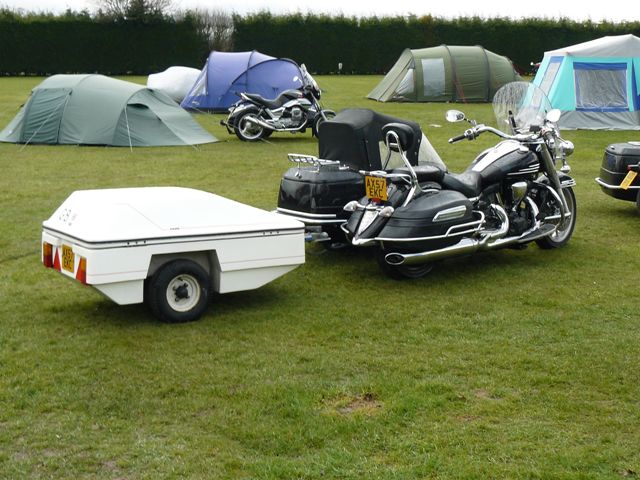 The “Tarts Handbag and Purse”

Friday evening was spent in the shed having a bit of a social and for those who decided on chips, delivery was arranged and a couple of hardy souls set off for the pub. Saturday saw people doing their own thing. The Fenton gang went for a walk to the shops but I think Adam & Toni forgot that Steve is a bit older than them and needed a well-deserved sit down and a cup of tea when he got back. Some went to the beer warehouse and others for a ride around the Norfolk coast. Foz & Toni went off to the pub to watch the Six Nations which was going well until half time when the landlord ousted them from the pub and they were forced to take action and a taxi to another pub to watch the second half. Saturday evening saw the Grand Prix take place with Dave taking the chequered flag. There was also the raffle where the ticket caller was trying to be bribed but it was only a “Tanner” so it was carried out in a proper fashion. There were more chips delivered on Saturday evening and others went off down to the pub. 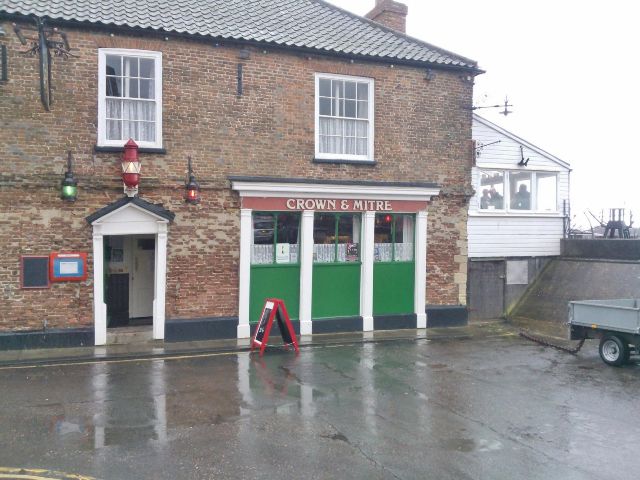 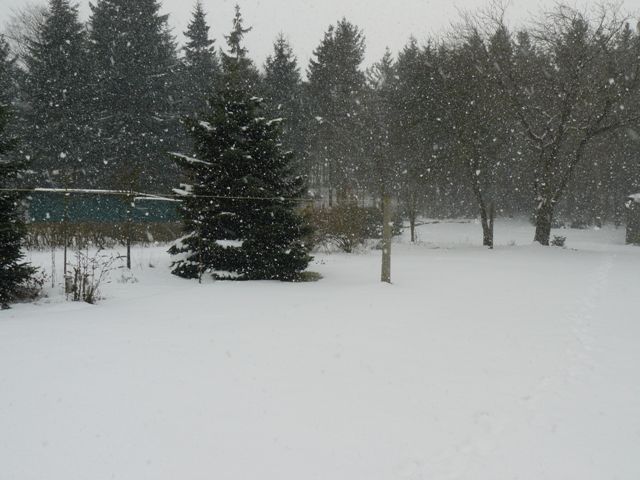 It was snowing when Wolfgang set off from his home in Germany.

Before we knew where we were it was Sunday morning and time to start packing up and heading home, it just went all too quick. Thanks to those who attended and made it an enjoyable weekend and also to my team for putting on a good weekend, I was so impressed that I have decided to stay on as Chairman and, on that bombshell, I wish you farewell for now.

Your Chairman (The One)