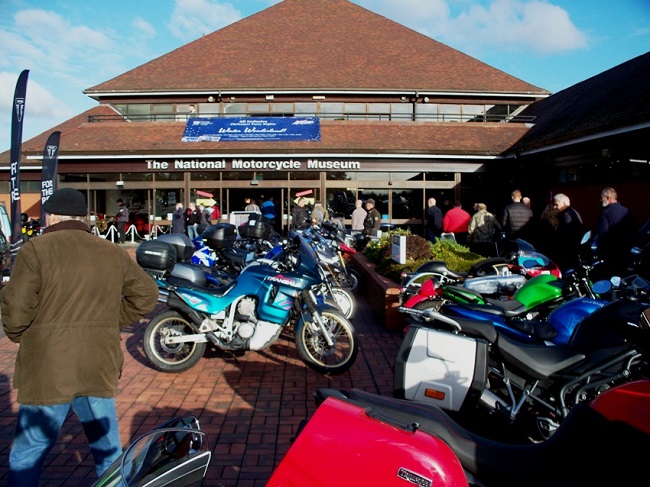 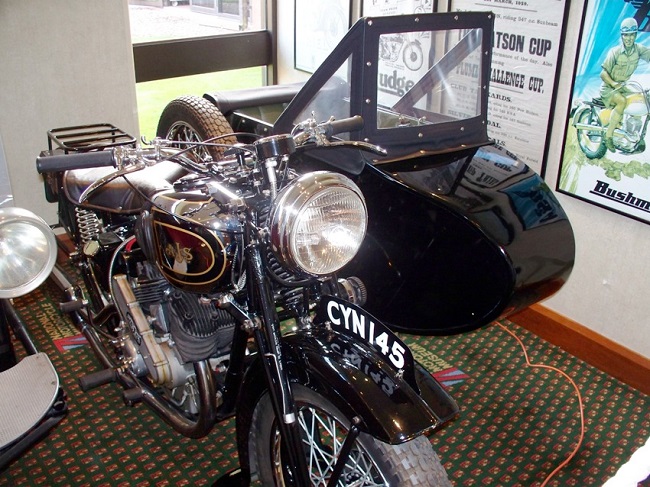 The National Motorcycle Museum in Birmingham has an amazing array of British motorcycles. It has five display halls with 1,000 motorcycles from over 170 makers. Once a year the museum hosts a “Live“ day, and this year it was held on 5th November. The museum really pulls out all the stops and the best bit is that the entrance is free for this day only. The show opens at 08.30 and finishes at 17.00.

This is a special day with lots of additional attractions; for instance this year Carl Fogarty and Jamie Whitham were due to host two chat shows with the likes of Chris Vincent, John McGuiness, Ian Hutchinson and Maria Costello being interviewed. Some race machines were fired up at different times during the day, including a 1975 MV Agusta 3, a 1992 Norton Rotary “White Charger” and a 2003 Works Ducati (these are three out of 15 bikes fired up). Last year these machines were fired up in the car park and they did sound good; this year they were fired up under cover!! There was also a “meet the experts” section, basically for the needs of classic motorcycle riders. There was also an indoor autojumble, as well as trade stands and displays from people like Bonhams and Footman James. 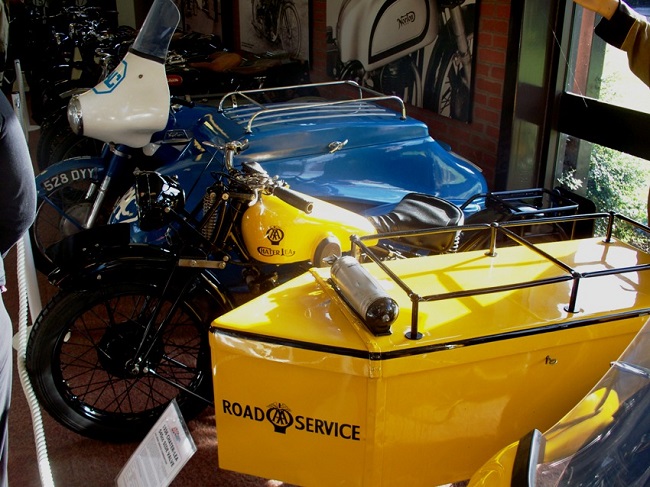 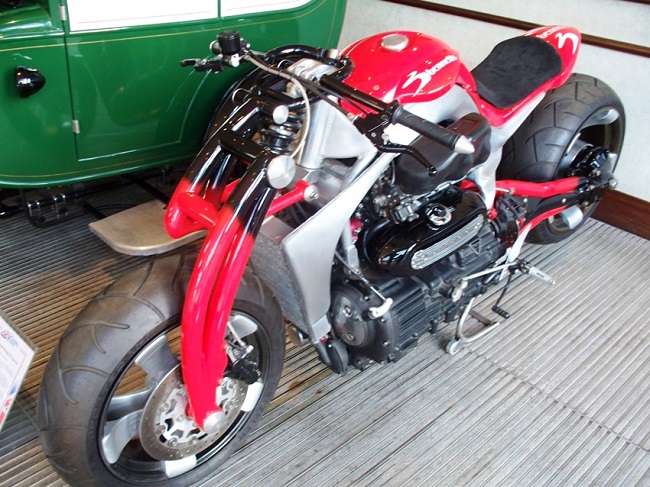 Chris and I arrived just after 09.00 and the museum was already pretty busy. On entering the museum foyer a member of their staff was handing out an informative timetable of what was going on and in which hall. In the first hall I spotted the Watsonian prototype motorcycle with one of their sidecars attached. This particular sidecar used to belong to Dave Hancock, who sold it back to Watsonian’s when they were looking for a period sidecar for their machine. 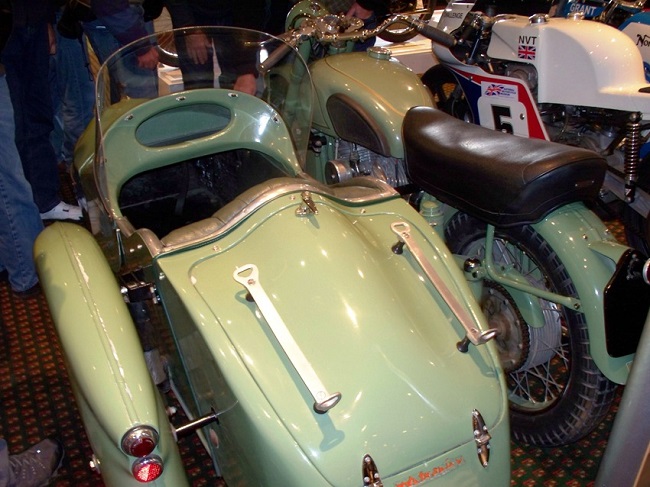 Watsonian did not make a lot of this model as it was expensive to produce. Dave himself is known to some Fed members as he runs the “Round Britain Rally”. In this hall there were also seven other outfits in a row. 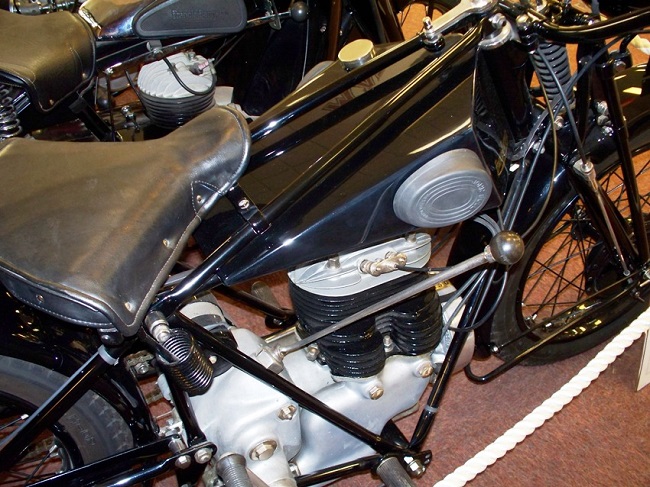 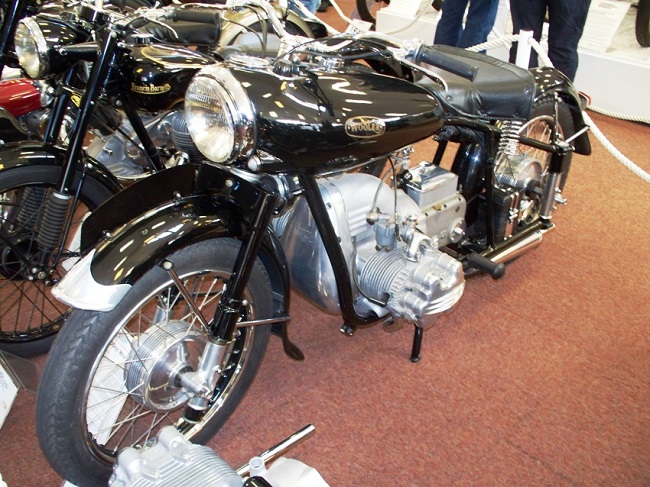 One make of motorcycle that interested me was the “Wooler”. They produced machines from 1911 to 1955. In 1953 they produced a 500 cc flat 4 engined bike with shaft drive, with a top speed of 85 mph. This should have made a nice bike for a chair; however, a lack of finance slowed production and it is believed that only 5 models were made. The bike looked really good. Close by was the prototype Ariel Leader 700 cc from 1962 and a replacement for BSA’s Bantam; both bikes never made production – what a waste of the engineers’ talents of the day!! I wandered around the rest of the halls. 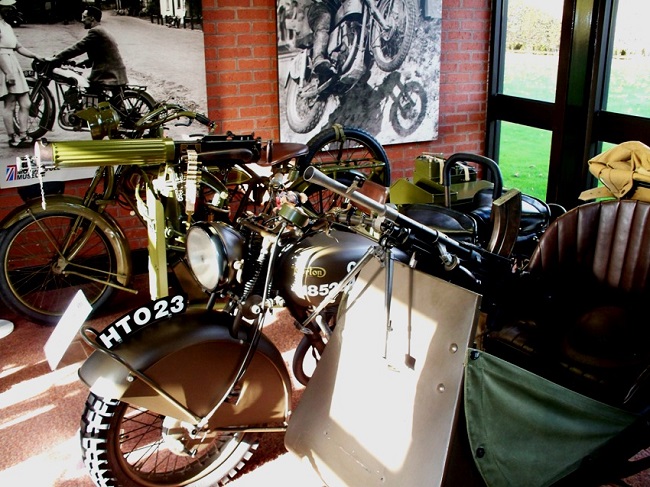 There were plenty of bikes to look at, as well as a nice selection of period sidecars. Chris Vincent’s TT-winning BSA outfit was alongside the Norman Hyde Roadrunner outfit which captured the World Land Speed Record for sidecars at 161.1 mph. Both of these outfits were below the Gillette Mach 3 Challenger –   this was the fastest motorcycle of the 20th century when it reached a speed of 330. 639 in September 1999. 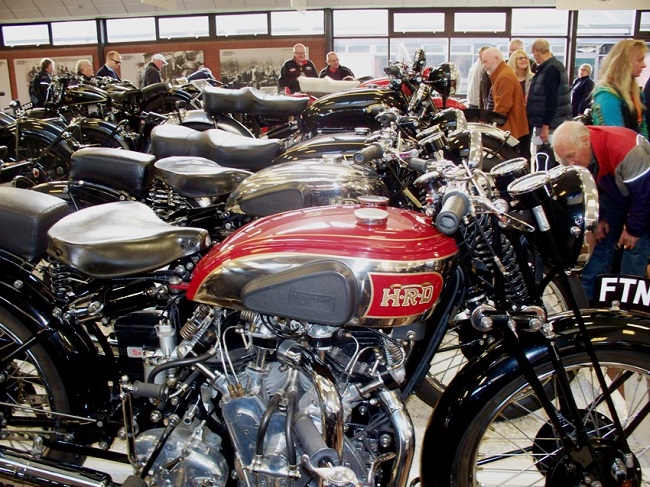 One of the halls had an extensive selection of Vincent motorcycles – this would be of interest to Martyn’s adopted pensioner. 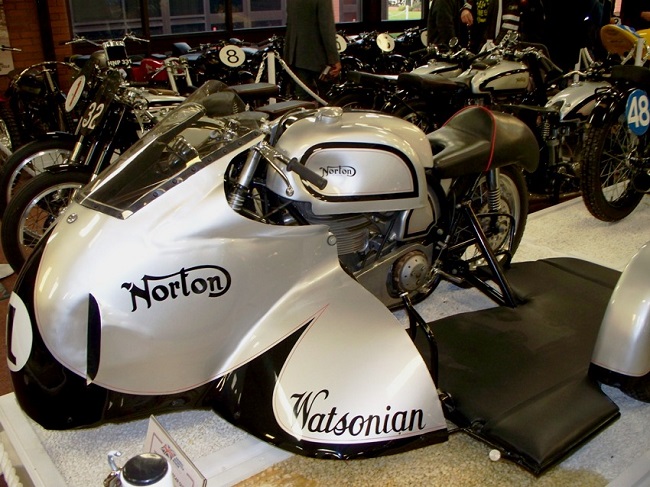 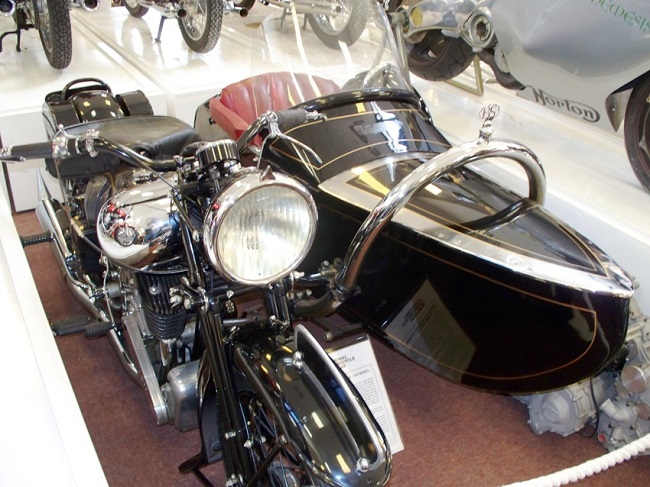 The restaurant was very busy but the museum had thought about this and there was a burger van close to the entrance to the museum, and there was also another food outlet inside the building not far from the entrance. These were useful for riders wanting something warm after their ride there. 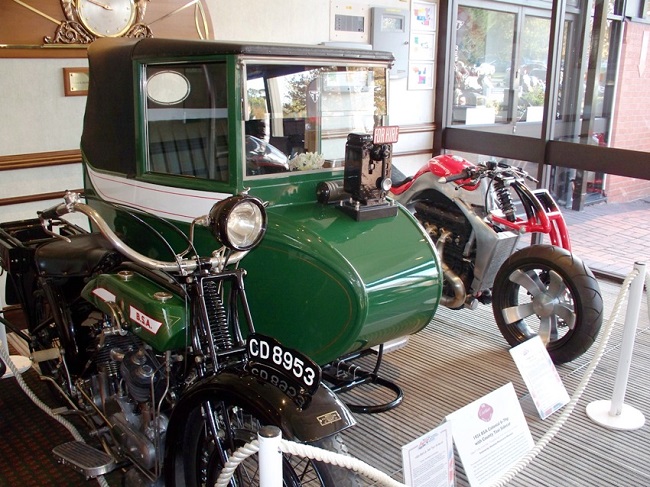 Whilst heading for the entrance foyer I passed John McGuinness by a couple of feet. The foyer always has some interesting things to see, and today alongside a 1924 BSA and Taxi sidecar was a 2007 Triumph Rocket 3 special, commissioned by Bennetts, the insurance brokers. Speaking to one couple said that I felt that the passenger would not have a lot of room on the saddle. Whilst here I meet up with a journalist that I know and through her I met the chap who organises a Vintage Car and Motorcycle Festival in the Market Square at Stony Stratford, near Milton Keynes; this meeting is held on New Year’s Day, and it usually attracts some 600 vehicles of which 250 are two-wheelers. This festival starts at 10.30 and runs on till 14.00. Admission is free, although donations to Willen Hospice would be much appreciated. This could well be worth a ride out. For more information see:   www.vintagestony.co.uk 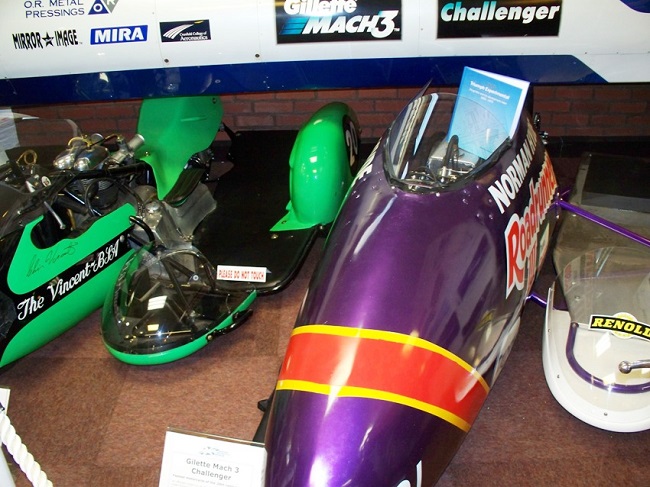 Some authors were selling their books and I purchased two from Frank Melling. I will keep these until Christmas and read them then 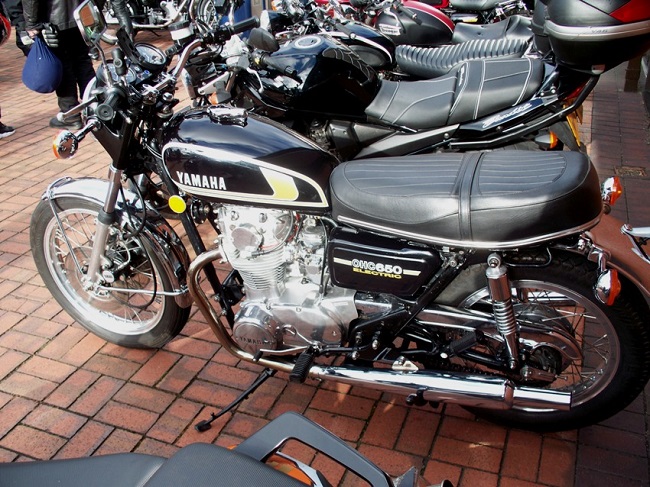 Another nice touch from the museum was a helmet and jacket park for just one pound. They even had a Jazz Trio playing in the bar of the Bracebridge Suite. The highlight of the day was the drawing of the raffle in the afternoon – the prize was a Norton F1. This rotary road bike was easily worth £20,000, so somebody was a happy bunny. 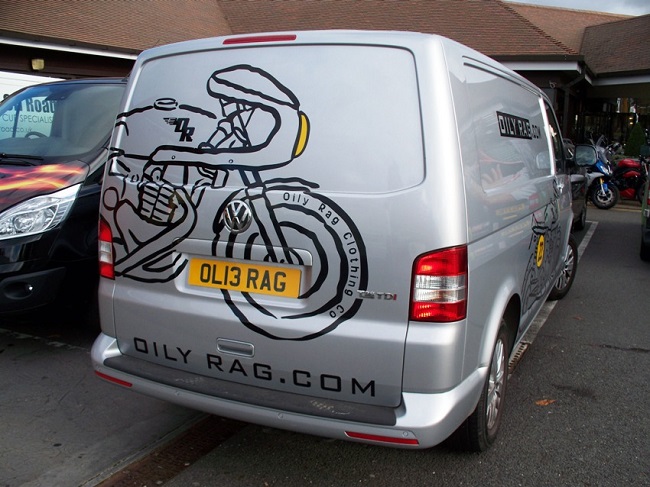 For more information on the museum and its events see   www.thenmm.co.uk